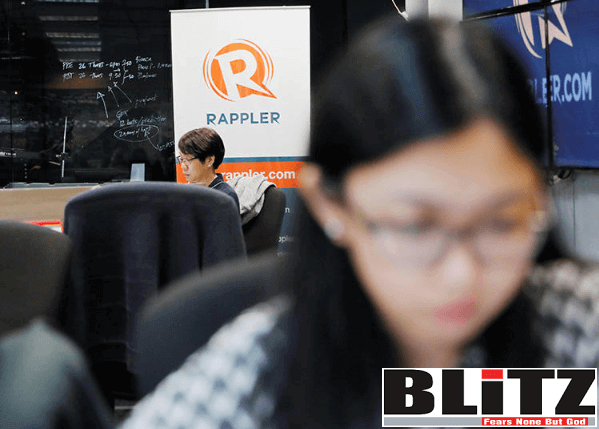 First were the politically motivated state charges that funding provided to the news website Rappler by a U.S. philanthropic foundation represented a violation of constitutional provisions barring foreign control or ownership of Philippine media.

Then came government allegations in April that journalists from independent media groups, including Rappler, the independent media organization VERA Files, and the non-profit Philippine Center for Investigative Journalism, were involved in a conspiracy to discredit and oust President Rodrigo Duterte’s elected government. All four outlets issued statements denying the allegation.

Now, a pro-government media campaign claims that the same independent news outlets and the Philippine press freedom group Center for Media Freedom and Responsibility are in the pay of the U.S. Central Intelligence Agency (CIA), a potential criminal offense under local law.

The campaign claims that the CIA uses the National Endowment for Democracy (NED) to channel funds. CPJ documented last month how the conspiracy allegations have been advanced through a series of op-eds by the pro-government Manila Times, a century-old English-language newspaper currently owned by businessman Dante Ang, who serves as a public relations adviser to Duterte.

Editors and directors of the targeted news and advocacy groups say they fear the op-eds–and their circulation on social media–could be used by the government to justify a clampdown on foreign-funded media in the name of security. All four outlets receive substantial grants from the NED.

Funded largely by Congress, NED was founded in the early 1980s as a way for the U.S. to openly promote democracy worldwide by providing annual grants to non-governmental groups, according to its website.

Melinda Quintos de Jesus, executive director of Center for Media Freedom and Responsibility, said she believes that the pro-government attacks on foreign funding could lead to state charges where the judiciary is asked to rule on what defines foreign ownership of media.

“This could be dangerous for all targeted organizations, as charges could be manufactured, cases filed, arrest orders made and legislation passed to ban our activities. [This government] can apply a legal fig leaf to anything it wants to do,” Quintos de Jesus told CPJ by email.

Ang first published the “Oust Duterte” plot allegations in his paper on April 22, replete with a diagram identifying independent journalists by name. The information was provided by Duterte based on “intelligence information sharing,” presidential spokesperson Salvador Panelo said during a press conference on the same day.

[Editor’s note: Sheila Coronel, who is included in the Manila Times diagram, is a senior adviser and former board member for CPJ.]

Manila Times‘ columnists, including ex-government spokesman Rigoberto Tiglao, have since doubled down with insinuations that funding provided to the media and advocacy groups from NED is actually channeled from the CIA to destabilize Duterte’s government.

“We are a sovereign nation. Why do we allow a foreign power to fund media entities dedicated to painting the duly elected president black, in the hope that the masses, or the military, would be roused to topple him?” Tiglao wrote in a May 1 op-ed. He claimed that the NED’s funding violated a constitutional ban on foreign participation in local media.

Manila Times columnist Yen Makabenta, in an April 30 op-ed, called for the enactment of a foreign agents registration law to “tame in a hurry the intrusive criticism and interference in national affairs by these foreign-funded [media] organizations, whose activities are subversive by design.” Makabenta continued, “Indeed, if they are working for a group like the CIA, they could be working to change the government.”

CPJ has chronicled how governments, including in Russia and China, have passed laws that require bloggers, journalists and civil society members to register as foreign agents in moves that threaten to obstruct the free flow of information, including over social media. Makabenta’s op-ed suggested the Philippines should implement similar legislation.

The U.S. government has denied the CIA is involved in any destabilization plot against Duterte. The U.S. ambassador responded to the claims by saying, “There is absolutely no effort by the CIA to undermine the Philippines leadership,” according to reports.

The allegations adhere closely to the Duterte government’s complaints and claims against critical local media. At an October 12, 2017 press conference, Duterte claimed that Rappler was funded by the CIA via NED: a claim the news organization vehemently denied.

In the same comments, Duterte announced–using foul language–his intent to drive the CIA out of the Philippines. He repeated the accusation that Rappler was involved with the CIA, during a February 22, 2018 press conference, Reuters reported at the time.

His government has since piled up lawsuits against Rappler, including a charge over foreign funding it received through depositary receipts from the U.S.-based philanthropic investment firm, Omidyar Network, that threaten to jail its executives and revoke its operating license.

Ellen Tordesillas, president of VERA Files, an organization founded by local journalists, told CPJ that the Manila Times op-eds are “lies being propagated by persons allied with President Duterte” to discredit independent journalism.

“After their tale of an ‘Oust Duterte plot’ by media groups fizzled out, they are now trying to poison the public’s mind by demonizing foreign funding, saying such grants are illegal,” Tordesillas said.

“Foreign grants are not illegal…[They] allow independent media like VERA Files to empower the people with information that is important in their decision-making, as well as strengthen their capability to fight disinformation.”

VERA Files and Rappler are fact-checking partners for Facebook in the Philippines.

The Manila Times did not respond to CPJ’s email requesting comment.

“These moves are insidious and dangerous,” said Ressa. “As technology has proven, a lie told a million times becomes the truth,” she said, referring to the foreign funding claims. “More so when it’s a concerted campaign from social media, government co-opted media, and from the podium power [of the presidential palace].”

“It’s clear there will be consequences if journalists keep asking hard questions,” she said.

A veteran journalist with one of the targeted groups told CPJ that she fears the campaign will give the government justification to legislate against foreign funding for local media and eventually shut down their operations.

“Given the [Duterte administration’s] capture of the judiciary,” said the journalist, requesting anonymity due to fear of reprisals, “there is nothing this government can’t do.”

Philippine media is already under heavy fire. A coalition of local media groups reported on May 3, World Press Freedom Day, that at least 128 attacks and threats have been committed against journalists and media members since Duterte rose to power in 2016, with almost half attributed to state agents.

Much of that harassment occurs online, where pro-government users often threaten journalists who report critically on Duterte and his policies, including his drug war, in which thousands have been killed.

A CPJ fact-finding mission to Manila in mid-April found the “online harassment of journalists is highly organized and vicious.”