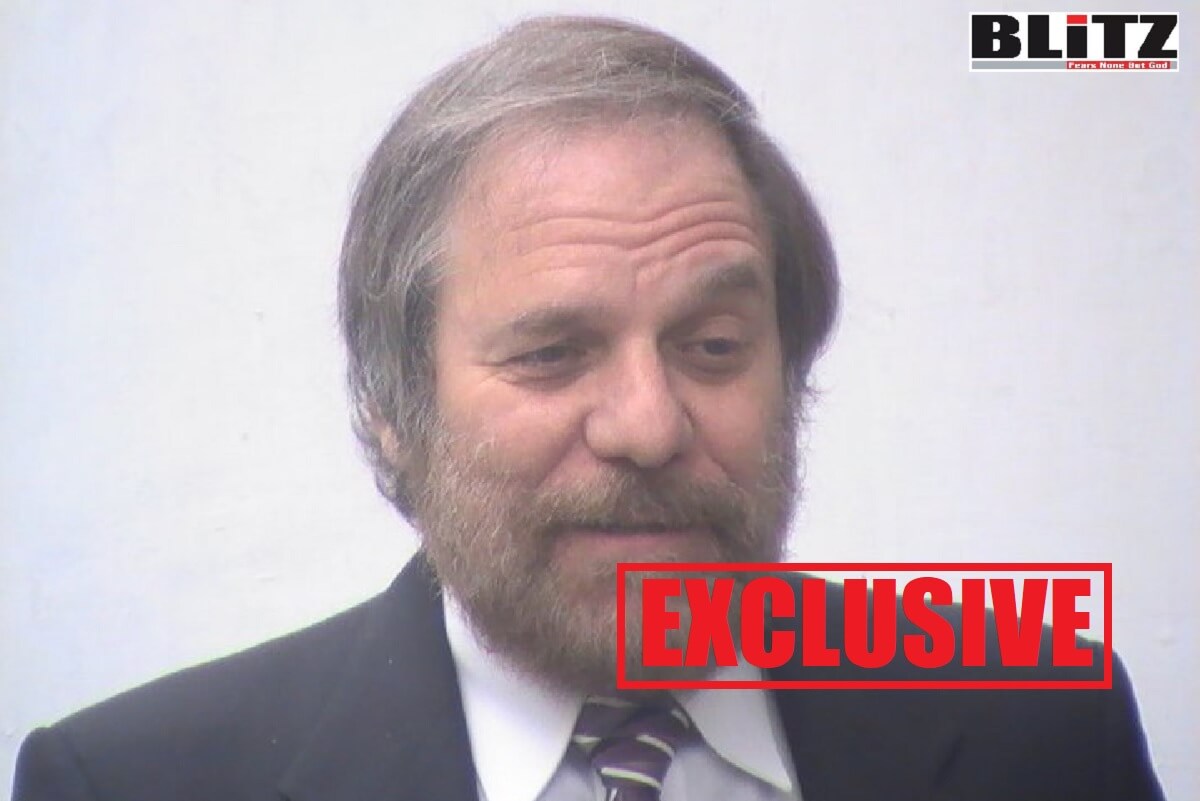 For the past two decades, an American national named Richard Benkin has been enjoying almost a saintly image amongst Hindus in India while he also emerged into the neo-Messiah or savior of Baluch and lately Afghans. On social media platforms and through his website called ‘Interfaith Strength’, Richard Benkin was regularly boasting of “great success” in pursuing cases in favor of Hindus and Baluch in the US Congress and Senate as he claimed to be having connections in the US Capitol. But his efforts were no charity or selfless actions. By showing dreams through false promises of getting Hindu properties in Bangladesh, which had been taken by the Pakistani regime, Richard Benkin was collecting hundreds and thousands of dollars every year. Few of his top-commanders for collecting such fund in India were Shipan Kumer Basu (a fraud who is currently on run following infamous SSC scandal in West Bengal, India) and Amitabh Tripathy (member of Benkin’s organization named ‘Forcefield NFP’). He also was maintaining deeper connections with several individuals in Bangladesh, including Robin Ghosh, a senior lawyer at the Bangladesh Supreme Court.

In Bangladesh, Richard Benkin was maintaining his existence through getting published in The Asian Age, an English-language newspaper. In addition to this, he was writing in several minor websites. Visiting his Facebook profile, people would see a photograph displayed as ‘Featured Photo’, where Richard Benkin is seen with Indian Prime Minister Narendra Modi. He surely is displaying this photo to fool everyone with the false impression of being an individual having connections with Mr. Modi. In reality, this photograph was taken almost two decades ago when Narendra Modi was the Chief Minister of Gujrat and was sanctioned by the US government. Following his very brief meeting with Narendra Modi, when Richard Benkin had handed him a book written by him, Narendra Modi never granted him any further meeting appointment as by then he came to know about Benkin’s dubious activities and extracting cash from Hindus.

Yes, Richard Benkin was using Hindus as cash-cows and was fooling them for years. As his extorting business started getting dried as within few years most of the Hindus who were contributing money for his “noble mission” realized – they actually were cheated by this man; Richard Benkin picked up another “mission”. This time he was talking about defending the Baloch populace, who are being brutally persecuted by Pakistani regime. This time again, Benkin began taking cash from the Baloch people with false promises of making their struggle against Pakistan a “lead story in the international media”. Being convinced of Richard Benkin’s “huge influence” in Washington and Jerusalem, Baluch leaders invited him to Thailand and hosted him as a speaker in a seminar. They provided air ticket, hotel, and food along with a handsome amount of “honorarium” for his lecture. In Thailand’s capital Bangkok, Richard Benkin took full advantage of the simpleness of the Baloch people. He got indulged in asking few female Baluch activists to join him in dinner (although bills had to be paid by the guest) and made indecent approaches. He even did not hesitate bringing Thai sex workers in his Bangkok hotel room. Seeing such nasty character of Richard Benkin, Baluch leaders realized – they have chosen a wrong person and their money was totally wasted.

But a shrewd Richard Benkin would still succeed in continuing his fraudulent venture if he was not caught into a massive scandal in 2020. Thanks to Chris Blackburn, a Political Analyst in UK for brining the following matter to the attention of Blitz team.

The priority is the safety of vulnerable people. I don't really care about @AudreyTruschke motives.

Richard Benkin defrauded and abused the weakest in American society. Drug addicts and the elderly.

Why would anyone in their right mind think he cares for Afghans or Hindus? https://t.co/gwlURKYgnv

According to the Chicago Tribune report:

A nursing home administrator who took homeless people to a troubled central Illinois geriatric facility had been barred by regulators from working in long-term care centers after he physically abused a patient at another home, state records show.

Meanwhile, the Chicago social service agency that sent most of the homeless to the home said Thursday it had been duped into thinking the facility was a treatment center for recovering substance abusers and AIDS patients.

But state health officials and local police concluded that no such treatment was available at the Lexington Nursing & Rehabilitation Center in Lexington, a town of 2,000 north of Bloomington.

The state Public Health Department closed the 52-bed facility Monday after determining that poor staffing and a series of violent incidents had created a dangerous environment for its 26 residents, including 20 older patients relocated to other homes. The other six, ranging in age from 21 to 46, returned to Chicago.

During a survey of the home last October, state officials notified Lexington’s Chicago-area owners that the unidentified administrator had been placed on a state warning list because of the abuse, according to state records.

State regulators declined to identify the administrator. But records show that they told Lexington’s owners to fire him.

Nonetheless, when regulators returned in January, they found the man still on staff. Between the two visits, the man was charged with misusing a credit card in Champaign County and was sentenced to probation, records show.

An official of the Chicago agency, which operates a homeless shelter, said three representatives of the Lexington facility visited the agency’s West Side headquarters last fall and made a pitch to take clients to the home 11 miles north of Bloomington.

Lexington “misrepresented itself when initiating this relationship,” said Denis O’Keefe, development director for the Chicago Christian Industrial League. In agreeing to send five people there, the league said it believed the facility “specialized in providing long-term drug and alcohol abuse” treatment.

O’Keefe said he was unaware that the facility had a history of health and safety violations dating to at least 1997, when it was called Berkshire Manor of Lexington. In 1998, it was sold to the current ownership group led by Richard Benkin of Mt. Prospect.

Benkin and his fellow owners did not return calls Thursday.

“We are deeply disappointed to learn of the distressing situations that arose at the facility and regret that the league was involved in referring these individuals to this program,” O’Keefe said in a prepared statement.

The league wasn’t the only party left disappointed. Michael LaRue, a 35-year-old Chicagoan suffering from drug addictions and seizure disorders, agreed to go to Lexington after his mother and league staff convinced him that he could get help there.

“In a way, sir, I thought, `Ohhh, this is something. This is a blessing,’ ” LaRue recalled Thursday outside the league’s West Side office. “But I wondered . . . why would they put me in a place where there were all these old people,” he added.

LaRue also described being attacked by another younger resident inside the home on March 2. “He tried to scare me. He pulled out a knife on me,” he said. The man placed the knife against LaRue’s neck, but LaRue was only nicked when the man slashed at him, LaRue said.

“I went to the front desk and reported it, because there were old people and ladies working there,” LaRue said. Police came a couple of hours later, and Irving White, 47, was arrested. White is in McLean County Jail on charges of aggravated battery.

White and another younger resident with an extensive felony criminal record, Wayne Lee, 46, were not referred to the home by the Christian Industrial League, O’Keefe said.

LaRue, noting the sign on the facility said “nursing home,” said he wondered, “How could this be a nursing home and a rehab center at the same time.”

In fact, it wasn’t, authorities said. State investigators said they observed LaRue spending a day doing nothing but smoking cigarettes and watching TV. Nursing home and police records said that LaRue and other arrivals from Chicago frequently visited taverns down the street to buy food and liquor.

Their presence transformed the home from a quiet fixture in town to the center of police activity, said Lexington Police Chief Spencer Johansen.

A recent state survey of the home found that basic medical exams of the younger residents were not done in many cases.

But the homeless residents weren’t the only ones who didn’t get what they were promised. In one instance, a “Group Music” therapy session for elderly residents consisted of no more than an employee putting a cassette tape in a stereo and leaving the room, state records show.

A former owner of the Lexington home, Lee Cotton, said Thursday that he had sold his interest in the facility and one other nursing home in mid-January. Cotton said he divested himself for financial reasons, not because of any concerns about the quality of care at the facilities.

A chain of Lombard-based nursing homes, Lexington Health Care Centers, has no affiliation with the shuttered facility in Lexington. John Samatas, president of the Lombard-based chain, said he was “flabbergasted” that a nursing home would fill empty beds with homeless people.

We shall continue exposing Richard Benkin.

Sonjib Das in a Staff Correspondent of Blitz.