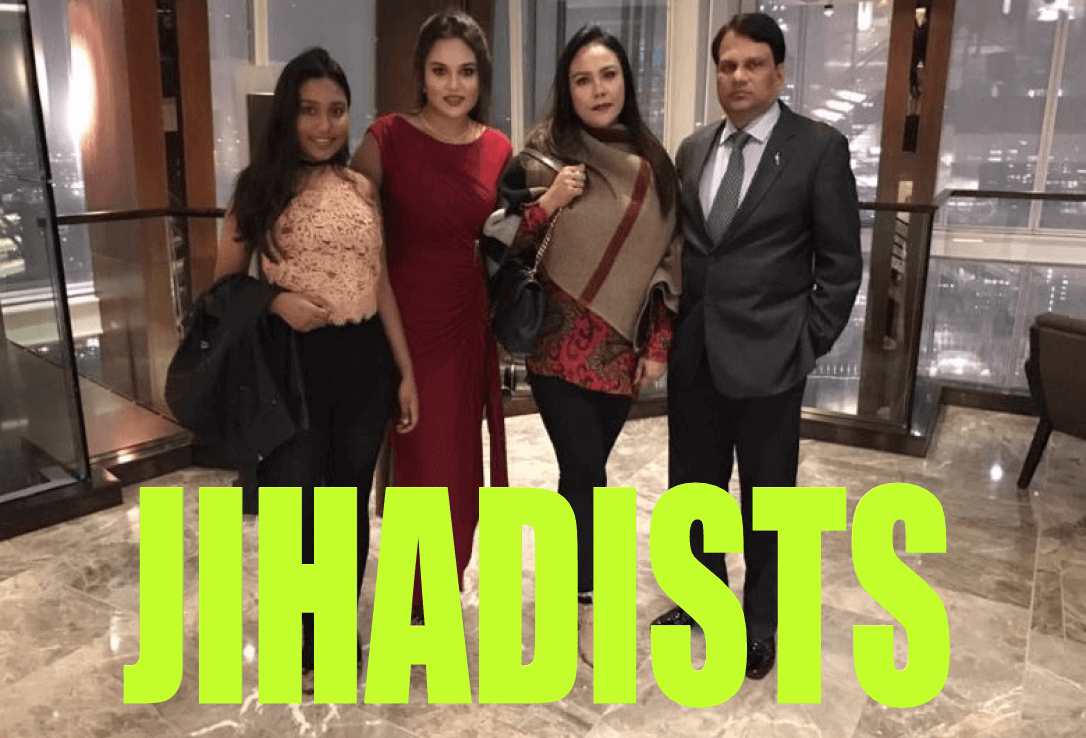 Two terrorist groups – one small and obscure, the other sizable and well-known – are at the center of the Sri Lankan attacks that killed more than 300 people on Easter Sunday. But even as the Islamic State claimed responsibility for the horrific bombings, and Sri Lankan officials blamed a local terrorist group, the true perpetrators and their motivations remain murky.

Commenting on the attacks in Sri Lanka, C. Christine Fair, an expert on South Asian political and military affairs and a professor at Georgetown University said, “I have been very suspicious about everything we’ve heard about this attack thus far. It doesn’t add up whatsoever”.

Although Sri Lanka’s Health Minister Rajitha Senaratne said seven members of a radical Muslim group called the National Thowfeek Jamaath were behind the attacks. But he also said they likely had support from a larger international network. Subsequently, Islamic State (ISIS) had claimed responsibility.

Sajid Farid Shapoo, a former terrorism investigator who served in India’s military and police force, said the group formed three or four years ago but never attracted much attention – until now.

“It was kind of a low-key radical Muslim group” that mainly targeted Buddhism, said Shapoo, now a research fellow at the Soufan Center, a nonprofit organization focused on global security issues. Before Sunday’s attacks, he said the group was known mostly for “fiery” anti-Buddhist speeches and some vandalism against Buddhist statues.

“It was kind of a fringe group,” Shapoo said.

Anne Speckhard, director of the International Center for the Study of Violent Extremism, said the group’s name – also spelled “Tawhid Jamaat” – means “Unity of God,” a phrase often emphasized by extremists who believe, among other things, that having democratically elected leaders is a form of having false gods.

Internationally acclaimed counter-militancy expert and newspaper editor Salah Uddin Shoaib Choudhury said, “In our newspaper, we have categorically predicted a dangerous jihadist attack in South Asia, or more precisely Sri Lanka. Our team and myself do regularly monitor activities of various jihadist outfits in the world. Sri Lanka-based jihadist group Tawhid Jamaat follows militant jihadist beliefs where suicide bombers believe they are going to paradise when dying to kill, and that they earn other rewards” for martyrdom. They also believe that they have an obligation to establish an Islamic State, live under Shariah law and fight jihad until the Islamic State rules the world”.

He said, “I don’t believe such a small group like National Tawhid Jamaat, which is extremely low-profile with no documented history of violence could have carried out such a sophisticated and deadly strike. Are we really supposed to believe the NTJ went from spray painting Buddhist shrines to coordinated suicide attacks against Christians? I doubt. Instead, I would like to echo what Rita Katz of SITE Intelligence Group said, the details given in the ISIS communiqué, such as attacker’s names, where each of the attacked etc., evidently proves that the group had a hand in the attack – the degree to which still remains to be seen”.

Shoaib Choudhury further said, “Sri Lanka bombings bore the hallmarks of other ISIS attacks. People may question as to why ISIS took around 48 hours to claim responsibility. In this case, what I can say with certainty, ISIS had not only plotted the attacks on the Easter Sunday. Rather they must have few more plots, which for some reason could not be executed. That is exactly why ISIS did take some time for claiming the responsibility”.

Is there any risk of ISIS attacks in Bangladesh or West Bengal (in India)? Replying to this question, Salah Uddin Shoaib Choudhury said, “As ISIS already has published a propaganda material announcing its actions in Bangladesh and West Bengal, I would rather say, intelligence and security agencies in Bangladesh and West Bengal should not either downplay or undermine this threat. Instead they should immediately concentrate in identifying the possible culprits who for sure are currently maintaining contacts with some of the suicide attackers as well as building their arms, ammunition and explosive stocks. In my opinion, the third and fourth weeks of Ramadan as well as the Eid days are particularly crucial while crowded places such as shopping centers, up-scale restaurants and bars might be the target of ISIS”.

Understanding the capacity and past records of Islamic State, it fully depends on the efficacy and professionalism of the security agencies in Bangladesh and West Bengal to effectively combat this threat. But at the same time, we need to remember, as ISIS has not mentioned any timing of the attack, security agencies in the respective countries need to adopt a policy of monitoring activities of the local jihadist groups as well as individuals, including those radical Islamic groups including Hizbut Tahrir, Hefazat E Islam [Custody of Islam], Khelafat Andolan [Caliphate Movement], Khatemey Nabuwat Movement etc., so that something like National Tawhid Jamaat would not be able in gaining strength or serve as a local franchise of ISIS. For Bangladesh, this threat is even much serious as according to media reports, a Bangladesh national and members of his family, sitting in London, who are ISIS funders are actively trying to destabilize Bangladesh situation and establish Caliphate. Md. Shahid Uddin Khan, his wife Farjana Anjum and daughters also had provided thousands of dollars to jihadists in Sri Lanka prior to the recent attacks. As Khan is a sacked military official, it is not unlikely that he would be contacting few of his course-mates as well as loyal juniors in the Bangladesh Armed Forces. To learn more about the jihadist attacks in Sri Lanka, British intelligence agencies should interrogate this dubious family.

Victoria Lanes has worked in the editorial desk of the New York Sun for many years.