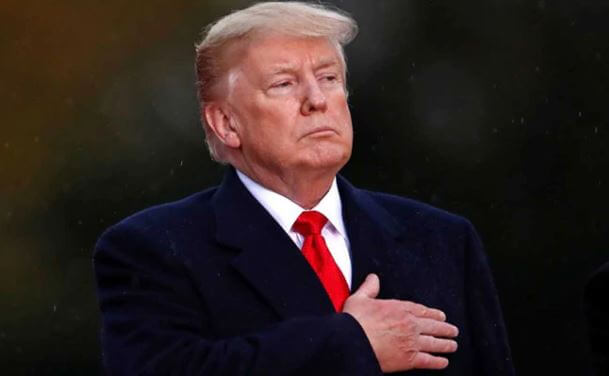 He leads a generic Democratic nominee in those states 46 percent to 40 percent, according to a Wall Street Journal survey.

Voters in those states like the “ongoing economic renaissance” they are experiencing.

This wasn’t supposed happen. Trump was supposed to barely be above 30 now,” he said.

But those states are “all thriving under the president’s pro-growth economic policies,” the Pittsburgh Tribune Review reports.

“Indeed, Trump’s economic agenda has had a profound effect on Pennsylvania: The state’s 4 percent unemployment rate is now the lowest it’s been in nearly two decades, and the economy continues to add new jobs at a dizzying pace,” the paper said.

Limbaugh said the other side of the coin is the five Sunbelt states where the president trails a generic Democrat 50-39. The states are Texas, North Carolina, Georgia, Arizona and Florida.

“So what’s happening here? … How can Trump be leading 46-40 in these old Democrat Rust Belt states and down 50 to 39 in Arizona, Florida, Georgia, North Carolina, and Texas? I’ll tell you why. It’s because the people in these states giving Trump a 46 to 40 lead — Indiana, Michigan, Ohio, Wisconsin — are the people that can’t leave.”

He explained: “These are the people who live in their little towns where they grew up and they don’t want to leave, and they are staying. But others in these states are leaving because they have ruined these states. And they are taking their politics to the Sunbelt where they’re on the way to ruining those states. They create horrible economic circumstances by the way they vote, the people they vote for in these states, and it gets so bad they have to leave. And then they leave, and they take their liberalism with them, and they start voting for the same thing and the same kind of people that created the circumstance in their home states they have to flee.”

“Trump has more support within the GOP than any Republican president since the invention of polling,” Luntz said. “If enough Democrats are not happy with their party’s nominee, overwhelming GOP support would be enough for Trump to win again.”