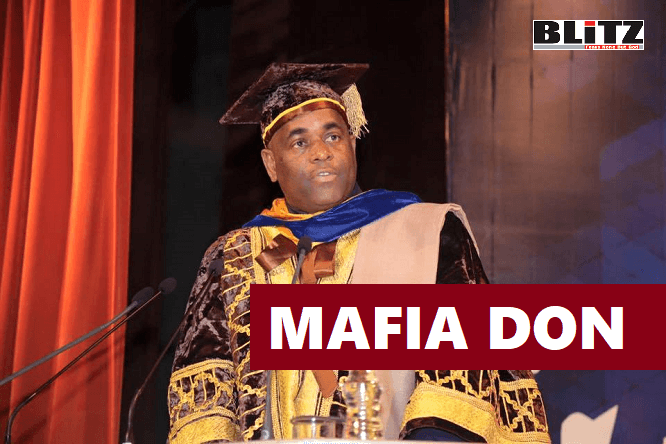 After remaining offline for more than 12 days, as the online edition of Blitz was live again, according to Bluehost, it came again under massive DDoS attacks within hours, resulting in going offline. This is for the first time since 2003, Blitz has remained offline for over two weeks, depriving its readers around the world of reading prolific and neutral news items and opinion editorials. The evil force behind such DDoS attacks was Roosevelt Skerrit, the notorious Prime Minister of Dominica and his cronies, including Paul Singh of CS Global Partners and an unknown number of cybercriminals around the world.

To keep Blitz offline, the rogue regime of Dominica has spent hundreds of thousands of dollars (remember, according to information available on the web, each of the DDoS attack costs US$ 7-25 per hour; meaning, Dominica’s rogue regime must have spent huge amount of cash, just for suffocating the voice of Blitz. If they were not evils, should they have spent such a large amount of money on these criminal actions?

What is DDoS attack?

According to CLOUDFLARE website, a distributed denial-of-service (DDoS) attack is a malicious attempt to disrupt the normal traffic of a targeted server, service or network by overwhelming the target or its surrounding infrastructure with a flood of Internet traffic.

DDoS attacks achieve effectiveness by utilizing multiple compromised computer systems as sources of attack traffic. Exploited machines can include computers and other networked resources such as IoT devices.

From a high level, a DDoS attack is like an unexpected traffic jam clogging up the highway, preventing regular traffic from arriving at its destination.

DDoS attacks are carried out with networks of Internet-connected machines.

These networks consist of computers and other devices (such as IoT devices) that have been infected with malware, allowing them to be controlled remotely by an attacker. These individual devices are referred to as bots (or zombies), and a group of bots is called a botnet.

Once a botnet has been established, the attacker is able to direct an attack by sending remote instructions to each bot.

When a victim’s server or network is targeted by the botnet, each bot sends requests to the target’s IP address, potentially causing the server or network to become overwhelmed, resulting in a denial-of-service to normal traffic.

Because each bot is a legitimate Internet device, separating the attack traffic from normal traffic can be difficult.

The most obvious symptom of a DDoS attack is a site or service suddenly becoming slow or unavailable. But since a number of causes — such a legitimate spike in traffic — can create similar performance issues, further investigation is usually required. Traffic analytics tools can help you spot some of these telltale signs of a DDoS attack:

A flood of traffic from users who share a single behavioral profile, such as device type, geolocation, or web browser version

An unexplained surge in requests to a single page or endpoint

Odd traffic patterns such as spikes at odd hours of the day or patterns that appear to be unnatural (e.g. a spike every 10 minutes).

As of March 2020, DDoS attacks are illegal under the Computer Fraud and Abuse Act. Starting a DDoS attack against a network without permission is going to cost you up to 10 years in prison and up to a $500,000 fine.

How we are sure of Dominica’s involvement in the DDoS?

Agents of Dominica in Britain as well as some of their cohorts have been repeatedly asking the editor of Blitz to “delete” the reports centering the selling of citizenship and diplomatic passports by the Dominica government. As their undue requests were turned down, they have resorted to massive DDoS attacks with the ulterior goal of keeping the online edition of Blitz unavailable to its readers. The reason behind their fear is, these reports would expose the severe criminal activities of the Dominica government and its cronies around the world.