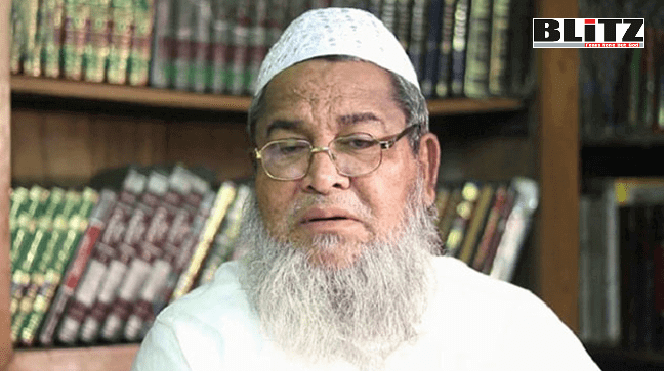 While in the Middle East, pro-Iranian Hezbollah and mega-terror outfit Hamas are increasingly becoming active with the notorious agenda of spreading terror throughout the Arab nations, because of growing relations amongst the Middle Easters nations and Israel, in Bangladesh, a potential threat to democracy and peace is becoming visible with the demise of prominent Islamist clergy Ahmad Shafi and subsequent tussle of power and tension within the factions led by radical Islamic leader Junaid Babunagari and his followers and Shafi’s son Anas Madani and his followers. Meanwhile, Jamaat-e-Islami (JI) and Bangladesh Nationalist Party (BNP) jointly have become ambitious of establishing control over Hefazat-e-Islami and over three million Koranic madrassa students by placing Babunagari in the supreme command. Being instigated by JI-BNP clan, Junaid Babunagari reportedly is dreaming of establishing sharia rule in Bangladesh through Khomeini-styled Islamic revolution.

It may be mentioned here that Hathazari Madrassa in Chattogram district’s Hathazari is considered as the headquarters of both Hefazat-e-Islam and the Koranic Madrassas. Back in 2013, leaders of various Islamist groups as well as madrassa teachers and students have made a foiled attempt of seizing power through extreme anarchy.

Days before the death of Ahmad Shafi, an extremely tense situation was created by Junaid Babunagari and his followers under direct patronization of JI and BNP. They had succeeded not only in expelling Shafi’s son Anas Madani from the post of Hathazari madrassa but also had driven him out of the complex along with his followers. Babunagari also had compelled Ahmad Shafi in resigning from the leadership of Hathazari madrassa, which had left tremendous shock on this ailing clergyman. Hours of such forced resignation, Ahmad Shafi died. Following his death, the entire campus of Hathazari madrassa had gone into the grips of Jamaat-e-Islami and BNP men under the leadership of Babunagari.

Although following Shafi’s death, people are trying to speculate the future of Hathazari madrassa and Hefazat-e-Islam, there are indications that Junaid Babunagari would actually establish himself as the supreme leader of Hefazat and Hathazari madrassa with the help of Jamaat and BNP. And in that case, these influential religious and political establishments would not only go into the grips of Babunagari but will ultimately turn into a purpose-serving platform of Jamaat and BNP thus posing a grave threat to the country’s democracy and peace. There even are indications of Islamic State and Al Qaeda establishing contacts within the Hathazari madrassa as well as Hefazat-e-Islam, with the ulterior motive of bringing Bangladesh under sharia rule.

It may be mentioned here that Ahmad Shafi became the principal of the Hathazari madrassa in 1986 and since then he has succeeded in transforming this Koranic school into the most powerful and influential institution having control over thousands of madrassas in the country.

Millions of students in several thousand madrassas in Bangladesh have been following the syllabus, social and political guidelines of Hathazari madrassa. As Ahmad Shafi succeeded in spreading the seeds of radical Islam and antisemitism within the madrassa students, his has initiated the formation of Hefazat-e-Islam in 2009 by taking advantage of the loyalty of the madrassa students and teachers. Behind the formation of Hezafat-e-Islam, Ahmad Shafi had desired of establishing sharia rule in Bangladesh by challenging the democratic institutions and parties. It was Ahmad Shafi and the members of Hefazat-e-Islam, who had actively promoted anti-West sentiment as well as opposed the empowerment of women in the country.

Junaid Babunagari has already established total control over the Hathazari madrassa with the direct help of Jamaat and BNP men – especially armed cadres of Jamaat-e-Islami. It is well anticipated that he will ultimately rise into the post of the top leader of Hefazat soon. But the most disturbing reality is – Junaid Babunagari is not only a diehard radical Muslim but he also is vehemently against democracy and ambitious of a Khomeini-type Islamist revolution in Bangladesh.