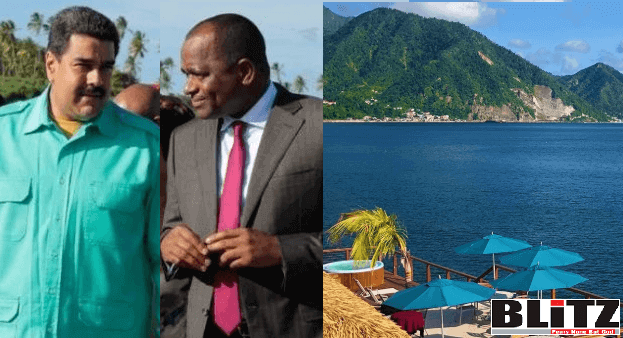 When Venezuela’s notorious Nicolas Maduro’s days are numbered, another dictator in is selling the interest of his own country in exchange of millions of dollars through his shadowy companies in the United Kingdom, Panama, and some other countries. Until 2006, rights of the Bird Island belonged to Dominica. Bird, which is technically a reef, awash at high tide, and not an island. It is, therefore, part of Dominica’s 200 miles, internationally recognized, Exclusive Economic Zone, and therefore not subject to any other nation’s bogus territorial claim. The area is too far from Venezuela, to support any similar claim. Venezuela’s dictator Nicolas Maduro and his predecessors invented a fake story stating The Bird was awarded the “island” by Spain. But it has no legal authenticity.  Rather it is inviolate under the Law.

According to intelligence sources, Dominica’s autocratic Prime Minister, Roosevelt Skerrit, abruptly, and without the authority of his nation’s elected legislature, abandoned Dominica’s longstanding claim to Bird Island. In return, he received at least US$ 1.5 billion from Maduro.

Petroleum experts believe that the region to the west of Dominica, which includes Bird Island, has a high probability of having huge deposits of petroleum and natural gas. Others say, it has uranium reserve. Proper exploration of this wealth would ultimately transform Dominica into a hugely wealthy country.

Although some of the news media are claiming of Roosevelt Skeritt’s hidden accounts in the Swiss bank, in reality, he has been secretly depositing such ill-gotten money into banks in Britain, Panama and other nations.