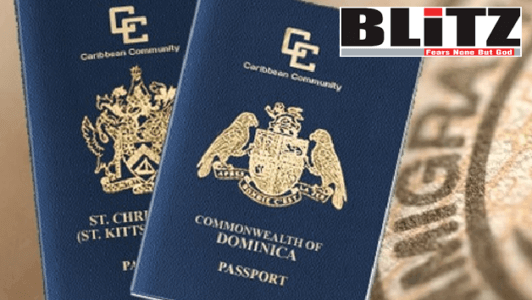 One of the key reasons of Dominica Prime Minister Roosevelt Skerrit’s remaining in power for a very long period is his policy of gauging the voice of independent media and intimidating his political opponents. Despite the fact of looting hundreds of millions of dollars from the state exchequer, Skerrit remains in power and even feels no necessity of remaining accountable to his people.

Recently, leader of the Opposition United Workers Party (UWP) Lennox Linton gave Prime Minister Roosevelt Skerrit until Friday 20th September, 2019 to account for monies from Dominica’s Citizenship by Investment (CBI) Program which he insisted had not been properly accounted for.

Linton made the announcement while addressing UWP supporters and concerned Dominicans at a public meeting in Lagon, Roseau. The meeting formed part of an ongoing campaign to get Prime Minister Skerrit to properly account for EC$1.2 Billion of revenue generated through the Citizenship by investment (CBI) Program for the financial year 2018-2019, which was not included in the National Budget of 2019 -2020.

The Opposition Leader declared, “Tonight we say, Roosevelt Skerrit has until the 20th of September, to tell us where our money gone. This is a man who has been Finance Minister for 15 years; the same man who has sat on the Monetary Council of the Eastern Caribbean Currency Union for 15 years, and you want to tell me that he can not give us a single one page report about our passport money that was picked up?”.

However, the UWP leader did not say what the next course of action would be, after Prime Minister refused to properly account for EC$1.2 billion by the deadline.

He went on to say that there is “a need to know” about the unaccounted money, based on the number of passports sold and “no amount of cursing Lennox Linton, no amount of calling his name will prevent Dominicans from demanding accountability for their EC$1.2 Billion. Is not your (Skerrit) money.”

According to Linton, as a Christian society we should not be afraid speak up nor should we encourage wrong doing and he insists that there must always be integrity. He went to say that Dominicans cannot afford to have certain undesirable people running the affairs of government, “because we will end up in these circumstances where they can not account for your own EC$1.2 Billion, where they giving their friends hundreds of millions of dollars, and they giving to you (Dominicans) peanuts and seeking to buy and enslave you with peanuts”.

Linton told the gathering that they should not “fear no more” as there will be deliverance from the current administration.

Skerrit does not pay any heed

It is evidently clear that a controversial Roosevelt Skerrit is not paying any attention to what the opposition leaders are saying. Instead, he has been trying to silence his opposition by issuing threats of disclosing secrets of their wrongdoings. But, in the end, he never had even showed any of such “evidences”, which clearly proves – Prime Minister Roosevelt Skerrit is just trying to somehow suffocate his political opponents by hook or crook and fool the people of Dominica.