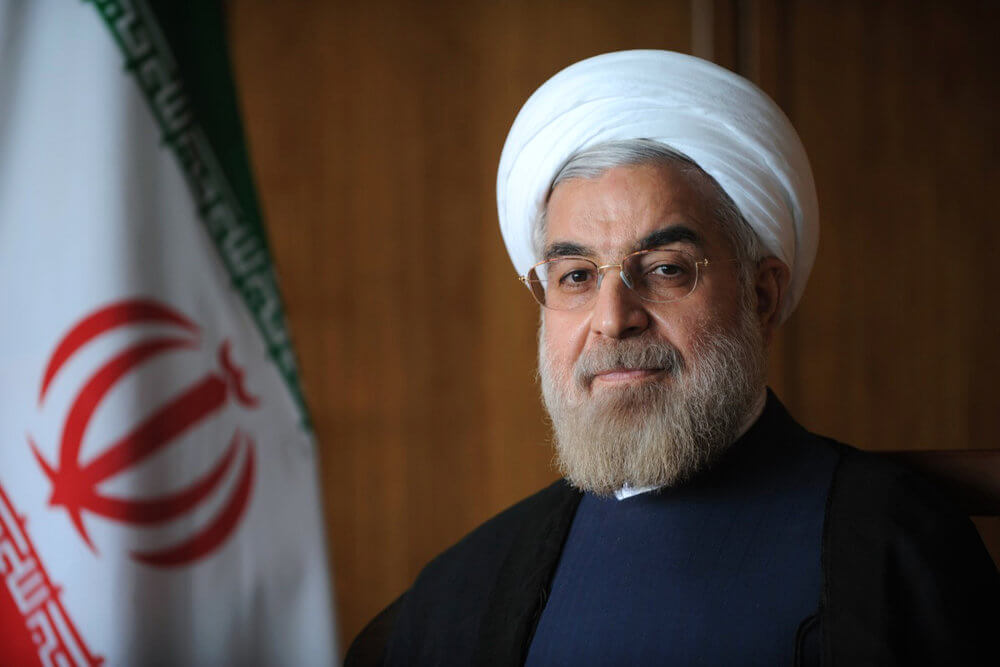 Iran will defeat US President Donald Trump like it defeated Iraq’s Saddam Hussein, President Hassan Rouhani vowed on Saturday. The Iranian leader added that he would boost Iran’s ballistic missile capabilities despite the concerns cited by Trump when he abandoned a landmark nuclear deal with Tehran.

“The same will happen to Trump. America will suffer the same fate as Saddam Hussein,” Rouhani said, according to Reuters.

“Iran will not abandon its defensive weapons … including its missiles that make America so angry,” Rouhani said, speaking at a military parade marking the start of the country’s 1980-88 war with Iraq.

“We will never decrease our defensive capabilities… we will increase them day by day,” Rouhani vowed. “The fact that the missiles anger you shows they are our most effective weapons,” he said, referring to the West.

Iran has ballistic missiles with a range of up to 3,500 kilometers (2,200 miles), enough to reach both Israel and US bases in the Middle East.

On Wednesday the Trump administration’s new special representative for Iran said the United States wants to negotiate a treaty with Iran that will cover both its nuclear and its ballistic missile efforts.

Such a deal, said Brian Hook, would be more binding than the 2015 agreement from which the Trump Administration has withdrawn. If the Iranian leadership did not want to negotiate, however, he indicated, it would face stepped up pressure from the US.

Trump withdrew in May from the P5+1’s 2015 deal with Iran, negotiated during the Obama administration, which was designed to freeze and inspect Iran’s nuclear program. The deal was bitterly opposed by Israel’s Prime Minister Benjamin Netanyahu, who insists the regime continues to seek a nuclear weapons arsenal, and derided by Trump as “the worst deal ever.”

Trump and Rouhani will both be in New York next week for the United Nations General Assembly. While Rouhani will hold talks with his French counterpart Emmanuel Macron, no US-Iranian meeting has been announced.

The US reimposed sweeping sanctions against Iran last month, and a new round of even harsher sanctions is set to go into effect November 5 targeting Iran’s vital oil sector.

Trump plans to lead a meeting of heads of state of the United Nations Security Council on Iran on September 26, his UN envoy Nikki Haley announced earlier this month. Haley said the aim is to further pressure Tehran over its alleged violations of council resolutions, including support for terror.

US Secretary of State Mike Pompeo last month formed a group to coordinate and run US policy toward Iran as the Trump administration moved ahead with efforts to force changes in the Islamic Republic’s behavior after withdrawing from the 2015 Iran nuclear deal.

Accusing Iran of unleashing “a torrent of violence and destabilizing behavior against the United States, our allies, our partners and, indeed, the Iranian people themselves,” Pompeo announced the creation of the Iran Action Group, which he said would drive administration policy in Washington and overseas.

Since withdrawing, the administration has reimposed sanctions that were eased under the deal and has steadily ramped up pressure on Iran to try to get it to stop what it describes as “malign activities” in the region. In addition to its nuclear and missile programs, the administration has repeatedly criticized Iran for supporting Syrian President Bashar Assad, Lebanon’s Hezbollah terror movement, Shiite rebels in Yemen, and anti-Israel groups.

Like Loading...
Continue Reading
Advertisement
You may also like...
Related Topics:French counterpart Emmanuel Macron, United States wants to negotiate a treaty with Iran, We will never decrease our defensive capabilities