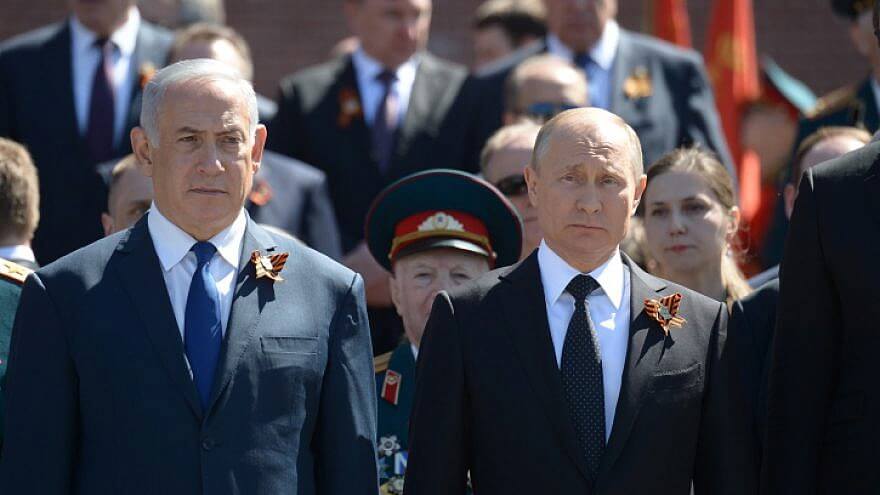 The announcement this month that Russia planned to transfer the advance S-300 surface-to-air defense system to Syria in response to the recent accidental downing of a Russian military plane in Syria, raised alarm bells in both Israel and the West. Many saw the announcement by Russia as a clear provocation towards Israel that could hamper Israeli operations in Syria targeting Iran and Hezbollah.

However, in the aftermath of the announcement come a number of questions regarding how serious Russia has been in the rollout of the system, and whether or not the transfer is a legitimate military threat to Israel or just a strong political statement by Moscow. The confusion over this was on full display this week during a visit by a top Russian official to Israel, coupled with news that Israeli Prime Minister Benjamin Netanyahu and Russian President Vladimir Putin plan to meet in the near future.

Anna Borshchevskaya, an expert on Russia’s Middle East policies with the Washington Institute for Near East Policy, told JNS that she views Russia’s transfer of the S-300 system to Syria as mainly a political statement and not a real threat to Israel or the West.

“Moscow is asserting its dominance in Syria,” she said. “Moscow is trying to leverage this crisis to gain benefits, and this after the IL20 incident was a huge embarrassment and blaming Israel was a clumsy attempt to save face.”

However, Yigal Carmon, president and founder of the Middle East Media Research Institute, contends that by providing Syria with the S-300 system, Russia has revealed itself as Israel’s enemy.

“The Russians, who originally enabled and sponsored the Iranian expansion in Syria as an anti-U.S. measure, will now also protect the Iranians in Syria from Israeli attacks,” writes Carmon. “This constitutes an undeclared act of war against Israel by an enemy, i.e., Russia—since it will not be the Syrians operating the S-300s against Israeli aircraft because they yet face a long learning curve to do this; it will, for an indeterminate time, be Russian officers.”

Nevertheless, a number of unknowns relate to the rollout of the S-300 system with the Syrians.

“There is a myriad of unanswered questions, such as how many S-300s did [Syrian President Bashar] Assad get, what variant of the S-300—S300 is a family of systems, there are several variants; will the Syrians ever be allowed to operate it without Russian supervision—something that seems unlikely. Also, it’s unclear how Assad will pay for it,” said Borshchevskaya.

Additionally, while the S-300 system will complicate U.S. and Israeli operations in Syria, it is not a game-changer, but instead more symbolic.

“No matter how powerful the S-300 is, other elements matter also. If the air-surveillance system is too slow to see an aircraft, for example, it doesn’t matter how strong the S-300 is. If Assad only received one S-300 battery, as has been rumored, the transfer will be merely symbolic,” explained Borshchevskaya.

On the diplomatic front, Russia has also sent mixed signals to Israel over its future relationship in recent days.

Earlier in the week, it was announced that Netanyahu and Putin will meet at some point in the near future, although no date has been announced.

At the same time, Russian Deputy Prime Minister Maxim Akimov is on a visit to the Jewish state, where he downplayed the plane incident in his remarks.

“In our very complicated and multi-polar world, any two countries that share a relationship may develop different approaches regarding global challenges, and unfortunately, there are sometimes incidents. … But now we feel the good spirit and strong will [of our] leaders to continue both cooperation in the socioeconomic sphere and political dialogue [regarding] the resolution of … difficult problems in the Middle East,” Akimov said during the opening of the Russian-Israeli Chamber of Commerce.

Borshchevskaya said that Israel has always been in a difficult position vis-à-vis Russia, and Putin’s interests towards Israel were purely pragmatic and self-serving.