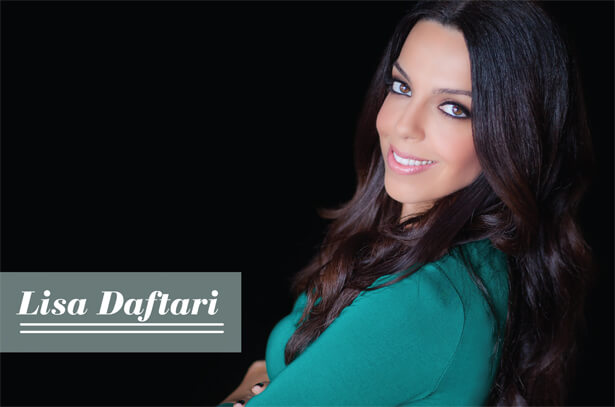 Rutgers University canceled a speaking event for Lisa Daftari, a journalist with expertise in the Middle East, foreign affairs and counterterrorism, after some students accused her of Islamophobia.

Daftari, a Rutgers alumna, was scheduled to give a speech on Oct. 16 titled “Radicalism on College Campuses” and discuss free speech at universities. Some students objected to Daftari’s speaking event, going as far as starting a petition accusing her of being an “Islamophobe”:

In a speech at The Heritage Foundation, Daftari remarked “Islamic terror takes its guidance and teachings from the Quran, which is Sharia law.” She went on to say, “When you go to the mosque and you’re part of a community, and you want to feel important and relevant, and want to give back to the cause — [ISIS] recruits you. You say- I can be an ISIS wife.” This statement, equating Muslims everywhere with ISIS, is undoubtedly hate-mongering. This is only a small sample of the type of harmful rhetoric Daftari has advanced and shared on various media platforms.

Daftari defended her comments to The Daily Targum, Rutgers’ campus newspaper, stating, “The quote they have attributed to me is part of a much longer talk about ISIS recruitment practices in which I recommend working together with the Muslim communities in America to isolate extremism. I have always differentiated between Muslim people versus the distortion of Islam in politics and radicalism.”

Additionally, the Journal has learned that Daftari’s name and email address were used to sign the petition. The Journal has also learned Rutgers canceled the speech out of fear that there could have been a security threat and they felt they had to be sensitive toward the students.

“I feel attacked,” Daftari told the Journal in a phone interview. “My name has been dragged through the mud… I’ve been invited to do briefings in Washington under Republican presidents, under Democrat presidents, I’ve been invited to the U.N… and to be called an Islamophobe after the years of reporting I’ve done on victims of human rights abuses in Muslim countries… it’s slanderous and unethical.”

Daftari added that students that had an issue with some of her past statements could have asked her about them during a question-and-answer session during the event and she would have been happy to address them.

“By silencing me, you’re only showing me your own prejudice and your own intolerance toward different points of view,” Daftari said.

Matthew Della Bella, a student at Rutgers, told the Journal in an email that it was ironic for Rutgers to pride itself on being an institution of free speech yet they canceled a speech because of “a previous denunciation of ISIS, whose long list of heinous crimes includes (but is not limited to) genocidal behavior against LGBTQ individuals, Jews, Catholics, ethnic minorities (see [the] Yazidis), and women.”

“If Rutgers should continue (as we all think it should & hope it will) for another 250+ more years with as celebrated a history, as the last, it must in times of conflict put values above cowardice,” Della Bella wrote.

In February 2016, then-Rutgers Chancellor Richard Edwards said in an email to the Rutgers community, “We strongly support the right of free speech—even the right to express views that are abhorrent to others—but expect our students to engage in civil discussion on important issues and to treat each other with respect.”

Andrea Vacchiano, a Rutgers student who defended Daftari in an op-ed for the Targum, told the Journal in an email that Rutgers’ cancellation was “disgusting.”

“It is clear that Daftari is a courageous, reputable journalist who is far from hateful or Islamophobic,” Vacchiano wrote. “It is embarrassing that Rutgers is caving to students who took Daftari’s comments out of context. I’m already making arrangements to host her through my own club, Young Americans for Liberty, and I know there are also other clubs interested in hosting her.”

Neal Buccino, Rutgers’ Associate Director of Public and Media Relations, told the Journal in an email, “Rutgers University has decided to postpone the lecture by Lisa Daftari, scheduled for October 16. The university will continue to go forward on events that reflect a wide variety of perspectives.”