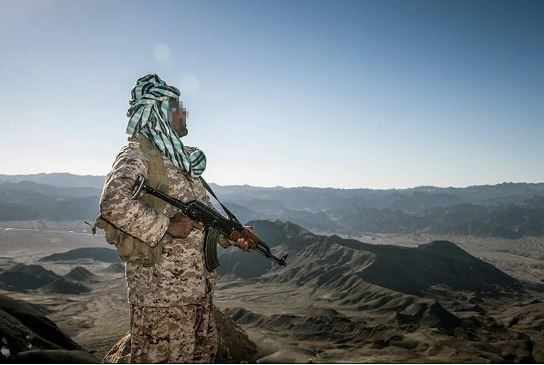 The Trump administration’s decision to designate Iran’s Islamic Revolutionary Guards Corps (IRGC) as a terrorist entity will ultimately be judged by how successful it is in changing Iran’s conduct.

In terms of international norms and ethics, last week’s designation by the Trump administration of the Islamic Revolutionary Guards Corp (IRGC) as a terrorist entity is certainly fitting, as the IRGC and its overseas operations unit, the Quds Force, are the primary terrorist production agency in the world today.

Created as a parallel force to the regular Iranian army after the 1979 Islamic Revolution, the IRGC and Quds Force arm, train, fund, and deploy radical forces across the Middle East. They are Iran’s umbilical cord to its array of terrorist proxies, including Hezbollah in Lebanon, hardline Shiite militias in Syria and Iraq, Palestinian Islamic Jihad in the Gaza Strip, and the Houthis in Yemen. For years, the international community has been tolerant – to an almost astonishing degree – of these activities.

The IRGC and Quds Force set up attack bases, weapons production sites, and asymmetrical strike forces across the region, threatening the security of Israel as well as Sunni states like Saudi Arabia. The IRGC is working directly at destabilizing the Middle East.

The IRGC also plays a central role inside Iran, where it manages a huge portion of the country’s economy, including the energy sector, major infrastructure programs, the nuclear program, petrochemicals, banking, and construction companies.

The designation joins crippling unilateral American sanctions leveled by the Trump administration in two waves in 2018, targeting the country’s oil, banking, and shipping sectors. Eight countries received waivers from the sanctions. Turkey, India, Japan, South Korea, and China are likely to be given further waivers after these expire in May that could limit Iranian crude oil exports at around 1.1 million barrels daily. Greece, Taiwan, and Italy will likely not be given another waiver.

The test: Will it change Iran’s behavior?

Like the 2018 sanctions, the designation of the IRGC will ultimately be judged by how effective – or ineffective – it is in changing Iran’s behavior.

These measures are designed to get Iran to enter into negotiations with Washington over a new and better nuclear deal, and to roll back its aggressive, dangerous conduct in the Middle East. While the ability of the US to cause significant economic damage to Iran is real, Washington is also acting largely alone and has been unable to recruit European states, China, or Russia to join the sanctions. Nevertheless, multinational European companies fear being exposed to American sanctions and the terror designation – despite an EU attempt to shield these companies from the US sanctions on Iran’s banking system.

Iran’s leadership could be encouraged by the idea that the US has split off from other international actors, and that the international community will not act as one to push Iran into the corner the way it did prior to the 2015 nuclear agreement.

Another question that remains unanswered is whether it will be possible to track down all of the IRGC-linked front companies to enforce the new designation.

The move could also further exacerbate tensions inside Iran between the reformist bloc, led by Iranian President Hassan Rouhani, which negotiated the 2015 deal, and the conservative-IRGC bloc, which was suspicious of the deal and has accused Rouhani of failing to deliver on his promise of economic access to the global market. This accusation has the support of the final and most important decision-maker in Iran, Supreme Leader Ayatollah Ali Khamenei.

In the background, ongoing demonstrations by the Iranian public demanding better economic conditions are placing the regime under pressure.

Will Iran lash out?

So far, Iran has chosen to double down on all its positions, refusing to renegotiate the nuclear deal and continuing its aggressive behavior in the Middle East – and also keeping its nuclear program frozen, as far as is known.

This latest measure by the Trump administration raised the prospect of Iranian retaliation via proxy against US forces in the Middle East in places where Iran can order strikes, like Iraq. US officials have stated that “all measures” necessary have been taken to protect the 5,000 American forces in Iraq.

Iran could theoretically lash out at Israel via a proxy entity or other US allies in the region, although it would expose itself to retaliation by doing so. Iran has repeatedly threatened to close the strategically vital Strait of Hormuz, which is the world’s most important oil shipping artery. However, such a drastic move would likely trigger US military action, and Iran has displayed a cunning ability to pursue its interests and take risks without entering into direct military conflict with rivals and foes.

A more likely response will be continued Iranian attempts to bypass American measures by using its regional clout with neighbors such as Iraq, which just last month signed large trade pacts with Iran.

Khamenei can be expected to call on Iranians to get behind the “resistance economy” – a term describing self-sufficiency and a willingness to put up with economic pressure from the outside – while blaming the latest developments on Rouhani and his reformist bloc.

Already, several European and Asian companies have left Iran, and the Islamic Republic will certainly be concerned by the latest designation of the IRGC.

Domestically, the IRGC could use the designation to further weaken Rouhani.

Last but not least, the question of when Iran decides to reactivate its nuclear program remains an open question.