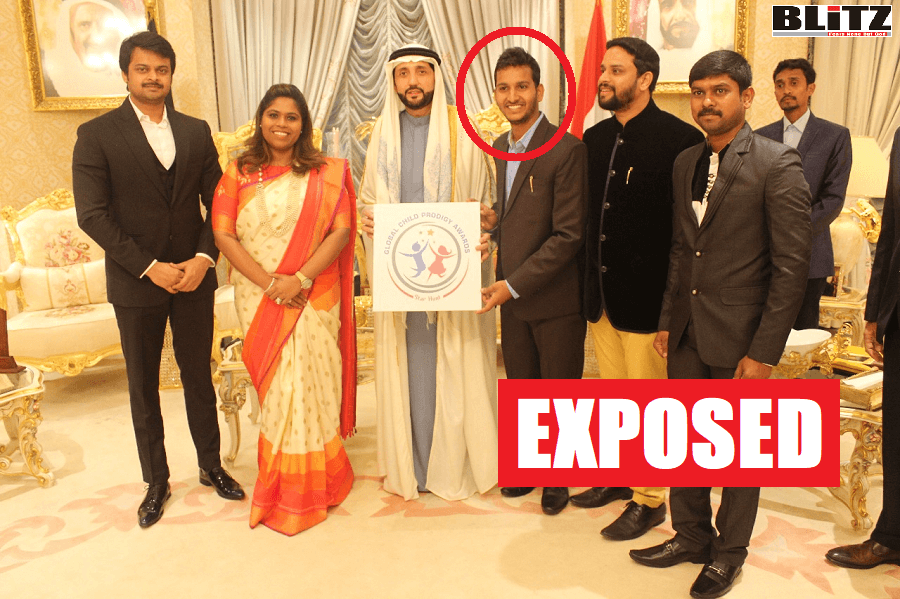 But in reality, there is no such office of GCPA in Dubai or India. When an undercover investigative reporter of Blitz called +91-9710819518 and spoke to Prashant Kumar Pandey, he said, their Dubai and Karnataka offices were closed due to the Covid-19 pandemic.

Who is Prashant Kumar Pandey?

On https://about.me/L2pkpandey, it is written:

Prashant Kumar Pandey is a 26-year-old Entrepreneur and is the Co-Founder & CEO of his business venture – Global Child Prodigy Awards (GCP Awards). GCPA is the world’s first child prodigy initiative that aims at creating a global community for child prodigies to provide them with resources. The initiative was launched by A R Rahman & has raised seed funding from GlowWorms Venture to an undisclosed amount. GCPA recognizes 100 children globally who are exceptional in their fields & Features them into GCP Awards Book every year. GCPA has been commended for its work by leaders all around the world such as Dr Kailash Satyarthi Nobel Prize winner, Dr Kiran Bedi, Mr Rodrigo Duterte (President of Philippines), Shri V S Radhakrishnan (State Minister of Education, Sri Lanka) Shri Amitabh Kant- CEO, NITI Aayog, Chief ministers, Governers and many more Prashant is an alumnus of Sathyabama University Chennai. He dropped his job offers from Cognizant, Infosys & Others to carve his niche in the field of Events He started his venture 365DaysEvent, in 2016 with the tagline “Every day is an Event” and organized scores of successful events across the nation.

He has organized over 350+ Events and Workshops in different colleges across India. He has interacted with more than 85,000 students in various institutions.

Prashant has been Point of Contact India for Google Crowdsource community. He has taken GCC to 100+ different educational institutes in India. He was a Google Student Ambassador India during his graduation & now contributing as Google Student Ambassador Alumni Global. He was appointed the Vice-Chairman of IEEE Computer Society of Sathyabama. Prashant Pandey’s interests include poetry & blogging.

Prasant, the promoter of scammer

Prashant Kumar Pandey has clearly mentioned in his online profile that GCPA is his business venture. Meaning, he has been making money through this project by selling the goodwill of various prominent individuals such as Dr. Kailash Satyarthi, A.R. Rehman, Dr. Kiran Bedi, and several popular and respected individuals in India as well as members of the UAE royal family. It is not clear as to how such esteemed individuals have been fooled by Prashant.

An Indian kid named Abhigya Anand and his astrology has drawn the attention of media in his country and abroad by allegedly predicting a lot about COVID-19 and the subsequent pandemic – Mutant coronavirus. Although people are increasingly showing interest in Abhigya and his so-called prophecy, most of the people possibly are yet to know – his parents have been making efforts in somehow promoting Abhigya as a super-kid – and even as a spiritually-powered child. But in reality, the father of Abhigya Anand – an IT specialist is the man who has uploaded astrology contents of Abhigya only during the middle of 2020 dating it back into November 2019 on YouTube when cases of coronavirus were already showing up in China. So, what people are thinking of the “prophecy” of Abhigya’s astrology or his prediction from the blue was actually nothing of anything special. His father had used the child in making video content and then it was uploaded on YouTube in 2020 giving the date to November 2019.

According to Abhigya’s YouTube astrology predictions, though, another outbreak will hit around 20 December 2020 and it will be more extreme, with other disasters, lasting through until March 2021. But on his Facebook page, he has made another prediction stating coronavirus will be lasting until 2025 – clearly proving, this kid has really nothing special.

Here are several news links about the dubious activities of Abhigya Anand:

Abhigya Anand, story of a kid godman and scammers behind him

When an undercover investigative journalist of a fellow Indian newspaper called Prashant, he agreed to sell the next award in exchange for cash. The entire conversation between the undercover journalist and Prashant Kumar Pandey is preserved with Blitz, which we shall publish in the future. 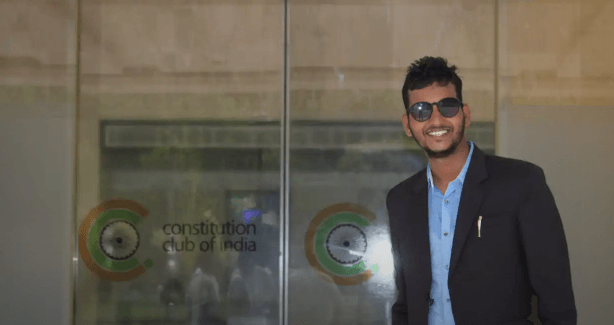 Although there is no office of Global Child Prodigy Awards in the United Arab Emirates, Prashant Kumar has shown an office address at #2111, Churchill Executive Tower, Business Bay, P.O. Box: 115417, Dubai, UAE. According to our sources in Dubai, Prashant Kumar Pandey actually is involved in money laundering as well as cybercrime. Through him, a huge amount of money is being regularly sent from India to UAE through illegal channels.

Moreover, Prashant is receiving US$8 from each of the applicants of his Global Child Prodigy Awards while he also is receiving a huge amount of money from most of the candidates, who are finally selected for the awards. Only from the so-called award registration fees, Prashant is making millions of dollars every year.