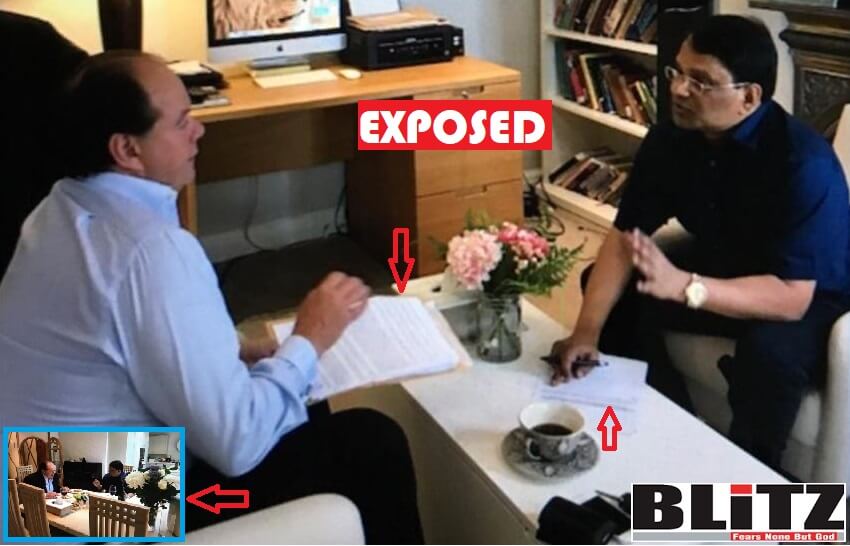 Britain’s largest newspaper The Sunday Times on May 26th, 2019 said jihadist funder Md. Shahid Uddin Khan has donated 20 thousand pounds to Tory Party, although initially, Khan denied making any political donations,  he had to admit as confronted with the register of member’s interests. He told The Sunday Times, the reason behind making the donation was because he “liked” the junior health minister (MP Stephen Hammond) stating, “He has been very helpful to his constituents. He once helped my second daughter when she had problems with her school documents”.

In 2009, Md. Shahid Uddin Khan, along with his wife Farjana Anjum and daughters Shehtaz Munasi Khan, Parisa Pinaz Khan and Zumana Fiza Khan had entered the United Kingdom with tons of dirty money and had even managed immigrant status under Visa Tier 1, vide VAF No. 511702. They invested 12 million pounds only for obtaining the ‘Golden Visa’. None of the agencies in the United Kingdom, including the National Crime Agency (NCA) has ever asked the Khans about the source of money or how the money had entered Britain.

On January 17, 2019, Dhaka residence of Md. Shahid Uddin Khan was raided by the members of the Counter-Terrorism and Transnational Crime (CTTC) unit of Bangladesh Police.

CTTC, based on secret information, raided House No. 184, Road No. 2, Baridhara DOHS in Dhaka, Bangladesh, which is owned by Md. Shahid Uddin Khan and was allegedly used as a warehouse for arms, explosives and propaganda materials of Islamic State (ISIS). During the raid, a large volume of weapons, detonator, counterfeit Bangladesh currency notes and jihadist materials of ISIS were recovered by the CTTC unit.

According to credible sources, Md. Shahid Uddin Khan, his wife Farjana Anjum, daughters have laundered millions of dollars between 2009-2018 from Bangladesh and invested in the United Arab Emirates and Britain.