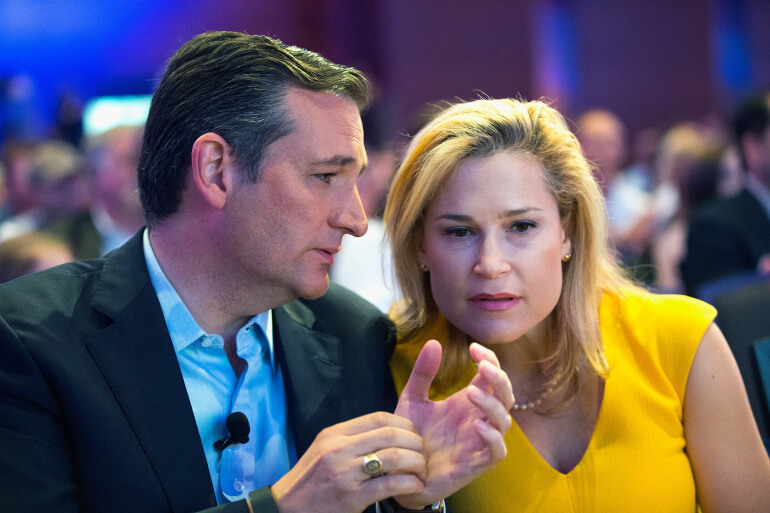 Protesters opposed to Supreme Court nominee Brett Kavanaugh confronted  Sen. Ted Cruz (R-Texas) and his wife at a restaurant in Washington, D.C., Monday evening, according to social media posts, demanding to know if he would vote for Kavanaugh’s confirmation.

“We believe survivors,” the crowd chanted, referencing the multiple women who have accused Kavanaugh of various degrees of sexual misconduct.

“Hi, I’d love to talk to you about Brett Kavanaugh tonight. I’m a constituent, love to know what your vote is going to be tonight. I know that you’re very close friends with Mr. Kavanaugh,” a woman asks Cruz, who sits on the Senate Judiciary Committee, in a video posted by the group Smash Racism DC.

“Senator, I have a right to know what your position is on Brett Kavanaugh,” she added.

Cruz left the restaurant amid the protests.

Christine Blasey Ford first went public with an allegation that Kavanaugh sexually assaulted her at a high school party in the 1980s. The New Yorker then reported Sunday that Senate Democrats are investigating a claim by Deborah Ramirez that Kavanaugh drunkenly exposed himself to her at a party in a dormitory at Yale University.

Michael Avenatti, the lawyer representing adult-film actress Stormy Daniels in her suits against President Trump and his former lawyer Michael Cohen, also tweeted Sunday that he represents a woman “with credible information regarding Judge Kavanaugh and Mark Judge.

“We will be demanding the opportunity to present testimony to the committee and will likewise be demanding that Judge and others be subpoenaed to testify,” he said. “The nomination must be withdrawn.”

I represent a woman with credible information regarding Judge Kavanaugh and Mark Judge. We will be demanding the opportunity to present testimony to the committee and will likewise be demanding that Judge and others be subpoenaed to testify. The nomination must be withdrawn.