When the entire world was facing severe challenges posed by the COVID-19 pandemic, Pakistani intelligence agency ISI and PR officials of politicians and political parties were busy in tackling serious of allegations of indecent approach, rape and sexual scandal of the Pakistani high-profile politicians, including former Prime Minister Yousaf Raza Gilani. According to reports in a number of minor or underground media outlets, US blogger Cynthia D Ritchie brought allegations of being raped by Pakistan’s interior minister Rehman Malik and being “manhandled” by former Prime Minister Yousaf Raza Gilani in President’s office, while Pakistan’s TV personality Ali Saleem, aka Begum Nawazish Ali alleged that Cynthia had reportedly confided to him that Pakistan’s current Prime Minister Imran Khan had offered to have sex with her.

Cynthia’s allegations have left Pakistan politics in disarray with many prominent individuals asking for a fair probe into the whole scandal. “If she was close enough with me to discuss Imran Khan’s offer to have sex, she could also have talked about the rape she had gone through at the hands of former interior minister. But she didn’t,” said Ali Saleem.

It may be mentioned here that, Rehman Malik was in charge of Benazir Bhutto’s security and he had failed in taking necessary measures in saving the life of Bhutto from the attack. But Benazir’s husband Asif Ali Zardari was not at all unhappy with Rehman Malik for his failure. Instead, being the President of Pakistan, Asif Ali Zardari rewarded Malik by making him the interior ministry of a country.

There are allegations of Asif Ali Zardari’s hand behind the murder of Benazir Bhutto.

Cynthia D Ritchie has connections with a number of influential individuals in Pakistan, that includes ministers, politicians, bureaucrats, diplomats and also high-officials of Pakistan Army and its spy agency Inter Service Intelligence (ISI).

In May 2020, Pakistan People’s Party filed a complaint with the Federal Investigation Agency’s (FIA) cybercrime wing against Cynthia D Ritchie, a blogger from the US who has based herself in Pakistan, for “hateful comments and slander” against former prime minister Benazir Bhutto.

Ritchie, in her tweet, has made some remarks which were “very derogatory and slanderous remarks” about Bhutto and Asif Ali Zardari’s marital life, according to PPP lawyer.

Ritchie made the comment on a tweet discussing the recent violent confrontation between model Uzma Khan and a woman named Amna Usman, who accused the model of having a relationship with her husband of 13 years and used this allegation to justify her violent treatment of the model. To buttress her point about the Bhuttos, Ritchie posted the front page of the book Indecent Correspondence: Secret sex life of Benazir Bhutto. The book written by Roshan Mirza deals with sexual adventures of some high-profile Pakistani women. “These women engage/hire go-goboys for their sexual escapades… And strange enough – that these women are not from a sexually-liberal country but from a political dynasty of Pakistan.” 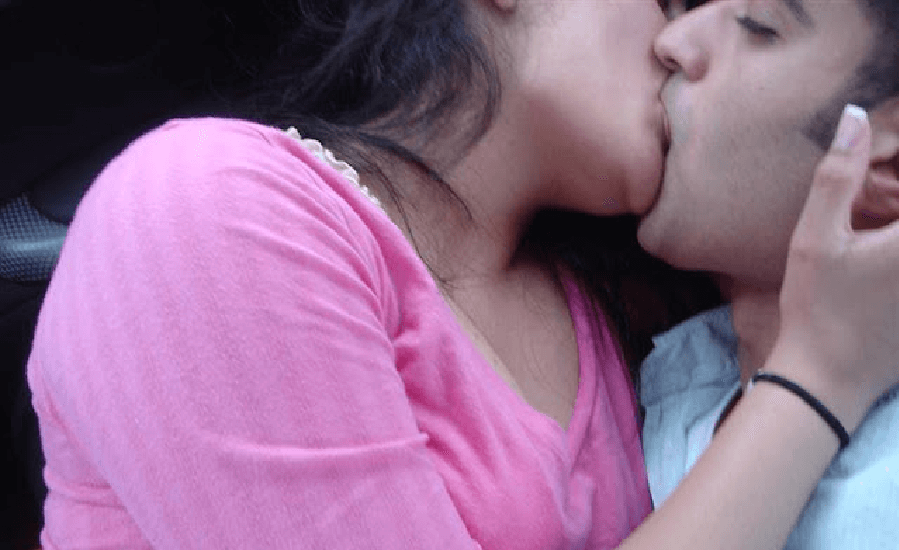 The book reveals about the “libertine sex lives of Benazir Bhutto, Sherry Rehman and Bilawal Bhutto”. According to the author Sherry Rehman is always “a principal participant in these sex parties”. “And now Bilawal is among the distinguished guests in these wild gatherings. A new sex party was planned in Dubai during August 2013 by Sherry Rehman where Bilawal Bhutto and some high-profile women from Pakistan were invited. “The event was exposed when the man who is the co-organizer with Sherry Rehman for these secret VIP sex parties invited a new woman Saira to their sexual escapades”.

“This man Omar was actually engaged/hired in the past and present to give his “intimate services” to Benazir and Sherry Rehman. He provides his services to some well-known Pakistani women. It is said that enough evidences have been collected that reflect the sexual adventurism of these high-profile women. These evidences include the e-mail communications between various participants of these sex parties. Omar, in his e-mail communications with Saira, has graphically described how he himself and other men had sex with Benazir and Sherry Rehman together in group sex sessions. These communications are a kind of written confessions that carry the first-hand accounts of sexual encounters in VIP sex parties… They also clearly specify about the “incest” in Benazir’s family, “Incest is like a tradition or custom in their family, that’s what I have seen with Benazir”, Omar revealed to Saira. Ironically, when Sherry Rehman found out that Omar was having communications with Saira, she was furious and asked Omar to stop immediately all the communications with her.

Indecent Correspondence unfolds the secret lives of some very high-profile people from Pakistan. According to the author, sex parties were organized and very powerful and influential people took part in such events. The author claims “it’s much more than some usual sex affairs!”

This book has included the e-mail correspondence made between various participants of this secret lifestyle. This correspondence explicitly describes how some people from the top echelon of a political dynasty were/are engaged in such strange and shocking activities that no one could have ever imagined! Kiran Yusufzai, one of the participants, in such parties, writes:

“I am highly indebted to Sherry Rehman. She showed me and opened up a whole world of sexuality for me. Sexual dimensions which I never thought existed – enriched my life with her help. We started making around when I was at Herald.  Initially it was a lesbian romp. But then I attended a few private parties with her and then I was introduced to a swinging lifestyle. She is very dominant but caring during sex.

You will experience with her true heights of wild love and passion. I greatly admire Benazir Bhutto. She had a libertine sex life. She was a bisexual and participated in swingers’ sex parties. Aunty Sherry introduced me to Benazir, when she arranged a sex party in UK. Benazir was really without example, unique with no parallel. My life’s greatest moments were making love with Benazir. I am honored and privileged to have done it. My only regret is that I only got the opportunity four times. Each and every occasion is burnt in my mind and soul. It would live forever with me as a cherished possession of my life”.

In the book, Roshan Mirza has provided shocking details about the sexual life of assassinated Pakistani Prime Minister Benazir Bhutto, and have details of her relationship with a Moroccan youth named Omar.

Can we – the team of BLiTZ believe in the allegations of rape, sexual harassment and orgy parties – that brought by Cynthia D Ritchie and also by Roshan Mirza? Back in 2012, an individual named Aslam Ansari contributed several articles titled “Secret Sex Life of Benazir Bhutto”. But later, all of those contents by Ansari were removed by the editor of BLiTZ for lack of evidence. Despite being removed from Blitz, the same article has been published by Ansari on a number of blogs, giving reference of being published in Blitz, possibly to earn credibility. Anyways, immediately after publication of articles by Aslam Ansari, we received several emails from someone named Urooj Zia, who claimed, the real man behind Aslam Ansari was Roshan Mirza.

I am writing to you with the following facts so that you can know that you are being used by very dark forces in the Pakistani Establishment who have a vendetta against the Bhutto family.

Under threat of libel he removed all incriminating writings to save himself.

Now he is using a fake name like Roshan Mirza and using your news outlet as a means for his vendetta against Sherry Rehman and Benazir Bhutto.

He is under the control of some misguided elements of the Pakistani Establishment who are using him to incriminate Benazir Bhutto. He was using his network to spy on other people in Dubai. He is in breach of several criminal and civil codes regarding privacy, libel and security.

This person has no credibility. I still believe that your publication would not want to muddy its reputation by associating it self with such a liar. If he has an iota of credibility why is he using fake names and you can see from the police complaint files attached that he has a very questionable back ground.

I see that you have posted another report by him on your website. It is nothing but a pack of lies. This guy under instructions from his paymasters is using every dirty method to fabricate false stories about public figures.

I sincerely hope that you would do a back ground check and due diligence of this person who goes with different names and is involved in illegal spying activities.

I also believe that publishing issues of a private nature don’t fall within the purview of a respectable news outlet.

I hope you would give this your professional attention. I am writing to you in good faith. In case you don’t check on this person and allow him to continue with his propaganda, then regretfully we will have to sanction legal measures against you. We expect that you remove the incriminating and false articles from your website at the earliest otherwise you will leave us no option but to pursue all legal channels against your news establishment, since it will mean that you are partners in this malicious campaign against Public figures.

In the above email, Urooj Zia did not attach anything, although it was mentioned to have been attached.

Should I take your silence on this subject that you are doing due diligence about the fraudster Aslam Ansari a.k.a Roshan Mirza?

So far no one has accepted the malicious news item on your website. Not a single news source has referred to your article and almost all have condemned your editorial standards. You must realize you had been red flagged when you printed a salacious and misleading news item about Messrs Hina Khar and Bilawal Bhutto. Now by publishing such articles again you have nose dived the reputation of your publication. There is still chance to undo the damage by removing the articles. We are patiently viewing what editorial decision is taken by you before we take a firm legal action.

I hope I would have the courtesy of a reply from you.

Who is Urooj Zia really?

After almost 8 years of getting the last email from Urooj Zia, we have started getting series of data – containing information, photograph and lots of solid evidences on sexual perversion of Benazir Bhutto, Bilawal Bhutto, Sherry Rehman and other in Pakistan People’s Party hierarchy. Currently our investigative team of journalists are scrutinizing and verifying all of those data. These are truly bombshells, which would rattle several high-profile politicians and officials in Pakistan. Once those evidences are verified, we shall start serializing the reports. Stay tuned!