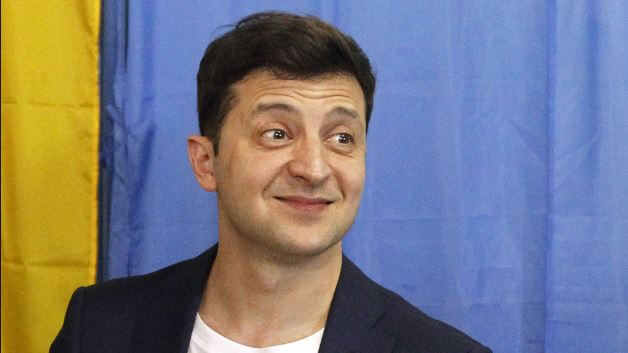 Ukraine has a new president, 41-year-old Volodymyr Zelensky. While some argue that Kiev’s policy toward Russia is now likely to undergo a significant positive change, geopolitical realities suggest the opposite. Ukraine-Russia relations might in fact worsen now that Moscow has eased the citizenship process for Donbas residents.

In April, Ukrainian voters gave Jewish comedian Volodymyr Zelensky a victory of more than 70% in the second round of presidential elections. Zelensky, 41, challenged incumbent president Petro Poroshenko, who conceded defeat and even congratulated his opponent.

Analysts around the world have since grappled with two questions. First, will the new president be able to change the country’s internal situation (for example, the battle with corruption)? And second, what will happen to Ukraine’s foreign policy, particularly with regard to Russia?

The situation inside Ukraine will take a great deal of work by the new president. Tensions might result from resistance among the elites to his proposals and policy moves, but the ordinary population will likely support even radical moves intended to cleanse the country of corruption and ineffective governance.

What is more important internationally is Ukraine’s foreign policy course, which has been staunchly pro-Western ever since the Euromaidan uprising in 2014. Zelensky’s major concern will be the war in Donbas and attempts to challenge the existing status quo with Russia.

Fears have been expressed that with Zelensky at the helm, Ukraine’s foreign policy will tilt – possibly radically – in Russia’s favor. This fear is based on the fact that Zelensky lived and worked in Russia for a long time and is close to the Russian cultural elite. For the most part, however, geopolitics were not touched upon in these analyses.

Geopolitical circumstances clearly indicate that it will be very difficult for the new Ukrainian president to change the country’s foreign policy. There are several reasons for this.

Over the past five years, following the Ukraine crisis that broke out following the annexation of the Crimean Peninsula, Kiev ratified the Association Agreement with the EU, the non-signing of which deposed former president Viktor Yanukovych in 2014.

Ukraine also got visa-free access for its citizens to the EU (except for the UK and Ireland) and four other Schengen-associated countries.

Moreover, Kiev has reinforced the Ukrainian army in order to keep the conflict with Russia limited to eastern Ukraine and the Azov Sea.

On the cultural level, Ukraine’s Orthodox Church recently gained autocephaly (independence) from the Russian Church. There have been changes on the economic front as well: Ukraine’s trade has been redirected toward Europe rather being mostly dependent on Russia, as it was before 2014.

All of this suggests that it is highly unlikely that Ukraine’s foreign policy will change under Zelensky. There are simply too many economic, military, and ideological ties linking the country to the West.

Zelensky may meet Vladimir Putin and might even soften his rhetoric toward Russia, but on the grander level of state politics, he will not alter Ukraine’s view of Crimea and the conflict in Donbas. In fact, one can even envision an opposite scenario in which Ukraine-Russia relations further deteriorate.

Indeed, just a couple of days after Zelensky’s victory – which was celebrated in Moscow as a win by many Kremlin-associated analysts and low-level politicians – Putin announced that Moscow would grant Russian citizenship to Donbas residents. It was even suggested that this initiative would extend to all Ukrainians. This provoked strong criticism from Zelensky, leaving little chance of a rapprochement with Russia.

Another important and often forgotten aspect of Ukraine-Russia relations is the recent spectacular rise of national self-awareness among ordinary Ukrainians who will not tolerate U-turns in the country’s foreign policy. The democratically elected Zelensky is a hostage of Ukrainian public opinion.

Peaceful electoral changes in Ukraine are watched closely in Russia. There is even a hope among some Russians that similar processes could take place inside their own country. Many have come to question how long Putin’s rule should continue. The democratic experience of Ukraine, a large neighboring Slavic country, affects Russians more than, for example, Georgia’s path to democratization. Georgia’s successes have been small due to the country’s diminutive size and different culture from Russia. Moscow can easily bend the narrative and argue that Georgia’s recent successes were minimal and worthy of contempt.

Ukraine is different. The Russians have argued since 2014 that Ukraine’s problems are the result of its “divorce” from Moscow, but they are now confronted with real democratic change in Kiev. Public debates, peaceful coexistence of rival candidates, and, most importantly, presidential changes are all deeply hoped for by some sections of the Russian population.

Zelensky’s win also shows that among post-Soviet Slavic states, Ukraine is the only one that has regularly changed heads of the state. This development could have an effect on Belarus, where the time will eventually come when long-ruling Alexander Lukashenka will have to choose between an independent Belarussian successor and a Belarus integrated into Russia. Discussion of the latter possibility is now common in the media.

Zelensky’s presidency, and the way he was chosen, undermine Russia’s narrative. Ukraine’s success defies the common cultural and geopolitical perception among the Russian elites that Kiev has historically never been able to achieve anything without Moscow’s support.