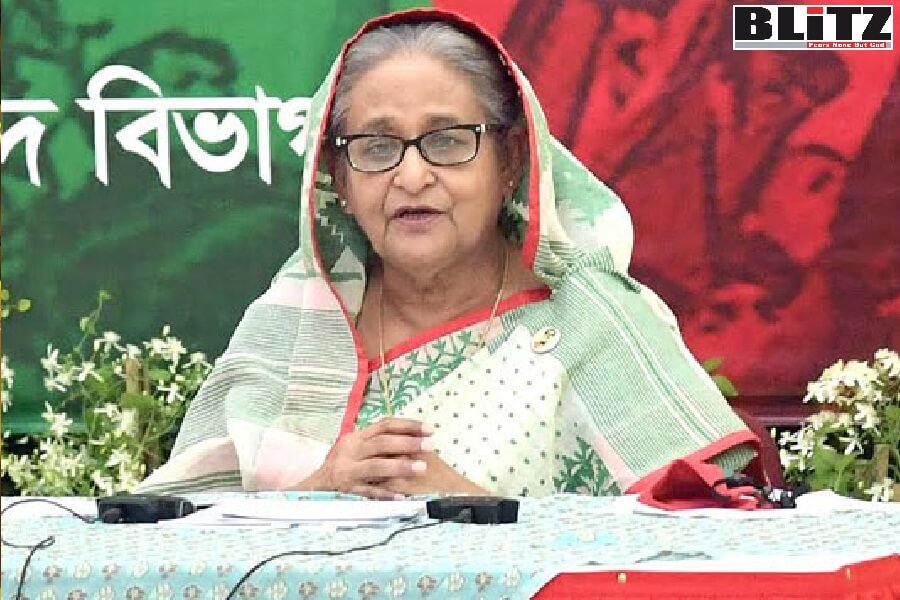 Prime Minister Sheikh Hasina expected the next generations would pull the country towards a developed and prosperous life following the master plans adopted by the present government.

“. . . We have tried to formulate plans and build structures to ensure Bangladesh’s future progress,” she said while addressing the “Swadhinata Purashkar-2021” (Independence Award-2021) distribution ceremony at her official residence Ganabhaban as the chief guest.

The Premier said her government has formulated Perspective Plan-2041 and Delta Plan-2100 so that generation after generation could pull the country ahead, and would get a better and developed life.

Sheikh Hasina noted these development structures could be updated befitting with the demand of time as modern technology and evolution of science whereas new inventions would show new paths.

She continued “If there is structure along with a fixed goal, it will be easily possible to move ahead, and we are exactly doing this so our next generation could uphold the ongoing trend of development.”

The Prime Minister said Bangladesh became independent holding an ideology which was lost after the brutal killing of Father of the Nation Bangabandhu Sheikh Mujibur Rahman in 1975, but the present Awami League government was able to restore that ideology.

“Our new generation wants to know history; they search the roots and feel proud thinking about the history of victory, and if this trend is continued Bangladesh would stand head high in the world and become a Golden Bangla as dreamt by Father of the Nation,” she said.

Cabinet Secretary Khandker Anwarul Islam moderated the function and read out the citations with brief life sketch of the award recipients.

Each award recipient received a gold medal, a certificate and a cheque of honorarium from the Prime Minister.

Among them, AKM Bazlur Rahman, Shaheed Ahsanullah Master, Freedom Fighter Brigadier General Khurshid Uddin Ahmed, and Akhtaruzzaman Chowdhury Babu were given this award posthumously for their contributions to independence and the War of Liberation.

Besides, Dr Mrinmoy Guha Neogi received this highest state award for his contributions to science and technology while Mohadeb Saha for literature, Ataur Rahman and Gazi Mazharul Anwar for culture, and Professor Dr M Amjad Hossain for social works.

In addition, Bangladesh Agricultural Research Council received the award in the research and training category.

Ataur Rahman, on behalf of the awardees expressed his feeling on receipt of the highest civilian award.

Since 1977, Bangladesh has honoured individuals and institutions with the award every year ahead of Independence Day on March 26.

The Prime Minister said the government wants the country to move up, people to have a better life and stand head high and that is why they are working relentlessly.

Referring to Bangladesh’s emergence as a developing nation from the least developed countries, she urged all to advance the country further upholding this trend of progress.

Sheikh Hasina said so far few people have been awarded, but there are more persons in the society who should be given awards for their contribution to the society and country.

Extending her greetings to the Independence Award recipients, she hoped the next generation would be inspired after seeing them (awardees) and would contribute to the welfare of people and the nation.

She said Father of the Nation had devoted his entire life for the deprived, suppressed and destitute people so they could get a better life.

Being imbued with the ideology of the Father of the Nation, Sheikh Hasina said, she has tried to stand beside the people of the country.

“In my last 40 years of struggle, Bangladesh became a developing nation and we’ve achieved this success in the birth centenary of Bangabandhu,” she noted.

The Prime Minister said whenever Awami League comes to power, it tries to return the dignity to the Freedom Fighters of the country. “We obviously recognize the contributions of the individuals whatever they had done.”

She said her task is to do something for the families of valiant Freedom Fighters so that the respect and reverence they are getting continue generation after generation.

Mentioning Bangabandhu’s remarks he has land and people and Bangladesh would be developed with them replying to a foreign journalist’s question that how could he (Bangabandhu) run the country without any assets, She Hasina said “I also believe that our country’s land and people is a big strength. We are trying this endeavor.”