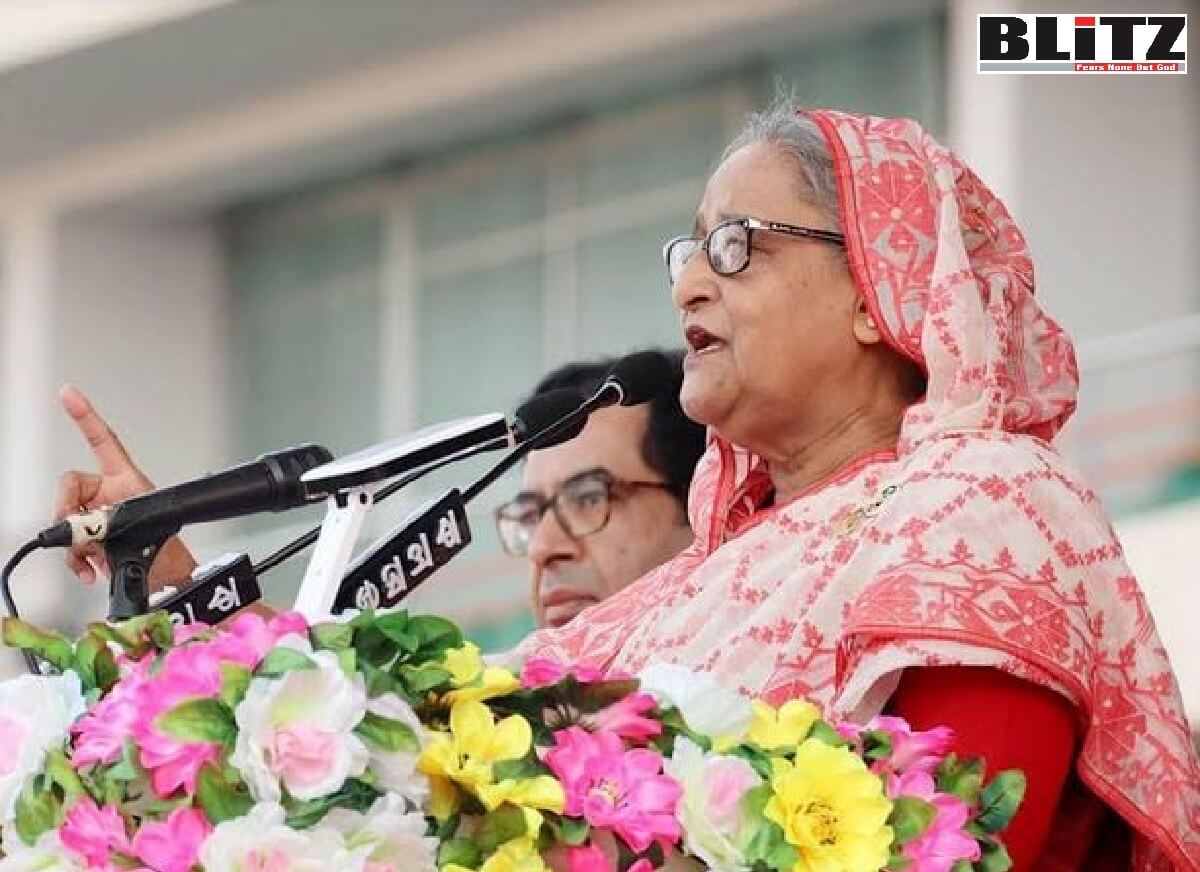 Prime Minister and Awami League President Sheikh Hasina urged the people to vote for her party’s election symbol “boat” to give  her government another chance to serve the nation, as she addressed a grand rally here to begin the nationwide electoral campaign ahead of the 12th parliamentary election likely to be held in early 2024.

“I want you (mammoth gathering) to promise that you will vote for the ‘boat’ to give Awami League another chance to serve you as you did in the last election,” she said.

The Prime Minister reminded all that the BNP did not give anything to the people rather resorting to the politics of killing, torture and filing false cases one after another alongside making own fortunes by plundering public money, conducting arms trading and siphoning off money.

“BNP did not give anything to the people except killing, repression, jail terms and disappearing people,” she said, referring to her government’s massive development works across the country which helped Bangladesh become a developing country alongside elaborating their plans to transform Bangladesh into a developed one by 2041.

The premier alerted the countrymen about rumors on the reserve and liquidity in banks spread by the BNP-Jamaat clique, saying don’t pay heed to the rumors as Bangladesh is in a strong position economically and it has no crisis of money in the bank though the world has been going through an  economic recession.

“We have no problem with money in banks as we have enough money,” she said.

The gathering at the Jashore District Stadium and its surrounding areas, including lanes and by-lanes, turned into a vast human see as people from all strata including leaders and activists of the AL, its front and associate bodies from Jashore and its adjoining districts thronged in thousands to see and hear the Prime Minister after five years.

As Sheikh Hasina got on the boat-shaped stage at 2.38 in the afternoon, she was welcomed chanting various slogans.

Sheikh Hasina said her government has been able to put Bangladesh’s economy on a strong footing though  the entire world is experiencing the economic recession due to the Covid-19, Russia-Ukraine war, sanctions and counter sanctions.

She said she held a meeting with the governor of Bangladesh Bank and the concerned people and they told her that there is no problem with liquidity in any bank.

“Our remittance is coming, investment from abroad is coming, export income is increasing alongside collection of tax,” she added.

The Prime Minister said they got a reserve of only 2.5 billion USD after assuming power in 1996 while it was 5 billion USD when the AL came to power for the second time in 2009.

The premier said the government has to give subsidies in export and agriculture alongside giving stimulus packages in various sectors from the reserve.

“We’re spending the public money in the welfare of the people,” she said, adding that her government has been purchasing the required commodities with whatever money required through the prices of goods alongside transportation cost have increased manifolds due to the war, to make sure that the people would not have to suffer.

Talking about the unprecedented development of the country in the last three consecutive terms, the Prime Minister said that the government is working tirelessly so that the country could stay in the world arena with self-dignity.

Briefly describing various pro-people activities of the government for different sections of the people, she said that AL always works for the welfare of the masses.

Thanking the people of the country, including Jashore, for repeatedly casting their votes in favor of her party’s electoral symbol ‘boat’ and assured them of all out development activities in Jashore and elsewhere in the country.

Mentioning that Tarique Zia [Tarique Rahman] was sentenced to seven-year imprisonment and fined Tk 20 crore in money laundering case and convicted in the 10-truck arms haul and August 12, 2004 grenade attack cases while Khaleda Zia was convicted for misappropriating money of orphans.

She questioned: “The party whose leaders were convicted what can it give the people? They can’t give anything to the people rather sucking people’s blood – they looted public money and laundered those and played ducks and drakes with the people’s fate”.

The Prime Minister asked the gathering what the BNP-Jamaat alliance gave them when they were in power except killings and arms.

Shamsur Rahman and Mukul were killed in Jashore while Manjurul Imam in Khulna and two other journalists Manik Saha and Humayun Kabir Balu  have also been murdered during BNP-Jamaat regime, she said.

On the contrary, she said, the Awami League government has transformed Bangladesh into a developed country in line with their Vision-2021, announced as the electoral pledges before the 2008 general election.

“We’re developing Bangladesh in such a way that it can move around the world keeping its head high,” she said.

The Prime Minister thanked the countrymen, including the residents of Jashore, for voting AL to power for three consecutive terms for which they have been able to make massive development of the country.

Briefly describing her government’s measures to ensure overall development of Jashore, she said, “We have carried out as much development as a government can do”.

Once the project is completed, as many as 1.2 lakh hectares of land would be freed from water-logging.

She also said her government has taken a Tk 32 crore project for developing the Jashore Stadium where her father Bangabandhu Sheikh Mujibur Rahman delivered an address 50 years back.