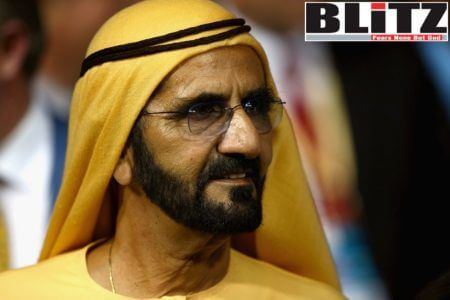 While most of the people in the world know, the Middle Eastern countries are mostly dependent on income generated from the sale of petroleum products, Dubai’s revenue from its oil and natural gas reserves today accounts for just five percent of its annual revenue, meaning, the ruler of Dubai, Sheikh Mohammed bin Rashid al-Maktoum through his magnanimous leadership qualities and visionary power has succeeded in proving, a Middle Eastern country too can attain prosperity by generating non-petroleum revenue at a massive scale.

In 1971, a 22-year-old Sheikh Mohammed bin Rashid al-Maktoum — royal but not yet a ruler — witnessed the return of sovereignty to Dubai at the end of British rule. Forty-eight years later, he is the most powerful man in the United Arab Emirates. He is the vice president and prime minister of the UAE and also the ruler of Dubai, one of the world’s most prosperous and advanced cities.

Sheikh Maktoum has transformed Dubai from a fishing village to a playground for the world’s superrich. Today, Dubai is the financial center of the Middle East and an example for most of the nations in the world.

Sheikh Mohammed was schooled in Dubai, attending al-Ahmedia School until the age of 10, whereupon he moved to al-Shaab. He finished the last of his schooling at Dubai Secondary School.

In 1966, as most future Gulf rulers did, Mohammed spent time in British education. He attended the Bell Educational Trust’s school in Cambridge when he was 17.

In his autobiography, “My Story,” Mohammed recalled having next to no money when he lived in Cambridge.

He wrote: “I used to eat chicken only once a week and skip lunches at times to buy coffee for my friends or, most importantly, purchase a train ticket so I could go to watch the horse races that I love.”

Mohammed left Cambridge and completed military training at Mons Officer Cadet School in Aldershot. He passed out with the sword of honor, awarded to the top foreign student.

Shortly after, Mohammed traveled to Italy to train as a pilot.

In his autobiography, Mohammed said of his training: “I pledged not to return to Dubai unless I was physically, mentally, and militarily able to withstand everything.”

Source: “My Story, Dubai: The Making of a Megapolis”

His military training was cut short, though, when his father called him home and made him the head of Dubai’s police in November 1968.

In “My Story,” Mohammed wrote: “My father said: ‘A very important meeting. Now.’ That’s when I returned home — on the first flight out, the very next day.”

During Mohammed’s early years in the 1960s, the United Arab Emirates we know today did not exist; it was a British protectorate of seven sheikdoms called the “Trucial States.”

The British relinquished control of the region in 1971, after 150 years. The United Arab Emirates was founded on December 2, 1971. Mohammed, now 22, was promoted to minister of defense.

One of their six children is the heir to the throne. Hamdan bin Mohammed al-Maktoum, who was born in 1982, is the crown prince of Dubai.

In the 1970s all of the newly independent emirates were keen to modernize as fast as possible, using cash made from their rich oil fields.

Dubai began to hit its stride as Mohammed was made Dubai’s crown prince by his brother in January 1995.

Under the dynamic and magnanimous leadership of Sheikh Mohammed Maktoum, Dubai will continue to prosper.