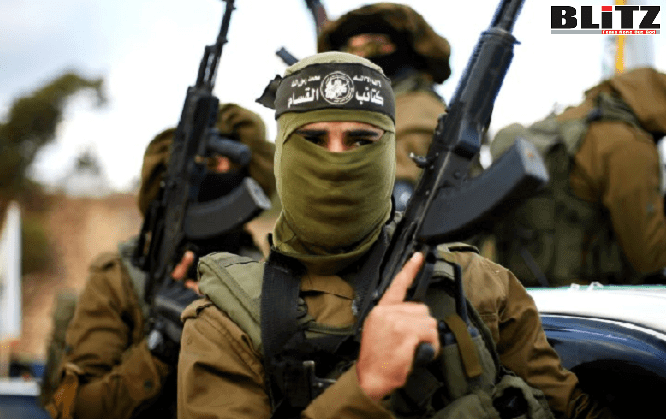 Immediately after the historic peace deal between Israel and the United Arab Emirates, mega-terror outfit Hamas and Palestinians have started barking and showing red-eyes to the Arab and Muslim nations. The Palestinians are enraged that the United Arab Emirates and Bahrain are attempting to block their resolution, to be voted on at the upcoming Arab League meeting, that condemns the UAE’s “normalization” of relations with Israel.

Palestinians claim, UAE, Bahrain and other Gulf states are trying to foil a draft resolution that aims to prevent normalization between Israel and the Arab countries. Similarly, Palestinian envoys in the non-Arab Muslim nations are reported asked to “exert influence” on the leaders of those countries to “refrain from taking any steps towards normalizing relations with Israel”. While the Emiratis are asking, why should their country’s policies should be decided by Palestinians, similar questions are also raised in most of the Muslim nations?

Immediately after the announcement of the Israel-UAE deal, the PA called for an emergency meeting of Arab foreign ministers to discuss the “dangers” of the normalization agreement and to stop other Arab countries from establishing relations with Israel. The PA has repeatedly accused the UAE of “stabbing the Palestinians in the back” and “betraying al-Aqsa Mosque, Jerusalem and the Palestinian issue.”

It may be mentioned here that, Palestinians for years have been showing extreme audacity on a number of Arab and non-Arab Muslim nations by threatening consequences in case those countries took any steps towards recognizing the Jewish State.

In a sovereign country like Bangladesh, for example, the so-called ambassador of Palestine had even gone further by even giving a statement to the press demanding “exemplary punishment” for any steps favorable to normalizing relations with Israel.

Back in 2005, when I was arrested from the Dhaka International Airport on my way to Tel Aviv for attending an international peace conference, the then Palestinian envoy Shahta Zarab met a number of cabinet ministers, including several top leaders of Jamaat-e-Islami asking them to “show no mercy” on a “Zionist spy” and ensure stern actions against me.

It may be mentioned here that, under the garb of Palestinian envoy Shahta Zarab was directly involved in criminal activities including money laundering and smuggling. He also was connected to the notorious D-Company and Dawood Ibrahim and had let this drug smuggling racket use diplomatic privileges in trafficking drugs into a number of nations in Asia and Europe. In Bangladesh, although Shahta Zarab was known as a womanizer, alcoholic and a man of moral turpitude, authorities were reluctant in taking any action against him or his cohorts, because he was enjoying diplomatic immunity while was directly patronized by Jamaat-e-Islami as well as radical Islamist parties such as Bangladesh Nationalist Party (BNP).

It is not only Palestinian envoy Shahta Zarab, who was a corrupt individual, most of the leaders of the Palestinian Authority are indulged into amassing wealth worth millions of dollars by stealing the relief fund provided by various countries including Arab nations. Meanwhile, according to media reports, Arab nations are not pleased about discovering just how much of their aid has been pocketed by the corrupt and cruel Palestinian leaders who are indifferent to the well-being of those whom they pretend to care about. Two prominent Hamas leaders, Khaled Meshaal and Moussa Abu Marzouk, had each managed to accumulate at least US$ 2.5 billion during their years of rule in impoverished Gaza. On the other hand, Mahmoud Abbas had amassed a fortune of US$400 million, much of it, as soon as it arrived at his office, had been immediately deposited in accounts in the names of his grandsons. Most of the Arab nations even are aware of the Palestinians being shameless thieves.

Muslim nations, including Bangladesh, should now move forward and follow the excellent example of the United Arab Emirates and Saudi Arabia and normalize relations with Israel.