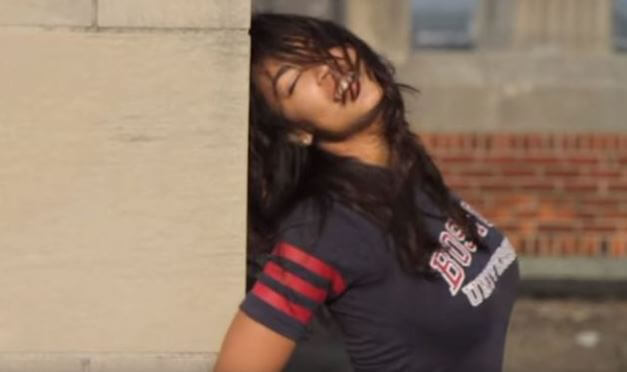 “Is it OK to still have children?”

During a live Instagram video she posted over the weekend from her kitchen as she prepared chili and a glass of wine for herself, the freshman congresswoman explained:

“Our planet is going to face disaster if we don’t turn this ship around.”

“And so it’s basically like, there is a scientific consensus that the lives of children are going to be very difficult and it does lead, I think young people, to have a legitimate question. Ya know, should — is it OK to still have children?”

She continued: “Not just financially because people are graduating with 20, 30, 100 thousand dollars of student loan debt so they can’t even afford to have kids in the house, but there’s also just this basic moral question, like, what do we do?”

“And even if you don’t have kids, there are still children here in the world and we have a moral obligation to them to leave a better world to them.”

Ocasio-Cortez was asked by a viewer about her signature political item, the Green New Deal for the environment.

“The whole premise of the Green New Deal, is that we’re screwed on climate. I’m sorry to break it to you,” she said. “When it comes to climate in particular, we’re actually screwed. There is a global threat to the planet.”

“Hurricanes, storms, wildfires,” she said. “We are dying now.”

Radio talk-show host Rush Limbaugh took note of the congresswoman’s dire predictions Monday, and said: “She just keeps spewing this stuff and there’s nobody to tell her, ‘No.’”

“She routinely demonstrates her ignorance. I’m not calling it stupidity, although — I’m not. I’m gonna chalk it up to ignorance,” Limbaugh continued.

“She is tremendously deficient in terms of, I think, maturity development and intellectual development because she gets these accolades and star-status treatment, there’s no reason for her to continue to grow..”

“She’s out there using this junior junior-high-school-student voice proclaiming all kinds of dire circumstances. It really is like listening to a child.”

“Regardless of Cortez’s ignorance and herjust blatantly being wrong about practically everything she is passionate about, there’s nobody on the side of reason who can combat her ideas. I’m talking about in electoral politics. Her ideas take off because there’s nobody willing to say, ‘You don’t know what you’re talking about. Be quiet, come back when you grow up.’”

Limbaugh also pointed out the irony in the Democrat’s kitchen video.

“There is nobody to point out that her little kitchen video is made possible and brought to everybody through Big Oil, in her warped world, the people who are destroying the planet.”

“Her appliances run on gas and electricity,” he said.

“The produce we assume that she’s eating is brought to her by trucks that are fueled with gasoline or diesel. Her apartment is nice and warm, and there’s not a solar panel anywhere around, and no windmill. She’s got this really nice, warm, cozy life, easy access to food because of the massive infrastructure born of fossil fuels, and she wants to rip it apart.”