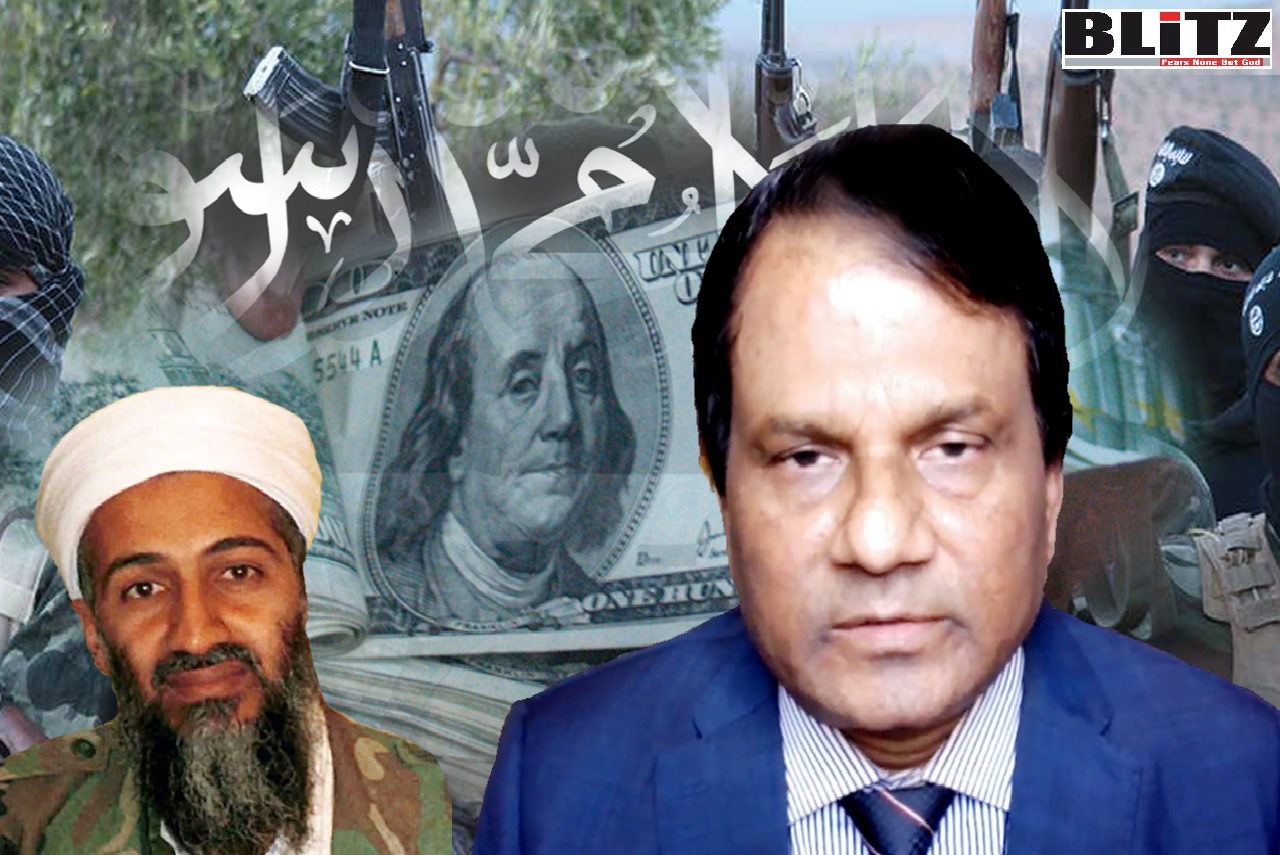 Sitting in the United Kingdom, a terror-funder who has been on ‘Red Notice’ of INTERPOL for many years has released a video exactly in the same pattern of notorious terrorist outfit Al Qaeda, where he has openly called for waging “war” against Bangladesh Prime Minister Sheikh Hasina and claimed to has been attempting to “topple-down” the government through “mass-revolt”.

Additionally, Shahid Uddin Khan has also admitted that he “donated” thousands of dollars to UK’s Tory Party in exchange of a favor from his local MP Mr. Stephen Hammonds in resolving “complications” centering Khan’s eldest daughter’s visa. It may be mentioned here that, Stephen Hammonds MP has been maintaining regular contacts with this terror-funder while is it accused that Shahid Uddin Khan maintains financial relations with this Tory Party MP.

On May 25, 2019. prestigious British newspaper The Sunday Times  published a report stating Md Shahid Uddin Khan has been charged with funding terror groups, arms dealing and money laundering offenses in Bangladesh. According to the British newspaper, the sacked army officer has political links in Britain and had funded Stephen Hammonds, a Tory Party MP.

It may be mentioned here that, while several international organizations including the Transparency International had termed London as the “capital of dirty cash”, convicted and fugitive terror-funder Shahid Uddin Khan’s latest video statement clearly proves, British authorities are welcoming laundered monies into that country.

According to information obtained by the investigative reporters of Blitz, Shahid Uddin Khan, his wife and three daughters own properties worth hundreds of millions of takas in the United Kingdom and Bangladesh. Here is description of only a portion of properties owned by the terror-funder family:

Seeking anonymity, a source told this correspondent that Shahid Uddin Khan has hidden the websites of Sitara-Saleha Foundation and Asthanow as the UK authorities, especially the London Met Police and National Crime Agency (NCA) have started investigation into allegations of money-laundering, terror-finance and numerous forms of illegal activities of Shahid Uddin Khan and his family members.

Taking refuge in the United Kingdom, convicted criminal Shahid Uddin Khan has been using his relatives in continuing anti-government activities inside Bangladesh. He also has been plotting terrorist attacks with the nefarious agenda of giving bad name to the government. It is may mentioned here that, Khan has been giving instigations to stage revolt in Bangladesh, although he and his family members are enjoying luxurious lives in Britain.

Earlier, Shahid Uddin Khan succeeded in filing a false case under Digital Security Act through his relative against the BLiTZ editor.

Victoria Mary Atkins was born on 22 March 1976 in London. She is the daughter of Sir Robert Atkins, a former Conservative MP and MEP and Lady Dulcie Atkins, a Conservative councilor.

Ms. Atkins was called to the bar (Middle Temple) in 1998. She worked as a barrister in the field of fraud in London. 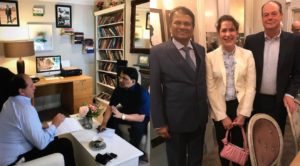 Recently, Shahid Uddin Khan published his photograph with Ms. Atkins along with UK’s Torey Party’s MP Stephen William Hammond stating he had meetings with the junior minister amongst many others. It may be mentioned here that, Shahid Uddin Khan has been plotting jihadist coup in Bangladesh with the notorious agenda of unseating Bangladesh government and establish Islamist Sharia rule in the country.

We sent email to Victoria Mary Atkins seeking her comment on this matter.

In the video, which has been released by INTERPOL wanted terror-funder on his Facebook ID, Shahid Uddin Khan has passed extremely offensive and derogatory remarks on prestigious UK newspaper The Sunday Times, investigative journalist Tom Harper and editor of Blitz. Shahid Uddin Khan, in the video has branded internationally acclaimed multi-award-winning journalist and editor of anti-militancy newspaper Blitz as “non-journalist” and falsely claims that, Mr. Salah Uddin Shoaib Choudhury is the owner of websites named ‘Times of Assam’ and ‘American Chronicle’. It may be mentioned here that on April 2, 2022, May 4, 2022 and May 9, 2022 Blitz in its exclusive reports has exposed the owner of ‘Times of Assam’ website. According to information, Dhruba Jyoti Deka, owner of ‘Times of Assam’ website wrote an article titled “Mainland India’s claim over Assam, Tripura, northeast states and Jammu and Kashmir is illegitimate and illegal” in Pakistani newspaper The Lahore Times on April 22, 2022. In this article, The Lahore Times introduces him stating “Dhruba Jyoti Deka is the Chief Editor of Times of Assam, based in Rajgarh Road, Rajgarh, Guwahati, 781005, India”.

Meanwhile, Blitz has already drawn the attention of the UK authorities on the illegal activities of Shahid Uddin Khan.