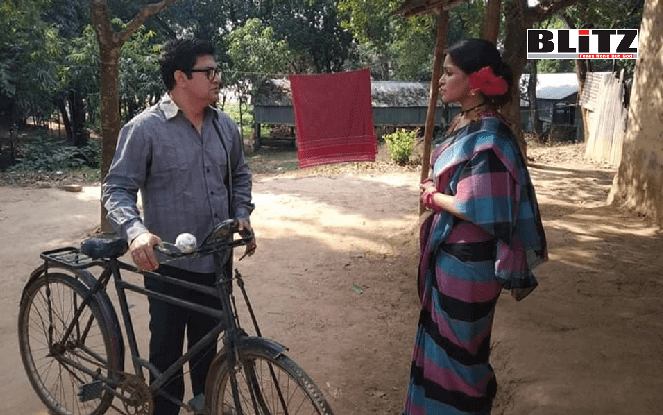 Producers of a special length Bangla film named Jonok O Shontan (Father and the Child) is now all set for sending it to various film festivals in the world. According to Crown Entertainment, they are now looking for various festival schedules for sending the film.

On the upcoming occasion of the birth centennial of Bangabandhu Sheikh Mujibur Rahman, a special-length film ‘Jonok O Shontan’ has been made. The film is based on the story of a Birangona, who wants to meet Bangabandhu.

Popular actors Ahsan Habib Nasim and Rani Ahad have played the lead roles in the film. Rani will be seen as the Birangona and Nasim has portrayed the character of a teacher. Mahmudul Islam Mithu, Binoy Bhodro, Iqbal, Reshmee and others have played important roles in the movie. Meanwhile, the official teaser of the film was released on the YouTube channel of Crown Entertainment.

Director Nur Muhammed Moni said, “Being a freedom fighter, to me Bangabandhu always has a very special place. The story and screenplays of this film are extremely powerful.”

Ahsan Habib Nasim said, “Thanks to Moni bhai for involving me to this project. As it is a special film, I have tried my hundred percent to bring out my character. With Rani this is my first work and she is very serious about acting.”

Rani Ahad said, “I am honored to be a part of this film. I was getting emotional in each of the sequences of the film and felt the pain of a Birangona. I have tried my best and hope, people will appreciate our work”.

The Executive Director of Crown Entertainment, Tajul Islam said, they are hopeful, this film will attain appreciation from the viewers around the world.

He said, “Jonok O Shontan has narrated the emotional bondage of every Bengali with Bangabandhu Sheikh Mujibur Rahman. This is not a mere film; it is more than that. We are confident, this film will let our future generation know, how much precious Bangabandhu is to our nation”.

Tajul Islam has requested local and international media to extend their fullest support to this film.

He said, online streaming outlets like Netflix and HoiChoi should also take necessary steps in having this movie in their watch list.

Crown Entertainment has taken elaborate programs for producing a number of short films, special length films and feature films on the occasion of the birth centennial of Bangabandhu Sheikh Mujibur Rahman.

Meanwhile, Crown Music, parent concern of Crown Entertainment has released the teaser of a Bangla song on Bangabandhu titled ‘Tomakey Janai Salam’. This song is written and tuned by Shoaib Choudhury and sung by popular singer Parvez Sazzad. Music director of this song is Erfan Tipu.