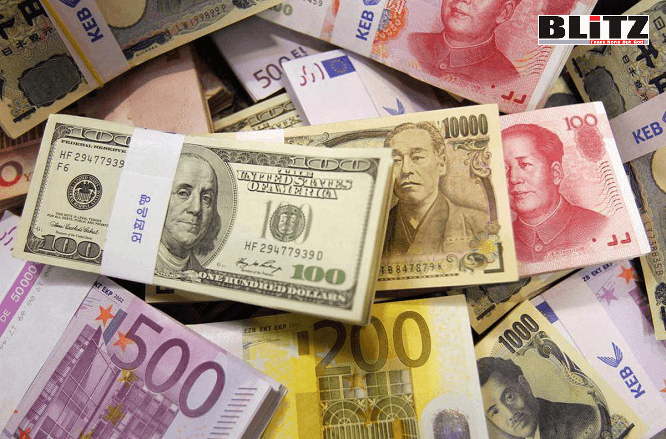 A “mood swing” that negatively affected economic globalization started well before the COVID-19 pandemic broke out. When Donald Trump began his term as president in 2016, he established a more confrontational US policy toward China. From the former” feel good” one-world attitude, the world has been moving toward more fragmentation. Uncertainty surrounding the pandemic is intensifying this process. The mood of anti-economic globalization will be strengthened further by a substantial increase in unemployment in Western countries.

The large increase in the number of people who have contracted COVID-19 in a variety of European countries and the ongoing struggles with the pandemic have apparently pushed mainstream writers’ reflections about post-COVID society into the background. Statements about that future seem to come mainly from ideologues, primarily leftists and environmentalists, who more or less repeat what they have been saying for a long time.

The reluctance of mainstream writers to express themselves about the post-COVID future makes sense in view of the uncertainties facing European societies, but it would be a mistake to abstain entirely from orderly systematic thinking about what is going to happen in the long run. Many such subjects can be better assessed if one identifies indicators now that can be followed over time. This will enable faster analysis of issues when more clarity emerges. It is possible to develop methodologies to accomplish this.

There are post-coronavirus subjects about which much can already be said. One is the future of economic globalization. This development has taken flight in past decades, particularly in the Western business world. One major goal of capitalism is to optimize costs for the production of goods. For many years the world was viewed, in particular by multinationals, as almost a single production source. In other words: “It is okay if there is increased unemployment in Western countries if we can buy more cheaply from low-cost producers.” International trade increased accordingly. A few years ago, a quarter of the world’s production was exported.

Economic globalization had its best years in a world that had greater confidence in its future. The pandemic came as a rude awakening. The virus laid bare many ways in which Western societies are fragile. Yet one should not falsely conclude that economic globalization is on its way out—only that it has passed its high point. We will, for instance, continue to see cheap textiles from Southeast Asia in Western markets.

One of the most problematic aspects of the pandemic was that several essential items in the battle against the spread of the virus were no longer locally available in Western countries. They had to be imported, sometimes from far away, and could not always be obtained. Even worse, some European nations kept products to themselves rather than share them with other countries, as should have been done according to the rules of the common market. There were widespread media reports that Germany, along with other European countries such as France, established restrictions on the export of certain medical supplies for a period of time.

An essential characteristic for the development of economic globalization was what might be called a “mood” or a “state of mind”—an attitude of “the world is shrinking” or “the world is one entity and we can optimize our position in it.” A major aspect of economic globalization was the closure of local factories in the West that could not compete with cheap Asian labor. In the minds of many, including Western governments, this was a price that had to be paid.

A “mood swing” that negatively affected economic globalization had already begun to manifest well before the pandemic broke out. With the arrival of Donald Trump as president in 2016, a more confrontational US administration policy toward China emerged. Prominent American strategy expert Anthony Cordesman, who has held a number of government positions, summarized it thus: “Over a period of a little more than a month, the US has gone from a mixture of competition and cooperation with China to direct confrontation. This confrontation has also occurred largely on the civil level—more specifically on ideology, economics, industrial espionage, cyberattacks on civil networks and databases, and disinformation campaigns.” Trump also imposed tariffs. When the pandemic broke out Trump blamed China for the global spread of the disease.

There were also other political factors at work, even if their overall weight in the American and (to a lesser extent) Western attitude was relatively small. These include China’s suppression of several of Hong Kong’s freedoms with a new security law and its harsh policies toward its Uighur population.

Trump also became more confrontational toward Europe. He accused most of the European countries of not meeting their financial commitments to NATO, and made it abundantly clear that the prospect of global warming—an issue of great concern to Europe—didn’t worry him much.

Other less dominant political issues perturbed the harmonious “one world feel-good” attitude. The world has moved toward more fragmentation, with the UK’s decision to exit the EU a prime example. Thanks to the JCPOA agreement of 2015 led by then-president Barack Obama, Iran has become a far stronger and more troublesome terrorist player in the Middle East. Driven by ambition for a more powerful place in the world for his country, Turkey’s president Recep Tayyip Erdoğan is stirring up unrest in a variety of places as well. US opposition to the Russian-German pipeline is another important, though not overriding, factor.

The incoming Biden administration is likely to reduce international confrontation, but that will not solve the fundamental problems. Instead, it will cause them to fester.

Uncertainty surrounding the pandemic has made all of this worse. If the virus stays with us for a long time, economic globalization will become even more complicated and difficult. Disparate factors will come into play. One is that globalization depends on easy travel and is hindered by limitations on international movement.

The anti-economic globalization mood will be strengthened by sharply higher unemployment in Western countries. All of this will pan out in various ways in different countries and not necessarily only because of the performance of their governments.

One important issue that has come to light during the pandemic is that there is a need for serious reflection on which products individual countries should manufacture locally even though it is cheaper to import them. Western countries cannot remain as dependent as they were on the import of cheap but essential drugs—for instance from India, which is in turn dependent on China for critical raw materials. This is a simple example, but it is likely that national policies on self-manufacture in other areas will change when more profound studies are undertaken.

Another important factor is investment. In a world that is friendly overall, there is a greater inclination among Westerners to invest in countries even if they are far from democratic.

Far more importantly, major forces in Germany will continue to invest in its subsidiaries in the Chinese auto industry. The German Volkswagen firm announced that until 2024 it will invest €50 billion in the development and production of new electric cars in China. One of Volkswagen’s 33 factories is in Xinjiang province, which is populated by Uighurs. Volkswagen claims to take human rights very seriously, but looks the other way regarding Chinese persecution of the Uighurs. It can only be concluded that such statements are largely declarative.

There have been claims that German car manufacturers have no alternative but to invest in China. This means that banks that accompany their clients in individual countries will continue to do so. Germany’s largest bank, Deutsche Bank, doesn’t expect anything to change in this regard.

As far as the car industry goes, major suppliers also have to follow the industry. The leading German tire company, Continental, wants to grow stronger in Asia. It currently has only 12% of its turnover in China. At the same time, the company is diminishing its worldwide employment by 30,000 workers, of whom 12,000 are in Germany.

What has been written here about economics does not reflect on other areas such as science, technology, media communications, culture, sports, and so on. Globalization in these fields may well proceed further.

With Joe Biden coming in is as US president, attention should be paid to the opinions of Jared Bernstein. He is a senior fellow at the Center on Budget and Policy Priorities and was chief economic adviser to Biden when he was VP from 2009 to 2011. Bernstein is a possible candidate for a senior position in the new administration. He is critical of several important aspects of economic globalization and its impact on the US.

Bernstein wrote: “The era of free trade eventually led to large trade deficits with countries with comparatively productive factories to ours but with much lower wages, most notably Mexico and China.” He pointed out that the number of US factory jobs held “pretty constant” at about 17 million until around 2000. Over the next decade, 6 million jobs were lost. In addition, wages in blue-collar manufacturing were hit and have only grown 5% since the late 1970s.

Bernstein said: “Did the winners from trade—the multinational corporations that relocated production, the finance sector that made the deals, the retailers that profited from ‘the China price’—compensate the losers? Of course not. They argued that ‘everyday low prices’ were reward enough.”

He concluded: “Both the US and developing countries have significantly benefited from global trade. But because of the demonstrably false view that free trade is all upside—win-win—considerable economic pain has been meted out, pain that has not been met with anything approaching an adequate policy response.”