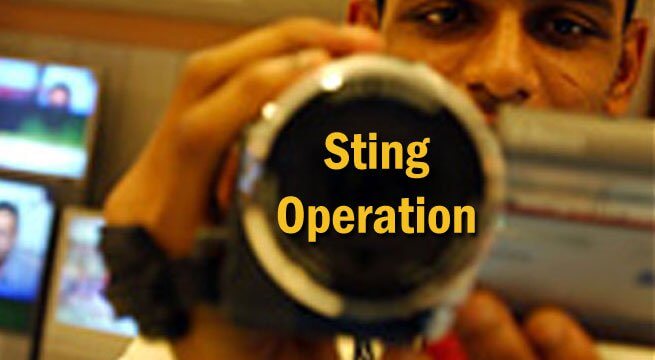 Sting operation is considered as one of the most effective methods for nabbing individuals in particular, who are suspected to have been involved into any type of criminal activities. Such operations are common in many countries, such as the United States while it is illegal in Sweden.  A typical sting will have an undercover law enforcement officer, detective, or co-operative member of the public play a role as criminal partner or potential victim and go along with a suspect’s actions to gather evidence of the suspect’s wrongdoing. Mass media journalists occasionally resort to sting operations to record video and broadcast to expose criminal activity. In some of the countries, members of the media also cooperate with the law enforcing or security agencies in a successful sting operation.

Bangladesh possibly now is at the dire necessity of applying this method. Well the method though is already in practice in the country. But in most of such cases, either the members of the law enforcing agencies or their ‘sources’ play foul by falsely implicating any innocent individual as drug peddler, arms dealers, jihadist, trafficker and what not. Moreover, in some cases, members of the law enforcing agencies apply this method with the ulterior motive or agenda of trapping anyone and later making him/her a victim of blackmailing.

Prime Minister Sheikh Hasina has been repeatedly expressing her firm determination of combating corruption, though all of us know, corruption already has taken the shape of menace in this county and it is most unlikely that Prime Minister’s war on corruption may ultimately fall flat. There are multiple factors which would definitely emerge as an obstacle or hurdle in combating corruption. First of all, major segment of our civil administration in particular are notoriously corrupt. So under any circumstance, they will sabotage any drive against corruption. Second reason is – the Anti Corruption Commission (ACC) itself is not free from the allegations of being corruption-plagued.

The other day, I was reading a report in an Indian news portal – the Eastern Herald on a retired public servant in Bangladesh, who has reportedly amassed wealth and cash worth US$ 20-25 million. According to the report, several complaints had earlier been lodged against this person, but in each of the cases, either he managed the ACC in exchange of bribe or had skipped legal consequences by using political influence.

Then of course all of us are aware of the narco-trade connection of an infamous leader of the ruling party from the Chattogram division. This leader seems to be either extremely influential or enjoys impunity for the reason of being affiliated with the ruling party. Most importantly, while he did not get nomination from the party during the December 30 general elections, he managed the nomination for his wife – meaning, he remains as a de facto lawmaker.

This particular example of the ruling party leader’s narco-trade connection rather clearly proves – politics already has been totally rotten while those corrupts or culprits can easily buy favour from the administration as well as from their party supremos simply by playing their ‘money card’. That means, Bangladesh ruling party’s or more precisely Prime Minister Sheikh Hasina’s war against corruption and narcotic will ultimately end-up being a grand flop. Some people argue saying – Sheikh Hasina has the required determination and this is her advantage which would ultimately turn her offensives against corruption into ‘grand success’. I definitely wish this argument would turn into reality. But in fact, it won’t ever.

Does that mean – Bangladesh will never be rescued from the evil grips of those corrupts and culprits? In fact, it can, only if the Prime Minister herself makes the genuine determination of combating corruption in the most ruthless manner. In that case, she has to begin nabbing high-profile corrupts irrespective of their political identity. Sheikh Hasina’s war against corruption should not ultimately turn into another excuse of further intimidating the political opponents. It must be real and genuine drive against corruption.

As a citizen, I only can hope of a real offensive against corruption and Prime Minister Sheikh Hasina herself should continuously monitor the entire process of saving Bangladesh from the clutches of corrupts and culprits.