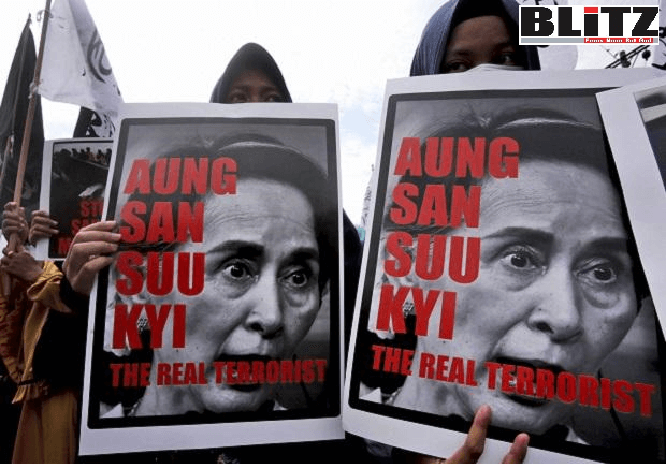 Immediately before being detained by the military establishment, Aung San Suu Kyi sent a message to her supporters with the instruction of protesting against the coup. She has also asked them to stage countrywide “massive protests” and demonstrations and “floor social media” from overseas with posts against the “military junta” of the country. Suu Kyi, through her official Facebook page also has asked her supporters not to accept coup.

The post also mentioned that the military’s actions could endanger the attempts made by the country to fight coronavirus pandemic. So far, Myanmar has registered over 140,000 COVID-19 positive cases and more than 3,000 deaths.

The post added that albeit she had not accepted the 2008 Constitution scripted by the Army, yet she obeyed it since entering Parliament.

Why Myanmar military had to declare State of Emergency

Myanmar’s military assumed control of the country during dawn today, ousting Aung San Suu Kyi and arresting her along with several key figures of her party. The move came after Myanmar’s military leadership complained of massive fraud in the November 8, 2020 election, citing evidences.

The military leaders said they were assuming control for one year under emergency powers granted to them in the constitution.

Political analysts in Washington said, the coup will be an early test of President Joe Biden and Secretary of State Antony Blinken’s ability to tackle a foreign policy crisis, while the U.S. struggles with the COVID-19 pandemic, a brutal economic downturn and a flawed impeachment trial of the former president Donald Trump.

Communications, including phones, TV broadcasts and internet in many parts of the country, including the capital, were cut or hindered, according to reports. Internet monitoring group Netblocks, said online connectivity had dipped to 50 percent normal levels Monday morning, before being partially restored by the afternoon.

Suu Kyi no more a hero

has faced international scorn for her response to a violent crackdown by security forces against the Rohingya, a mostly Muslim ethnic minority. U.N. investigators determined that the violent campaign of arson, rape and murder was carried out with genocidal intent. But Suu Kyi has publicly rejected accusations that the military waged a genocidal campaign against the Rohingya.

Anticipation of coup in Myanmar

Fears of a military coup have been simmering in the Southeast Asian nation since the military disputed the results of the November election citing evidences of massive voter fraud. Suu Kyi’s NLD won in a landslide victory, capturing 396 out of 476 seats, allowing the party to form a government for five more years. The military-backed Union Solidarity and Development Party won just 33 seats.

The military alleged that it found 8.6 million irregularities in voter lists that could have allowed voters to cast multiple ballots or other forms of “voting malpractice,” according to the Associated Press. But on January 29, the country’s election commission, which is under heavy influence of Aung San Suu Kyi, rejected allegations by the military that the election was fraudulent, saying there is no evidence to support the claims.

Min Aung Hlaing, the chief of Myanmar’s military said last week it may be necessary to revoke the country’s constitution if the laws it layed out were not being followed.

Everyone in the world, who had seen Aung San Suu Kyi as a hero and symbol of democracy and human rights were shocked seeing her nefarious stand in favor of Rohingya genocide and her total silence in taking any steps in repatriating millions of Rohingya refugees from Bangladesh. Her open support for the perpetrators of genocide on Rohingyas and her audacious comments of terming the Rohingyas as terrorists had exposed the ugly face of a Suu Kyi, who has been fooling the world with the pretention of a voice in favor of democracy and human rights. Should Aung San Suu Kyi ever capture power in Myanmar, she would emerge as the worst-ever dictator in the world, who would allow persecution on the religious minorities in the country. Suu Kyi’s government would be much worse than Venezuela’s fascist rulers.

Following her detention, it is well anticipated that Aung San Suu Kyi might now resort to practice of destruction, anarchism and terror. She certainly will mobilize her supporters against the entire military establishment, which may finally result in starting of civil war in the country. She certainly stands as a potential threat to Myanmar’s national security.