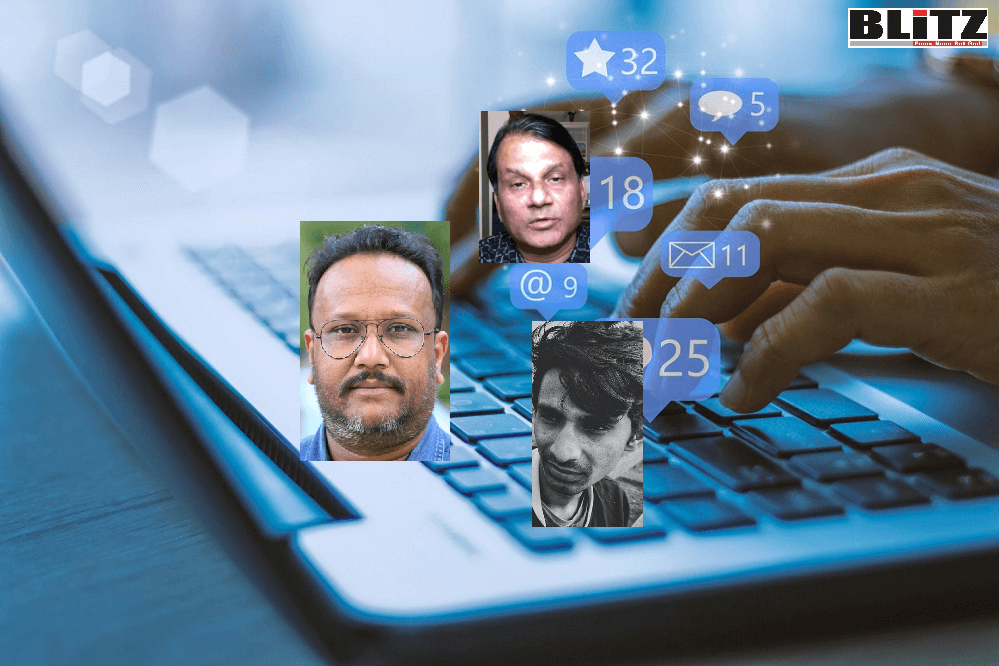 Ever-since airing of the bogus report by terror media network Al Jazeera, several locals in Bangladesh, including media personals are making frantic bids in some how giving credence to the Qatari channels lies and aimed at defaming the Bangladesh government. On the social and media, syndicated propaganda by certain vicious circle is continuing, while some notorious criminals, by promoting the Al Jazeera content are giving provocations of riots and civil unrest from a number of western countries. We are publishing details on few of those anarchists and anti-Bangladesh elements, who are trying to destabilize law and order situation in the country by cashing the bogus report of Al Jazeera:

A junior sub-editor of a local English daily named The Business Standard has been publishing posts on his Facebook, with the ill-motive of further spreading the Al Jazeera lies. His posts are also being shared by several individuals – who had played key roles in manufacturing Al Jazeera’s bogus fairytale.

Jahidur, who had earlier worked as the sub-editor of vernacular daily Manabzamin on his Facebook post on February 2, 2021 (7:29 am) wrote:

Not one single Bangladeshi media outlet dared to publish a word on one of the the biggest revelations of financial and political corruption at the highest levels of the state.

This is the extent of Journalism here. Shame on us…

Commenting on the above post, Nazmus Sadat Parvez, former sub-editor of Manabzamin wrote: “That is exactly why I left brother! And know what, I even extremely limited my consumption of domestic news from local source”.

Documenting an assumed and open-secret issue with strong evidence has immense significance. People should learn to understand and acknowledge it.

Then on February 3, 2021, he posted the link to the Daily Star editorial with his comment stating:

Our government has never been more successful at chocking freedom of speech by simply creating an appalling atmosphere for self-censorship.

“While admitting to our own limitations, it is really the reflection of the environment in which we operate exemplified by the existence of the Digital Security Act (DSA), among others, which is perhaps among the most comprehensively restrictive and oppressive laws against the free press anywhere.”

Anti-Israel Jew and British journalist David Bergman has always been an admirer of Al Jazeera. This time again he has become extra-energetic in spreading the anti-Bangladesh content of Al Jazeera through various platforms, including Facebook.

Bangladesh media is in a serious conundrum. Lets put to one side the pro-Awami League/government media who would anyway not touch Al Jazeera’s programme for ideological reasons. The professional/independent media – Daily Star, Prothom Alo, Dhaka Tribune, New Age etc etc – know that this is a hell of a journalistic story, but fear the consequences of reporting on it. They fear the army/government would close them down – ending the jobs of hundreds of employees. For any Bangladesh editor this must be a real concern – an understandable one. When one talks about Bangladesh government’s repressive activities and authoritarianism – it does have real meaning. However, at the same time, the Bangladesh media’s failure to report on this story is resulting in people really questioning the integrity of the media and journalists with it – meaning I suggest, a serious loss of credibility. This may be unfair – but people do look to the media in times like this. Easy to say from outside Bangladesh, I know, but the editors of the papers need to get together and find a way of all writing about it together – and so protecting each other.

A self-styled anarchist and atheist Tasneem Khalil has always been a favorite name to Al Jazeera as well as anti-Semitic media and organizations. He fled Bangladesh several years ago and took refuge in Sweden, wherefrom he is running a website named Netra News.

Khalil has promoted notorious criminal, money-panderer, ISIS funder and convicted fugitive Shahid Uddin Khan through his verified Facebook page. Although Khalil stopped giving any more support to Shahid Uddin Khan, the fugitive convicted criminal has lately aligned with a pro-BNP writer named Kanak Sarwar, who is living in the US.

A convicted fugitive, who is on red notice of Interpol has been continuing anti-Bangladesh and pro-jihadist activities sitting in Britain. Khan is a funder of Islamic State, while he also is accused of series of criminal charges, including money laundering, dealing in arms and counterfeit currency and forgery.

Shahid has been issuing Al-Qaeda or ISIS-type video statements for some time, through which he has been giving instigations to people in Bangladesh in waging civil war and staging riots. He even is offering financial benefit to people who can sacrifice lives by beginning riots and civil unrest in Bangladesh.