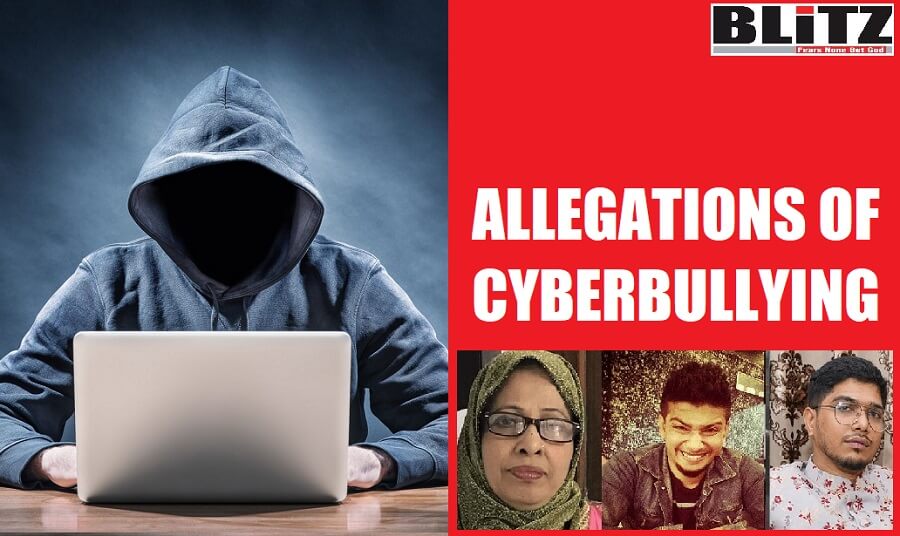 Cybercrime cases are on rise in Bangladesh. Shahaha Rashid Sanu, a woman who posted video during the visit of Indian Prime Minister Narendra Modi with the ulterior motive of inciting riot, terrorist acts, vandalism and arson attacks along with her two sons, namely Sajal Mahmud Ony and Shyamol Mahmood (Anjan) have been accused for committing punishable crimes under Bangladesh’s existing cybercrime laws. A complaint has already been lodged against them with the Cyber Police Centre of the Criminal Investigation Department (CID) of Bangladesh Police in this regard.

It may be mentioned here that, back in 2012, Sajal Mahmud Ony abducted an Indian national named Sanjib Saha at gun point and demanded ransom. Blitz has already published reports detailing his notorious activities, along with anti-state and pro-terrorism activities of his mother Shahana Rashid Sanu.

Meanwhile, legal team of Blitz is preparing a defamation suit against Shahana and her sons.

On March 28, 2021, Blitz has drawn attention of the authorities concerned with specific allegations of money laundering against Shahana Rashid. The matter is already under investigation.

In Bangladesh, bullying anyone through social media is considered serious offense under the existing cybercrime laws. Seeking anonymity, a highly placed source in Bangladesh Police told this correspondent, allegations brought against Shahana Rashid and her sons would be promptly investigated and once bullying contents are found in their social media accounts, necessary legal actions will be taken against them.

Like Loading...
Recommended for you:
Continue Reading
Advertisement
You may also like...
Related Topics:Bangladesh Police, CID, Cyber Police Centre of the Criminal Investigation Department, Cyberbullying, Cybercrime