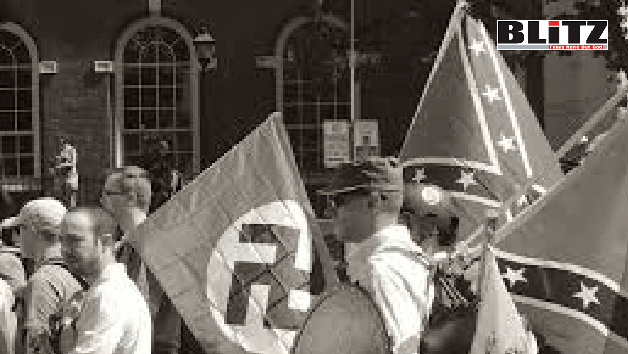 Anti-Semitism takes several forms. One of the under-reported forms of Jew hatred is that perpetrated by Replacement Theologians.

Jews have been persecuted down the ages by Christians who express the view that God has replaced the Jews as His Chosen People for not adopting Christ as our savior.

To this end, Jews have been tortured, banished, burnt at the stake by Christians who have used religion as an expression of their Jew hatred.

This continues to this day.

One example is Rick Wiles who has wrongly been described as a Far-Right anti-Semitic Conspiracy Theorist. He is not. He is a Replacement Theologian.

These are the ravings of a replacement theologian. We have seen this played out in Bethlehem where replacement theologians cohort with the very people who have driven out Christians from a once-Christian town, by foolishly labeling Jesus as “a Palestinian messenger,” in a place where Palestinians hoodlums and terrorists have persecuted once prosperous Bethlehem Christians when the town was under Israeli governance, causing them to flee for their lives.

RTs hate Jews, just as radical Islamists hate Jews. This is how and why they come together in a Cross and Sword coalition against the Jews.

They both do so because we Jews honor a different God.

Occasionally, when I speak to Christian groups, usually those who are passionate supporters of Israel based on their interpretation of the Bible, we discuss the challenges posed by Replacement Theologians.

I tell them to consider this Jewish perspective on how to counter the narrative of misguided RTs.

We Jews do not believe in a God who changes His mind. For, if we did, I can see, when I look across the Middle East and Africa where Christians are being slaughtered and churches are being destroyed by radical Islamists, and in Europe where Christians have drifted into secularism, their churches closed and in many cases turned into mosques, that the RT god has changed his mind again and has deserted Christianity in favor of Islam.

I would advise Wiles to ponder this fact. We Jews do not change our mind about our God and the proof of his blessing is in the success of the Jewish return to our ancient land as predicted in our Bible and the shining success of Israel, the nation state of the Jews.

Wiles should also consider this. Judaism, unlike Christianity and Islam, is not a proselyting religion. We have no ambition to conquer the world.

May I suggest to Roger Wiles that his soul can be soothed by returning to the teachings of Christian pastors like John and Charles Wesley who wrote prayers and psalms about the return of Jews to their ancestral land. For, without that, the Messiah will not come.

Abandoning your anti-Semitism, Mr.Wiles, would be the first step in your return to true merciful Christianity.

The next step would be to acknowledge and embrace Israel as the shining light of the Jewish People fulfilling our biblical prophecy to cherish our God-given land and use it as a center for universal humanity and enlightenment as we are doing with our innovating spirit and Tikun Olam, healing and repairing the world.

Barry Shaw is a regular contributor to Blitz. He is the International Public Diplomacy Director, Israel Institute for Strategic Studies.