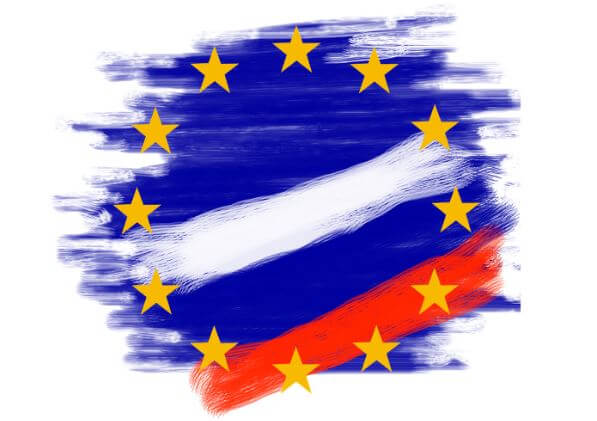 Russian relations with Europe are complicated, and they have military, economic, and often ideological dimensions. The two entities have tried unsuccessfully for centuries to find a modus vivendi. One proposed compromise was the idea of an economic space from Lisbon to Vladivostok – a space to be characterized by a unified economy, a political understanding, and possibly even deep military cooperation.

Vladimir Putin advocated this idea in speeches for years, though he was not the first to propound it. A transcontinental union from the Atlantic to the Pacific is a geopolitical concept that has recurred over time. It is linked to neo-Eurasianism, and before that to the geopolitical triangle of Nazi Germany, Soviet Russia, and Imperial Japan.

An expanse from Lisbon to Vladivostok, which one might call Greater Eurasia, would represent a Russian pivot toward Western Europe. For a time, this was an attractive idea to both the Russians and the Europeans. German Chancellor Angela Merkel once said she hoped “that Russia would increasingly develop ties with the European economic area, finally resulting in a common economic area from Lisbon to Vladivostok.”

But what kind of cooperation would a Greater Eurasia project entail? It might imply at least a free trade agreement (FTA), the core features of which could involve the cutting of tariffs and non-tariff barriers. Business interests in the EU as well as Russia would likely support such a proposition. As Putin put it, “in the future, we could even consider a free trade zone or even more advanced forms of economic integration. The result would be a unified continental market with a capacity worth trillions of euros.”

When we talk about Russia, we need to visualize it together with the neighboring post-Soviet states with which it launched its Eurasian Economic Union (EEU) project in 2015.

One would think that for the EU, an FTA with the EEU would be advantageous from an economic standpoint, since it would give preferential access to an important market. But one would expect the preconditions posed by the EU for the opening of negotiations to be numerous and stringent.

For Moscow, this positioning might be economically advantageous, as the EEU could be a bridge for China’s Belt and Road Initiative (BRI) to connect with the European market. On the map, this looks logical and appealing, but in reality, Beijing – though not against cooperating with other blocs – still aims to draw major Eurasian resources towards itself. Russia’s EEU, which is weaker than the BRI, would inevitably be drawn towards China, and grievances would accumulate on the Russian side.

As far as a unified Russia-Europe economic space is concerned, there remains the fundamental question of whether Russia would consider an FTA with the EU to be in its interests or not. Many Russians fear that it would be asymmetric in favor of the EU. As it is, most Russian exports to the EU, such as oil and gas, are already being traded without tariffs. Also, the challenge for any petro-economy of sustaining a substantial and competitive industrial sector would be tough to pull off.

So far we have given a fairly rosy picture of where the positions between the two regarding the project were several years ago – before the Ukraine crisis.

When discussing Russian geopolitical moves, one must always remember how important Ukraine is to Moscow. It is a driving factor in Russia’s calculus. Ukraine has always been the main point of Moscow’s grand projects, in both the past and the present. The modern-day EEU project, an ambitious venture that goes well beyond the simple removal of borders between five ex-Soviet countries (Armenia, Belarus, Kazakhstan, Kyrgyzstan, and Russia), is weak both economically and geographically without Ukraine.

Many believe that even before the Ukraine crisis, Russia-Europe relations were already strained and a crisis was inevitable – but it should not be forgotten that it is Ukraine that made the differences insurmountable. It can even be argued that the Ukraine crisis put an end to any grand strategic vision uniting Russia and Europe – in other words, the “Lisbon to Vladivostok” vision is dead.

Beyond the Ukrainian problem, there are other important issues that are likely to stop any furtherance of the Greater Eurasia project. Europe and Russia are not just competing economic blocs, but entities with opposite values and political systems. No compromise between the two has been seen for centuries, except for short periods when Russian military power was needed to settle inter-European problems.

Put in a longer-term perspective, we see that the abandoning of the grand Lisbon to Vladivostok vision follows what is taking place across the entire Eurasian continent. Pragmatism and a reliance on state interests and capabilities are back in fashion after the hopeful post-Cold War years.

Over the past several years, Russia has tilted toward the East. While this pivot might be subject to question, certain geopolitical tendencies suggest that it is a genuine redirection. Moscow says this policy shift was its own choice, but the reality is that from three avenues of projection of Russian geopolitical influence (Eastern Europe, South Caucasus, and Central Asia), it is only in Central Asia that Moscow has not met major pushback from Western powers and Chinese influence is only in the economic sphere. This vector of Russian power projection is quite telling in an age when Moscow is more drawn to the east than to west, and it is likely a death blow to the once grand plans of an economic space from Lisbon to Vladivostok.