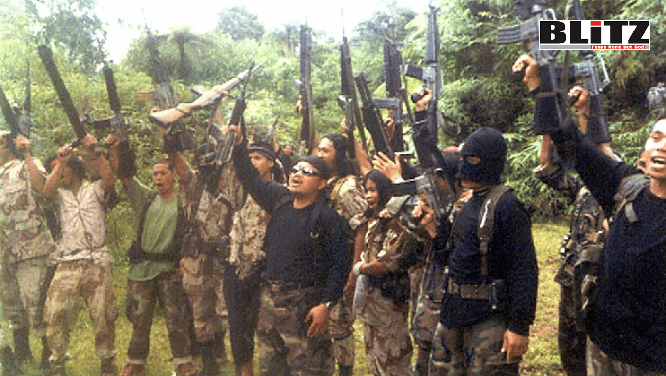 With the Philippines’ long history as a source of Islamist extremism in Southeast Asia, there are indications that the Islamic State is now seeking to extend its presence in the country. While the group has received pledges of support from certain local militant entities, none represents a viable vehicle for furthering sustained attacks outside of Mindanao. Arguably a more relevant threat relates to the large Filipino expatriate community in the Middle East that could either be co-opted as recruits or targeted in attacks.

The Philippines has long been a significant source of Islamist extremism in Southeast Asia. Although the largest and most prominent militant group, the Moro Islamic Liberation Front (MILF), appears set to sign a peace deal with Manila, two other established entities remain active and new ones have emerged. There are also disturbing indications that the so-called Islamic State is seeking to extend its presence in the country by co-opting elements in Mindanao and its surrounding islands. This article examines the current militant landscape in the Philippines and assesses the prospects that it will emerge as a new regional beachhead for Islamic State terrorism.

In May 2017, militants acting in the name of the Islamic State, or ISIS, seized a zone of 24 barangays in Marawi’s center (in the Mindanao province), holding the territory until that October. This “most affected area”, as the government calls it, was the epicenter of the Philippine military’s five-month battle to oust the insurgents. The military’s airstrikes and artillery barrages, as well as pitched battles with the militants, forced some 600,000 people to flee from Marawi and environs, including all the residents of South Madaya. Residents feel that the government has done too little to hasten their return to what they call “ground zero”.

Islamic State in the Philippines

During the last several years, there has been growing concern over the Islamic State’s spreading ideological and operational influence in Southeast Asia. Thus far, most attention has centered on Muslim majority states such as Malaysia and especially Indonesia. While these two countries do warrant a cause for worry, there are indications that the group has also sought to extend its reach into the Philippines. In a 24-minute audio narration that the al-Furqan Media Foundation aired on December 26, 2015, for instance, al-Baghdadi specifically included the Bangsamoro struggle as one of several campaigns that Muslims from around the world should support.

The speech came on the heels of a purported Islamic State-produced video that featured militants performing physical exercises at a “boot camp” in the jungles of Mindanao. There has also been at least some speculation that the bomb attacks in Jakarta on January 14, 2016, were a response to the activities of pro-Islamic State Filipino supporters who were seen as competing with Indonesian jihadists as the recognized standard-bearers for al-Baghdadi’s group in Southeast Asia.

Since the emergence of Islamic State (ISIS), though there was no evidence that it had managed to establish a concerted operational presence in the Philippines, the presence of ISIS became clear since 2017-2018, and the jihadist outfit not only was considering this country as the next frontier of jihad, but it also has been recruiting soldiers with the help of Tablighi Jamaat. Tablighi’s activities appear to have been directed toward two ends: proselytism and recruitment for the jihadist outfit.

It is known that the Islamic State has used social media tools in an attempt to co-opt potential followers and sympathizers from schools and universities in Mindanao. In addition, elements widely suspected of being directly connected to the organization have purportedly tried to enlist fighters to join al-Baghdadi’s self-defined jihad in Syria and Iraq (allegedly offering US$147 as a joining bonus). These latter activities first came to light in July 2014 when Musa Ceratino—an Australian-born Christian convert to Islam and regular attendee of the radical al-Risalah Salafist center in Sydney, Australia—was arrested in Cebu City in the Philippines for inciting terrorism on the internet and exhorting Filipinos to go fight for the Islamic State in the Middle East.

In August 2014, leaked government documents claimed that as many as 200 nationals had infiltrated Iraq to undergo militant training with the Islamic State, further warning that many of these volunteers intended to return to the Philippines to wage a jihad war as hardened and experienced Islamists.

Tablighi Jamaat has a significant presence in Mindanao, and this has already resulted in the extreme radicalization of the local Muslims. All most all of the Mindanao Muslim population are infected with the poison of religious hatred. They hate their fellow Christian Filipinos.

Local jihadist outfits in the Philippines have been sending male and female workers mostly from the Mindanao province to a number of countries in the Middle East, such as United Arab Emirates, Oman, Saudi Arabia, Kuwait, Qatar, Bahrain, etc. Under the disguise of domestic help of workers in various sectors in those countries, these Filipino nationals provide a part of their monthly income towards buying weapons and other logistics for the jihadist groups in their home country.

At the instructions from the leaders of the radical Islamic terror groups, mostly young Muslims from Mindanao are gradually moving to Manila and other cities and expanding their financial establishments, starting of owning the so-called tricycle to operating small massage parlors, street-side shops etcetera. They voluntarily send a portion of their income to Mindanao, which finally goes to the jihadist groups.

The way radical Islam and religious extremism are spreading throughout the Muslim populace in the Philippines, we should definitely feel extremely concerned as we do not want that beautiful country to go into the grips of radical Islam. Filipino government needs to initiate effective measures for checking the rise of radical Islam and jihadism. As the first step, activities of the Tablighi Jamaat should be banned forthwith while there should be restrictions on the sharing of ultra-Islamic propaganda materials through various apps and secret websites in the Philippines.