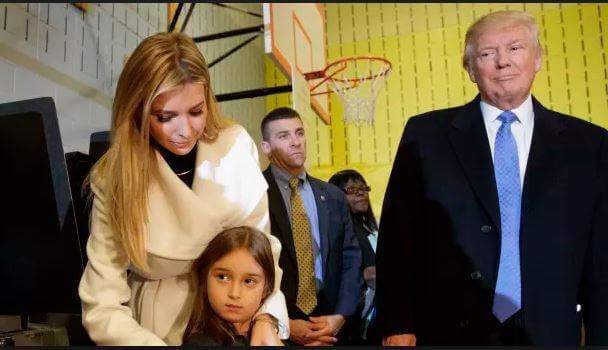 Having spent the past week or so in Los Angeles, I have been struck once again by the deep anxiety in the American Jewish community over the intensifying demonization of Israel on campus and over self-styled progressive Jews.

I have also been exposed to the even more intense divisions within that community over President Donald Trump. One of the most bizarre conceits among those who hate him is that he’s an anti-Semite, or at the very least knowingly encourages anti-Semites.

A guest of the Hanukkah celebration at the White House last year told me he had the opportunity to observe the president up close.

Surrounded by Jewish friends and Republican colleagues, Trump said proudly when his family arrived: “Here are my Jewish grandchildren.” It was simply inconceivable, said my informant, that anyone could seriously believe there was an anti-Semitic bone in his body. For those who hate him, however, it’s as if all the evils and problems in the world are somehow his fault. It’s not simply a question of loathing his uncouthness or finding his personality objectionable. He has become their obsession. He occupies their every waking thought. He is their personal demon.

The same people, however, are overwhelmingly silent about the anti-Semites and Israel-bashers in the Democratic Party, more of whom have been elected to Congress in the mid-terms.

There’s silence from such quarters over Ilhan Omar, elected in Minnesota and who has said: “Israel has hypnotized the world, may Allah awaken the people and help them see the evil doings of Israel.”

Silence over Rashida Tlaib, elected for a Michigan seat and who, asked if she would vote against military aid to Israel, replied: “Absolutely … I will be using my position in Congress so that no country, not one, should be able to get aid from the U.S. when they still promote that kind of injustice.”

Silence, too, over Women’s March leaders Tamika Mallory and Linda Sarsour, despite their support for Louis Farrakhan who raves about “satanic” Jews.

This evacuation of morality over American politics has echoes of the way Israel itself is treated: demonized by falsehoods and distortion while Palestinian depravity and anti-Semitism are ignored or even sanitized.

The issues of Trump and Israel intersect among many progressive Jews in a further distressing way.

They hate Trump also for his decision to move the U.S. embassy to Jerusalem, which they think has somehow prevented peace in our time in the Middle East. And they hate Israel even more because Israel regards Trump as a true friend—not least because he moved the embassy to Jerusalem.

So Trump, himself toxified through an unhinged thought process which casts him as an enabler of anti-Semitism, is therefore in turn toxifying Israel in the eyes of progressive Jews—and all because he’s actually so philo-Semitic, one of the most pro-Israel presidents in American history.

Just how crazy is this?

Meanwhile, the problem remains how to combat BDS on campus. This weekend, despite an outcry, a conference is taking place at UCLA held by National Students for Justice in Palestine.

NSJP has a record not only of advocating Israel’s eventual destruction and supporting pro-terrorism figures, but also bullying and intimidating pro-Israel and Jewish students with vicious and sometimes anti-Semitic rhetoric and even physical violence.

Yet UCLA Chancellor Gene Block has refused to cancel the conference on the basis that all forms of speech must be permitted on campus.

He has acknowledged that anti-Israel statements can turn into “hostility against the Jewish people.” However, he said, NSJP still had a legal right to host its conference even if this was “infused with anti-Semitic rhetoric.”

“Ultimately,” he wrote, “we must combat speech that is distasteful with more and better speech.”

Would he say the same if, say, David Duke or the Aryan Nations group wanted to speak on campus? Of course not; these would rightly be seen as contributing nothing to rational debate but posing instead a threat to minority students.

To put it another way, despite expressing concern about NSJP Block is implicitly accepting there is some validity in what they say. But since he accepts their discourse is “infused with anti-Semitic rhetoric,” he should consider no part of that discourse to be acceptable. He writes of “democracy’s commitment to open debate.” He therefore appears to believe that democracy has a commitment to permit anti-Semitism.

As Judea Pearl, professor of computer science at UCLA and father of slain journalist Daniel Pearl, wrote to the Jewish Journal of Greater Los Angeles: “This is ‘viewpoint neutrality’ UCLA style.” He continued:

“When xenophobic Milo Yiannopoulos requested to speak at UCLA [he was invited by Republican students last February to speak on ‘Ten things I hate about Mexico’] Chancellor Block wrote (paraphrased): I can’t stop you legally but be aware, you are not exactly welcome on this campus, you are in fact disgusting, your values clash with ours.

Even Los Angeles City Council unanimously called on UCLA to cancel the conference, with one member telling Block he was “shocked and disappointed” that it was allowing it to occur.

Yet the response by both Hillel and the Anti-Defamation League echoed Block’s feebleness. UCLA Hillel Director Aaron Lerner said: “The Chancellor has made his voice heard, and confirmed his opposition to BDS. That’s a win.”

You wonder what Lerner would consider a loss. As for the ADL, it said it was “deeply concerned about the potential impact the SJP conference might have on the campus climate at UCLA,” and “on the safety and security of all students on campus.”

It called upon the university to ensure “that all UCLA communities are treated with respect, free from vilification and harassment, and to continue to denounce messages coming from SJP that are to the contrary.”

But allowing the NSJP to spread their poison on campus makes all students unsafe. Despite acknowledging this, though, the ADL accepts their right to do so.

Free speech is not an absolute right. It must be limited if it incites harm. Promoting Jew-hatred causes harm.

Yet like other campuses, UCLA permits this while kowtowing to those who want to silence free speech on the grounds of merely sparing people’s feelings—as in the troubling dismissal of conservative communication-studies lecturer Keith Fink, who had expressed robust views critical of UCLA on, of all issues, freedom of speech.

The more they scream about Trump, the more they create an alibi for that very same ugliness in their own souls. And that, of course, is precisely what anti-Semites do to the Jews and to Israel.