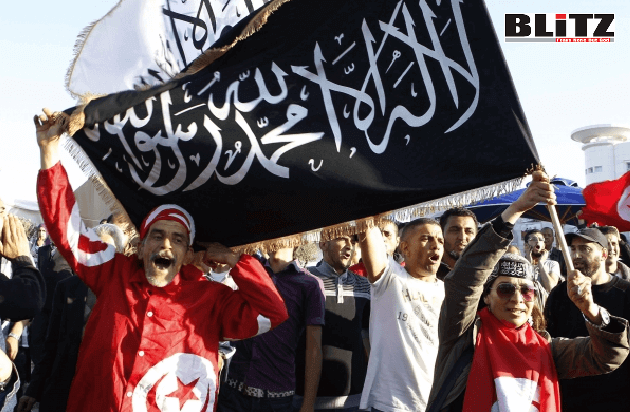 Tunisia, which has been led by Islamists and secularists since the 2010-11 revolution toppled the late President Zine al-Abdine Ben Ali, appears to be returning to Islamist rule after recent elections.

Law professor Kais Saied cruised to victory earlier this month, capturing nearly three-fourths of the vote. It didn’t hurt that his opponent, Nabil Karoui was arrested in August on corruption charges and spent nearly 48 days in prison before being released only four days before the vote.

While he ran as an independent candidate, Saied carries conservative Islamist leanings and is viewed as the backdoor for Islamists to return to power. He is anti-gender equality, has claimed that homosexuals are funded by foreign powers to destroy Islamic countries, and wants to restore the death penalty, which Tunisia suspended in 1994.

In an interview with Tunisian newspaper Al Sharaa Al Magharbi, Saied rejected late president Beji Caid Essebsi’s gender equality reforms based on religious and scientific reasons which he didn’t specify. “There is a difference between equality and justice,” Saied said. “There is a religious text and there is the scientific one. I have scientific ‘rockets’ that I am ready to launch when I feel the time is right in regard of these equality matters. I know when, where and how because there is a lot of misconceptions in that matter.”

Saied’s demagogic speeches appealed to a large base of Islamists and younger Tunisians.

He called any effort to normalize relations with Israel “high treason.”

“Naturally, we are at war with the Zionist Entity and the concept of normalization of relations appeared after the signing of Camp David accords,” he said before the election. Whoever deals with the enemy is a traitor and his treason is regarded as high treason and has to answer to the law and if not the people will.” Saied reiterated the same message during a debate with Karoui.

In his victory speech, he said that he wished that the Palestinian flag was standing next to the Tunisian flag.

Saied’s followers chanted, “The people want the liberation of Palestine,” after he won.

On the other hand, Saied’s infatuation with the Palestinian cause was heavily criticized by some Tunisian media and analysts. “Who elected Kais Saied? Did the Palestinians vote for him? Tunisians voted for you so talk to Tunisians!”, said TV anchor Mohamed Boughalab. “What are you going do with the Palestinian flag? Stop lying to people! What you are going to do? March your mighty army to liberate Palestine? We have extreme worries in Tunisia. You have the IMF delegation to negotiate with; You have 100,000 unemployed Tunisians over 40 years old. You have to pay 20 billion Tunisian dinars [$7 billion) for wages? We [Tunisians] are sinking!”

Tunisia’s political spectrum has been characterized by a dynamic pattern since the “Jasmine Revolution” led to Ben Ali’s departure. But Islamists, especially the Muslim Brotherhood-linked Ennahda party, have always played a pivotal role in shaping the country’s politics.

This latest round of presidential and parliamentary elections followed Essebsi’s death in July. They were seen as were particularly critical for Islamists, whose influence waned during Essebsi’s years in office, especially after the revolutionary social reforms he introduced awaited final parliamentary approval.

Those social reforms, including gender equality protections like equal inheritance rights for men and women, have irked Islamists led by the Ennahda Party, which managed to stall any parliament action making them formal. Ennahda won 40 seats out of 217 in Parliament, the most of any party. A new party, the Heart of Tunisia, founded by losing presidential candidate Nabil Karoui, came in second with 33 seats.

Ennahda’s parliamentary gains and Saied’s election were aided by challenges facing Tunisia, including economic woes, terrorist activities and political divides among the secular parties. Saied was endorsed by the Ennhada party after its candidate, Abdel Fattah Mouro, came in third in the first round of voting. Some radical leftists also backed Saied in the last round.

Ghannouchi has been nominated as Ennahda’s candidate for prime minister despite a lack of interest from most parties in joining with Ennahda in a coalition to form a cabinet. Secular parties don’t trust Ennahda or support Ghannouchi as its prime minister nominee. The Islamist Al Karama Party, which came in fourth place with 21 parliamentary seats, expressed interest in joining with Ennahda to form a government. But that still would leave Ennahda short of a coalition including 109 seats to form a majority.

The elections marked a revival for Ennahda, which had seen its popularity sag in earlier polling. Its campaign used traditional Islamist tactics, including religious slogans. “Divine will demands voting for Ennahda,” said party leader Habib Ellouze.

Essebsi’s son now leads his party, Nidaa Tounis. It was humiliated in the parliamentary elections, winning only three seats after peaking with 86 seats in 2014.

As a result, the fate of Essebsi’s reforms remains in the balance. The new president opposes them and Ennahda seems poised to be a power broker in any parliament and cabinet that emerges.

Saied would certainly prefer to see these reforms eliminated, but despite his landslide win, such a move could cause political problems for him. Any immediate decision could make him appear to be an extremist in his administration’s first days.

Secularists remain wary of Saied controversies and provoking them will mean that his presidency will be a bumpy one. But his campaign shows he knows how to invoke demagoguery to his favor, especially on issues which appeal to Islamists, like Palestine.

If he and Ennahda try to use the same weapon against Essebsi’s reforms, there may be a political price to pay for that. Tunisian secularists can rally their parties to challenge the president. That’s what happened in 2014, paving the way for Essebsi’s election.