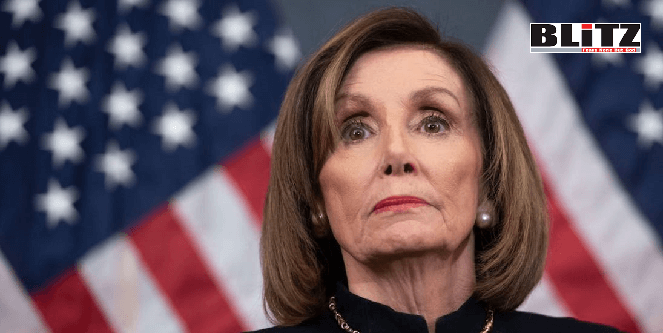 The three impeachments to date in US history (Andrew Johnson, Bill Clinton, and Donald Trump) and the Nixon impeachment inquiry and resulting presidential resignation shed light on the current Constitutional meaning of impeachment and how it will affect the future relationship between Congress and the executive branch.  Impeachment and conviction as a check by Congress on the president may have been eliminated altogether. The American people no longer trust their political institutions, processes, or politicians to provide accountability.

Impeachment as a constitutional check on the president may have been completely eviscerated by the Trump impeachment.

What remains of the process of impeachment by the House of Representatives and conviction in the Senate, as prescribed by Article 1, Sections 2 and 3 of the US Constitution, is that a President can be impeached and convicted only for a heinous crime, assuming there is bipartisan approval. The original intention of the founding fathers was that impeachment was a political act designed to eject from political society a public official who had violated the public trust.

Alexander Hamilton wrote in Federalist No. 65 that the process of impeachment and conviction is directed at “offenses which proceed from the misconduct of public men, or, in other words, from the abuse or violation of some public trust. They are of a nature which may with peculiar propriety be denominated political, as they relate chiefly to injuries done immediately to the society itself”.

Article II, Section 4 of the Constitution provides that the president shall be “removed from Office on Impeachment for, and Conviction of, Treason, Bribery, or other high Crimes and Misdemeanors”. While treason and bribery are terms with specific meanings, the phrase “high crimes and misdemeanors” has eluded clear interpretation. The Constitution provides little insight on this definition.

Article I, Section 2 states that the House of Representatives shall have the “sole power of impeachment” (by a majority vote as no specific vote is indicated); but Article I, Section 3 sets forth that the Senate (“on a vote of two-thirds of the Members present”) shall “have the sole power to try all impeachments”. The procedure beyond these provisions is delineated in rules of the House and Senate.

Impeachment is an accusation, similar to an indictment. Speaker of the House Nancy Pelosi weakened the meaning of impeachment by failing to submit Articles of Impeachment against President Trump to the US Senate so that body could conduct a trial, as provided by the Constitution. Her insistence that the House needs to assure that the President gets a fair trial in the Senate is contrary to what the Constitution intended; namely, that it is the Senate that conducts the trial with the Chief Justice of the US Supreme Court presiding.

Indeed, Constitutional Law Professor Noah Feldman (who testified in the House Judiciary Committee concerning Trump’s impeachment) is of the view that Trump has not been impeached and will not have been impeached until Articles of Impeachment are provided to the Senate.

Feldman is incorrect. President Trump has indeed been impeached as a result of the passing by the House of the two Articles of Impeachment. The question is what happens next. If House Speaker Pelosi fails to give the required notice to the Senate, the Senate might change the rules (by majority vote, bearing in mind that the Republicans have a majority) to allow the trial to proceed. The other alternative would be for the Senate to decide not to hold the trial (similar to the tactic used by Senate Republicans when Justice Antonin Scalia died) and await the results of the presidential election in November 2020.

The founding fathers placed the responsibility to conduct the trial of an impeached president in the hands of the Senate, with the Chief Justice of the US Supreme Court presiding. In Federalist No. 65, Hamilton expressed his confidence in the Senate’s ability to fulfill this commission:

Where else than in the Senate could have been found a tribunal sufficiently dignified, or sufficiently independent? What other body would be likely to feel confidence enough in its own situation, to preserve, unawed and uninfluenced, the necessary impartiality between an individual accused, and the representatives of the people, his accusers?

How times have changed!

According to Prof. Charles Black in his Handbook on Impeachment, to understand the meaning of this phrase we should apply the legal principle of eiusdem genesis. This principle states that “when a general word occurs after a number of specific words, the meaning of the general word ought often to be limited to the kind or class of things within which the specific words fall”.  Accordingly, argues Black, “high crimes and misdemeanors” covers “offenses at the same serious level of treason and bribery, which are rather obviously wrong, whether or not ‘criminal’, and which so seriously threaten the order of political society as to make pestilent and dangerous the continuation in power of their perpetrator.”

The historical record of impeachment—and the absence of any presidential conviction throughout American history—has not provided a guideline. To further complicate matters, the impeachment and conviction process has become a completely partisan effort. Hamilton warned against this, writing:

The prosecution…will seldom fail to agitate the passions of the whole community, and to divide it into parties more or less friendly or inimical to the accused. In many cases it will connect itself with the pre-existing factions, and will enlist all their animosities, partialities, influence, and interest on one side or on the other; and in such cases there will always be the greatest danger that the decision will be regulated more by the comparative strength of parties, than by the real demonstrations of innocence or guilt.

How these words resonate today. Trump is being impeached in the House by only one political party (the Democrats). If and when the Senate trial should occur, the determination of whether or not to convict will rest solely on the decision of the other party (the Republicans).

President Ford was right on track when he said, “an impeachable offense is whatever a majority of the House of Representatives considers [it] to be at a given moment in history.”

The Nixon impeachment allegations led to his resignation only because Republican leaders told him he would not have Republican support and would be convicted and removed from office. Nixon resigned and pardoned Ford, thus ending the “long national nightmare” caused by Nixon’s actions. There is no comparable political situation in the country today.

The Trump impeachment has highlighted the many ambiguities inherent in the process. The Andrew Johnson impeachment illustrates the failings of the process, but also provides an important lesson. He was acquitted by one vote in the Senate, cast by Senator Edmund G. Ross of Kansas, who was included by John F. Kennedy in Profiles in Courage. When asked why he had cast the deciding vote exonerating Johnson, he said:

If … the President must step down … a disgraced man and a political outcast … upon insufficient proofs and from partisan considerations, the office of President would be degraded, cease to be a coordinate branch of the government, and ever after subordinated to the legislative will.

Johnson was impeached for violating the Tenure of Office Act, which, contrary to the US Constitution, provided that the President must obtain the approval of the Senate to fire a presidential appointee who had previously been approved by that body. The Radical Republicans took advantage of this ill-advised statute in a scheme of political revenge to try to oust Johnson, who had fired Edwin Stanton, the Radical Republican Secretary of War, a bitter political rival. The Radical Republicans objected to what they perceived as Johnson’s interfering with their policies on Reconstruction and wanted him out. They saw impeachment as a possible means to that end.

The Johnson impeachment was groundless and he was acquitted. President Clinton was impeached for perjury related to the Monica Lewinsky affair, and he too was acquitted by the Senate. As for Nixon, the Articles of Impeachment adopted by the House Judiciary Committee accused him of serious crimes related to the Watergate break-in. He resigned rather than face an inevitable conviction.

The Articles of Impeachment against Trump for Abuse of Power (Article I) and Obstruction of Congress (Article II) are decidedly weaker than those alleged against Nixon. Article I relates to Trump’s allegedly pressuring the Ukrainian president to investigate former VP Joe Biden in exchange for the US releasing $391 million in desperately needed foreign and military assistance. Whether or not this allegation is true, the question is whether it constitutes “high crimes and misdemeanors”. The Democrats in the House think it does; House Republicans do not.

As for Article II, Obstruction of Congress, the question is why the House did not go to the Supreme Court to seek a court order to force Trump to comply with House subpoenas—a request the Court would have likely granted. Instead, the Democrats in the House approved an Article of Impeachment regarding Obstruction of Congress. In so doing, they ignored the president’s executive privilege.

As 2020 begins, the American people are frustrated by a process that appears to be meaningless, as Senate Majority Leader Mitch McConnell has in effect confirmed that Trump will not be convicted. Further, there is a striking contrast between the public mood during the Nixon impeachment inquiry—the nation was riveted—and the Trump impeachment, which the American people spent doing their holiday shopping. The economy was unaffected and the people’s focus was elsewhere.

The American people have come to lack faith in their political institutions and processes, and that erosion of faith is being used for political ends. The Electoral College, for example, which was designed to ensure that populous voting centers do not enjoy disproportionate political power, was much maligned by Democrats upset by the Hillary Clinton loss as undemocratic, and they continue to argue that it should be replaced by a national popular vote. Gerrymandering—the drawing of House district lines based on political and partisan motivations to assure victory in particular districts—undermines the democratic process.

The root cause of all this discontent is the heightened, highly partisan political polarization that has influenced every branch and element of American government. In a polarized society, impeachment does not work. Public support for institutions is undermined. The founding fathers intended for checks and balances and the separation of powers to assure that no one branch of government can take control. Partisanship disrupts and convolutes the whole system.

At the end of the day, the only real check on a president is bipartisan action. Without it, impeachment and conviction are dead letters.

As Thomas Jefferson wrote in the Declaration of Independence, “mankind is more disposed to suffer, while evils are sufferable”. The American people will likely have to just muddle through until the next presidential election. In the meantime, they will suffer the consequences of dysfunctional political institutions and a failure of real leadership.

President Trump may turn out to be the first president to be impeached, acquitted by the Senate, and then reelected for a second term, further weakening the efficacy of the impeachment and conviction process.

Dr. Mark Meirowitz is an Associate Professor at SUNY Maritime College and a Non-Resident Research Associate at the BESA Center. [email protected]