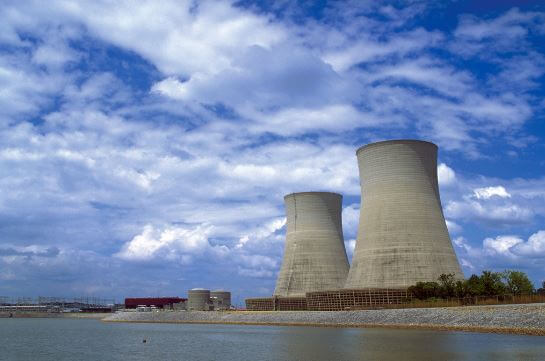 Saudi Arabia is planning to develop 16 nuclear reactors over the next quarter century, for which it is willing to invest $80 billion.

Nuclear energy is crucial to Riyadh for three reasons. First, the growing demand for electricity in the kingdom due to economic growth and development requires more energy, and nuclear power can provide clean energy. KACARE (King Abdullah City for Atomic and Renewable Energy) reports that the “annual increase in domestic demand for energy ranges now between six percent to eight percent and that the Kingdom will have to increase its generated power by 80 GWe by 2040.”

Second, Riyadh wants to diversify its energy mix. By using nuclear energy to supply domestic demand, the kingdom would be able to reduce its dependence on its own crude oil and export more of it instead.

The Trump administration wants Riyadh to accept the “gold standard” accepted by the United Arab Emirates (UAE) and other Middle Eastern countries that have entered into nuclear energy cooperation agreements with Washington. Agreement 123 of the US Atomic Energy Act of 1954 includes provisions stating that a country entering into nuclear energy cooperation with the US will not enrich uranium or reprocess spent fuel. But because Tehran is allowed to enrich uranium for its energy program, the Saudis would likely feel they would lose face should they accept a restriction on enrichment.

Washington is under some constraint here, as there is strict opposition from lawmakers to any compromise on the US standard for nuclear energy cooperation. The US also faces stiff opposition from Israeli PM Benjamin Netanyahu, who has time and again asked President Trump not to allow the Saudis to enrich uranium. The concern is that the Saudis might develop a bomb should they divert from the “gold standard.”

The US is well aware that it is not Riyadh’s only option regarding nuclear energy technology. Russia and China are keen to pursue nuclear energy cooperation with Riyadh. Both countries have engaged in such cooperation with other countries in the Middle East, and Saudi Arabia has already cooperated with Beijing in the fields of nuclear fuel elements supply and manufacturing as well as research reactors.

The US also faces stiff competition from South Korea, which has shown keen interest in promoting nuclear energy cooperation with Riyadh.

Saudi Arabia’s energy minister, Khalid al Falih, has explicitly said, “If the US is not with us, they will lose the opportunity to influence the program in a positive way.” The kingdom has also argued its right to nuclear energy and enrichment on the grounds that it is a party to the Non-Proliferation Treaty (NPT). The NPT does not prohibit member states from enriching uranium should they wish to do so for a nuclear energy program.

Washington is therefore on the horns of a dilemma as to the best policy to apply to Riyadh. The approach at the moment is to cajole Saudi Arabia into agreeing to a deal that would strengthen non-proliferation. The Saudis naturally want a deal that directly suits their purposes, and they know full well that there is no shortage of competitors in the market willing to step in. The US most definitely does not want a Russian or Chinese nuclear market to flourish in Saudi Arabia.