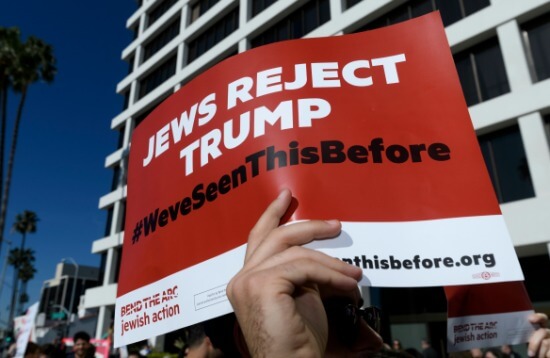 We are seeing, almost daily, a strange phenomena, these days, the appearance of people who make a point of being Jewish, who are making statements, taking positions on issues, and essentially getting publicity for themselves as what might be called anti-Semitic Jews.

Historically, we always saw some Jews who converted to Christianity or Islam who then turned against the Jewish people, whether out of their new beliefs or to prove to themselves what they did was right, some of them becoming more virulently anti-Jewish than the Gentiles around them.

And we always had those Jews who believed that the way to escape the possibility of persecution was to change themselves, discount their Judaism in their own lives, or hide their being Jewish, often adopting various political and social ideologies as their new “religion”, to be part of something that is not part of their Jewish origins.

But today, we have something relatively new, historically. Actually, two new things:

(1) Jews who have excluded most of Judaism from their lives, adopted various ideologies, but who claim to be Jewish still, though they ingratiate themselves (or thinking they do) to their Gentile associates by making a joke of anything that might be Jewish – using some Yiddish word, laughing about Matzo or Gefilte Fish on Passover, or like one US Senator, making a point of showing how he has shrugged over Jewishness by making his favourite meal – meatloaf that is 50% Pork.

(2) And then there is another type – they are either in a mixed marriage or the product of a mixed marriage, who claims some Jewish identity, but knows virtually nothing of Judaism, nor has any real interest in it. Virtually all the Jews who have adopted hostility toward Jewish concerns including Israel.

Look around for yourselves. Look at the so-called Jews in the “Jewish Voice for Peace”, or those who have allied themselves with various left-wing movements, or those who are busy excusing anti-Semitism in American or European politics. Look at their personal lives!