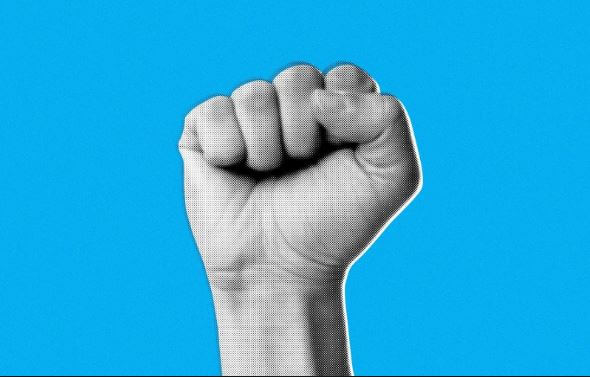 Why is anti-Semitism now out of control in the West?

Jew-hatred, alas, is always with us. The most we can expect is that it is kept down by unequivocal social disapproval. What causes it to explode into an uncontrolled epidemic is the weakening of that powerful social stigma.

After the Holocaust, the enormity of that crime was such that anti-Semitism went underground. Any such expressions that did occur were regarded as the province of cranks on the fringes of society who were accordingly shunned. What tells you the Jews are in trouble is when such expressions are regarded by a critical mass of the population with indifference or even approval.

That’s what is happening now in Britain, America and parts of mainland Europe.

Last weekend, participants in a street celebration for Lent in the Belgian city of Aalst paraded giant puppets of grotesquely caricatured Jews standing on gold coins with moneybags at their feet.

One, with a rat in his shoulder, was smoking a cigar and extending a hand as if to collect money. The Dutch Chief Rabbi, Binyomin Jacobs, condemned this display as “shocking, typical, anti-Semitic caricatures from 1939.”

The really shocking thing, however, was that the people who produced this float weren’t refused permission or driven from the carnival as social pariahs. On the contrary: They constructed this obscenity assuming that it would gain the approval and enthusiasm of the citizens of Aalst.

In America, freshman Minnesota congresswoman Ilhan Omar tweeted soon after her election that AIPAC bought congressional support with “the Benjamins.” After a reminder that in 2012 she had accused Israel of “hypnotizing the world” and prayed that “Allah awaken the people and help them see [Israel’s] evil doings,” she issued a feeble apology before doubling down on her claim of a Jewish conspiracy.

Yet the Democrat House Speaker, Nancy Pelosi, actually appointed Omar to the House Foreign Affairs Committee, which gives her a platform from which to bash Israel. Worse still, the Democrats have also failed to act against other Jew and Israel-bashers, such as Omar’s fellow freshman representatives Alexandria Ocasio-Cortez and Rashida Tlaib, while prominent Democrats have also appeared on platforms with the virulent anti-Semite Nation of Islam leader Louis Farrakhan.

Omar further exacerbated her offence by claiming last week that she and Tlaib were being accused of anti-Semitism only because they were Muslims, and then suggesting that supporters of Israel in Congress were pushing for “allegiance to a foreign country.”

The proper response to such brazen and repeated anti-Semitism would be to remove Omar from Congress.

Yet Pelosi posed with Omar and Ocasio-Cortez, along with a black female novice congresswoman, on the cover of Rolling Stone magazine, which Pelosi’s official website was promoting last weekend with the legend: “A picture is worth a thousand words,” and that this one was worth “millions of dreams to women and girls across America.”

Worse still, amid gathering uproar over Omar’s comments, the Democrats couldn’t even bring themselves to vote on a feeble motion condemning anti-Semitism in general, but which didn’t name Omar. They are now reportedly working on a motion to condemn all prejudice. Flinching from condemning the anti-Semites in their own ranks, they have failed to take any action against them at all.

Meanwhile, those supposed standard-bearers of liberal decency, The New York Times and The Washington Post suggested respectively that Omar’s attack on AIPAC raised important questions about the influence wielded by Zionists and Jews, and that if Pelosi unequivocally condemned anti-Semitism, she would provoke questions over America’s policy towards Israel.

All this suggests the Democrats are going the same way as Britain’s Labour Party, which is in an ever-deepening crisis over the virulent anti-Semitism that has erupted among, at minimum, hundreds of its members.

One tweeted “Jews murder people and children” and questioned whether Jewish parliamentarians had “human blood” with “their hearts and brains totally devoid of humanity.”  Another ranted about “their double dealing, back stabbing, cheating chilling coldness.” Yet another reportedly wrote that Joan Ryan, the non-Jewish former chair of Labour Friends of Israel, should be “thrown in the ovens.”

The evidence is so appalling that almost 1,000 supporters of the party’s hard-left leader Jeremy Corbyn have even signed an open letter apologizing to the Jewish community, saying Labour has been “too slow” to recognize the anti-Semitism in its ranks. Most perpetrators have not been called to account and are still in the party.

So why is there such tolerance for this intolerable bigotry? Anti-Semitism currently comes from four groups: the left, the Islamic world, neo-Nazis and, in the United States, radicalized African-Americans.

Of these, the left are the most important, as they control the levers of our culture. And the left are currently both incubators and facilitators of anti-Semitism.

This is why. First, many of them now subscribe to the Marxist view that life is a constant battle between the powerful and the powerless.

The second reason is the left’s signature motif of grievance culture and “intersectionality,” in which overlapping identity groups play the victim card. This gives such groups a moral free pass on the basis that victims can’t be held responsible for their own misdeeds.

So every group that does not conform to the left-wing definition of power—deemed to be pale, male, heterosexual and Western—claims victim status and that get-out-of-jail-free card. But Jews can’t be victims, under this rubric, because they are widely perceived to run the financial world, the media, the law, the arts, American foreign policy. So they are seen as all-powerful.

Worse, there is a burning resentment against the Jews’ perceived status as the world’s supreme victims. Under the surface bubbles the belief that the Holocaust has enabled the Jews to get a free pass.

From what, exactly? Why, from all the stuff that anti-Semites think about the Jews: that they are rapacious and disloyal, and are out to control the world. In other words, such people think these anti-Semitic libels are actually true, but the Jews’ status as ultimate victims prevents people from voicing them.

And now follows the shocking link to today’s victim culture: that if the Jews have got a free pass for their misdeeds, then so, too, can any group that claims to be victims. The difference, of course, is that while victim groups thus claim impunity for acts of irresponsibility, abuses of power or other bad behavior, the Jews are wholly innocent of the crimes that anti-Semites so falsely lay at their door.

In addition to this, the left supports the Palestine cause, which is based on anti-Semitism; and they pounce on any criticism of either Muslims or the black community as Islamophobia or racism.

In these ways, the profound anti-Semitism in their own ranks is being legitimized by, and is in turn legitimizing and emboldening, both the anti-Semitism spewing from both the Islamic world and from neo-Nazis and their ilk, whose utterances are often indistinguishable from Muslim or left-wing anti-Semites.

That is the shocking and truly appalling reason that anti-Semitism in the West is now out of control.

Melanie Phillips, a British journalist, broadcaster and author, writes a column for JNS every two weeks. Currently a columnist for “The Times of London,” her personal and political memoir, “Guardian Angel,” has been published by Bombardier, which has also published her first novel, “The Legacy,” released in April 2018. Her work can be found at her website, www.melaniephillips.com.