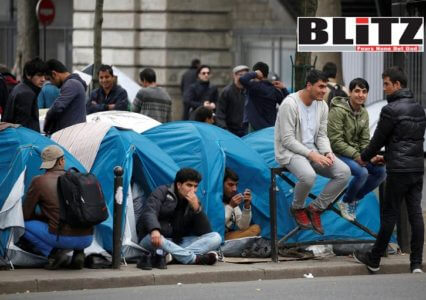 A Bangladeshi Hindu woman had suddenly hit the headline in the local news media when the video content of her short interaction with President Donald Trump went viral, where this woman is seen giving misleading information to the US President clearly with some ulterior motive. Immediately after this, the woman named Priya Saha received almost spontaneous support from a number of radical Hinduist groups in India, including Tathagata Roy, Governor of Tripura who hailed Saha through several tweets stating, “After 72 years of unbelievable persecution of Hindus, Buddhists and Christians (HBC) in East Pakistan/Bangladesh, at last, the issue is being brought to the notice of the world. Kudos to Priya Saha, and before her, Taslima Nasrin, Shahriyar Kabir, Salam Azad [Salim Samad], Muntasir Mamoon, Abul Barkat”.

According to media reports, Saha, one of the many organizing secretaries of the Hindu, Christian and Buddhist Unity Council, a pressure group of the minorities in Bangladesh, is now a household name in the country for the infamy she acquired for her recent anti-Bangladesh actions while she was in Washington. She managed an invitation to the Oval Office as an alleged victim of religious persecution with 16 others from several countries in a similar predicament to share their experiences with US President Donald Trump.

Priya Saha, standing twice removed from the most powerful political leader of the world, narrated a litany of lies nonchalantly in well-rehearsed English about the persecution of the Hindu community with the Christians and the Buddhists in Bangladesh. She said that 37 million of them had become victims of enforced disappearances in the hands of the Islamic fundamentalists. When Trump inquired whether action had been taken against the perpetrators, she answered in the negative, stating that they were powerful and blamed the governments for indulging them.

Saha is not the first case who had gone to the United States with the ulterior agenda of tarnishing the image of Bangladesh. Lots of people have done this previously. A leader of Bangladesh Nationalist Party (BNP), Aslam Chowdhury had earlier hired a dubious individual named Mendi Safadi to continue propaganda against Bangladesh’s ruling party. Accordingly, Safadi has been making frantic bids in branding the ruling Awami League as a party hostile towards Hindus and religious minorities in Bangladesh. It may be mentioned here that, BNP is notoriously anti-Semitic and it openly proclaims mega terror outfit Hamas and Hezbollah as their top allies. Priya Saha’s controversial statement to President Trump received instant support from Mendi Safadi and his cronies and one of his lap-dogs, Rachel Avraham wrote an article on Foreign Policy bogs praising Saha for speaking against “dictatorial” regime in Bangladesh.

Meanwhile, a Bangladeshi newspaper named Our Time published a report stating this controversial woman had dinner with Israeli Foreign Minister Yisrael Katz, hinting her anti-Bangladesh activities had patronization from the policymakers in Jerusalem.

Although Dhaka’s anti-Semitic news portal Our Time had made foul bids in falsely claiming Priya having dinner with the Israeli foreign minister, the reality is, the picture was taken during a dinner hosted by the US State Department and Saha’s face in the frame of the photo is nothing but incidental. She neither has any contact with anyone in Israel nor there had even been any exchange of word between her or any of the Israeli officials.

While Bangladesh authorities did not initiate any action against Priya Saha for her false and controversial statement to the US President, it is learnt from Washington that this woman now is running from pillar to post with the hope of getting political asylum along with the members of her family.

Meanwhile, according to credible sources, hundreds and thousands of members of Jamaat e Islami as well as various terror outfits such as Hizbut Tahrir, Hizb Ut Towhid, Jamaatul Mujahedin Bangladesh, Ansar Al Islam, etc., have been fleeing Bangladesh and taking political asylum in a number of European nations as well as Canada. Amongst the European countries, France has become the top choice of these elements.

Who has coordinated the itinerary of Priya Saha though remains a mystery, it is learnt that most of the local staffs in the Western missions in Bangladesh are already have deeper connections with Islamists, jihadists and socialists, as most of them, during their student life had connections with the Islamists, jihadists or the anti-West socialists groups.