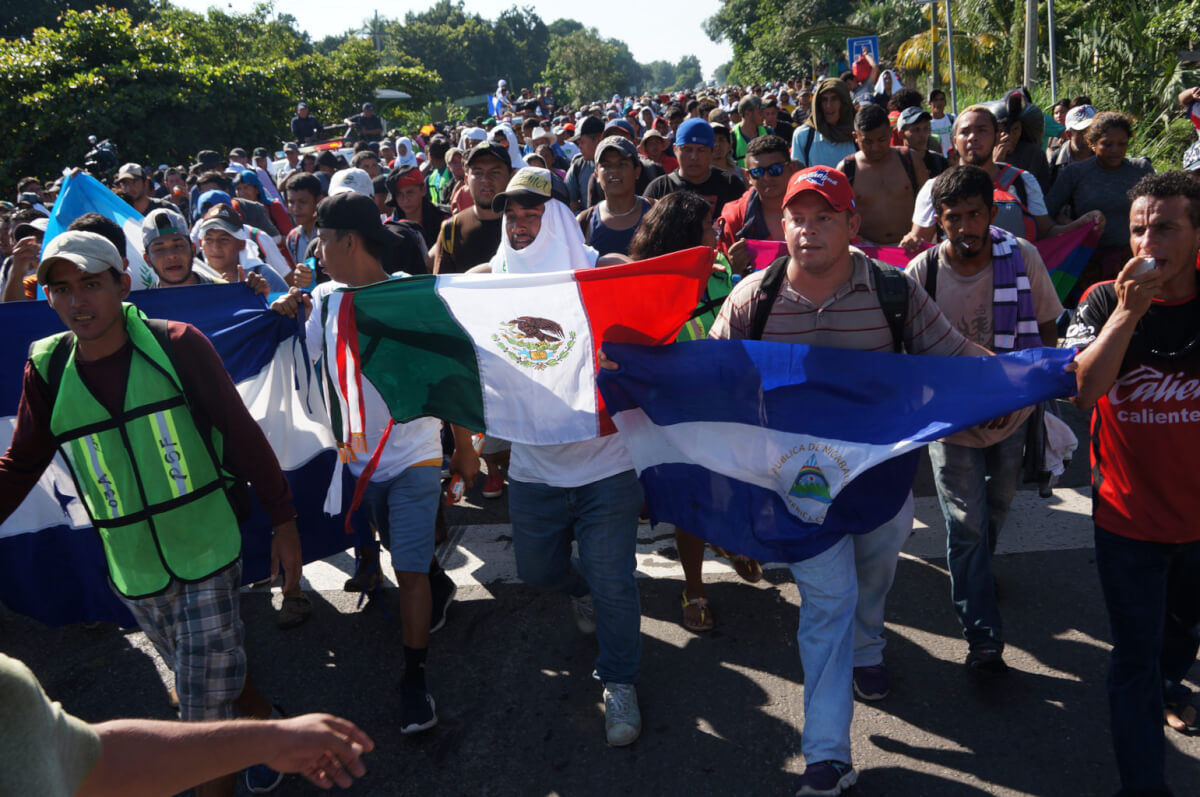 There is no sign of the caravan of migrants stopping or changing direction to any other country. They are gradually heading towards the United States and the number of people is increasing every day. A section of media are trying to portray this as a “minor issue” and even are down-playing it with some ulterior motives. They even are trying to show the number of migrants in the caravan within 2-3 thousand people. What they are not covering is, just recently someone included some women and children at the front row of the caravan to earn sympathy of the world. This newspaper already has reported a number of times, quoting official sources that there are hundreds of hardened criminals from India, Sri Lanka, Bangladesh, Pakistan and African nations in the caravan. There had also been report in this newspaper of supplying weapons to these migrants by some unknown sources.

The organizers of the massive migrant caravan making its way toward the U.S.-Mexico border are intent on giving the impression that the caravan is a spontaneous event, according to reports from the scene.

However, many of the people who are part of the caravan, which Guatemalan intelligence officials now estimate numbers 14,000, provide the same rehearsed answers when interviewed by media outlets.

Most would in concert say, “We were not paid” or “We walked out of our homes to join the caravan because we are poor,” or “This was not organized, this was a natural movement,” said investigative reporter Sara Carter, who interviewed a number of the migrants.

Guatemalan Minister of Defense Luis Miguel Ralda Moreno said that “This was not a spontaneous caravan, but one that was highly organized. The people behind this put women, children and the disabled in the front of the groups and put these people’s lives in danger. Our government is ensuring the safety and health of those who have been manipulated into this march, giving them aide and asking them to go back to their homes. Some have gone home, others have decided that they were moving on to Mexico.”

Carter quoted a Guatemalan government official as saying: “We are investigating the situation and have received information that leftist groups in Honduras have been organizing these people and gathering them from their villages, paying them to take the trek and lying to them about the prospects of getting into the United States.”

Guatemalan authorities noted that Central America is much like the European Union, which allows its residents with proper identification to travel freely across borders making it “more problematic to control the migrants” entering Guatemala.

Carter spoke to two Honduran men “who had broken away from the main group,” who divulged that people had been recruited to join the caravan.

One man, who went by the name Miguel, said that once it started, “more and more people kept joining – we’ve had food, water, and supplies from various groups supporting the caravan. “It’s not a natural event, but what do we have to lose?”

Several men at the front of the group could be heard saying to some of the others “keep moving’ and “don’t speak to them,” the report said.