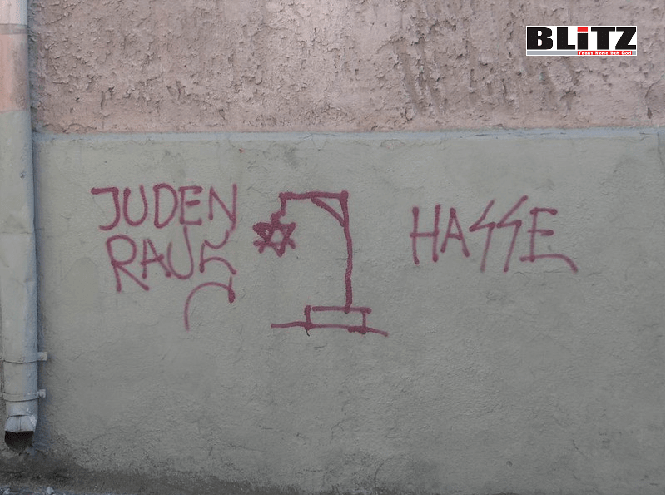 If antisemitism is to be fought effectively, three priorities have to be set.  First, the Israeli government should establish an anti-propaganda agency. Second, an effort must be made to achieve a broad recognition that antisemitism is an ancient and integral element of Western culture. Third, there should be a consistent exposure of Jewish masochists who claim that Israel alone has to be perfect while others do not.

Contemporary antisemitic threats are highly fragmented. Organizations and individuals fighting them usually focus on scattered issues, which results in an inefficient effort to combat the overall problem. Priorities need to be identified—targets that are achievable and can make a big difference in the battle against hatred of Jews and Israel.

A critical step in the battle against the inciters is for Israel to establish an anti-propaganda agency. This body would research developments in antisemitism, monitor incidents, and act—or suggest actions to others—against the hatemongers.

Establishing such an agency would be not only an answer to a moral obligation Israel has toward world Jewry. It would be, first and foremost, a decision in the country’s own interest.

Consider the December 2019 Bicom poll, which found that among the British public 21% feel warmth toward the Palestinians while 19% feel warmth toward Israel. The same poll shows that “terrorism” is the one issue where the British public considers Israel to be a more important ally than the other Middle Eastern countries investigated in the survey.

How is it possible that in a European democracy there is such sympathy for the Palestinians, who, in their only free parliamentary election, gave a majority to the genocide-promoting Hamas party? The only other relevant Palestinian party, Fatah, glorifies the murder of Israeli civilians. The Fatah-controlled Palestinian Authority rewards murderers of Israelis or their families with its “pay for slay” policy.

Israel has grossly failed to give adequate publicity to the terrorist character of those who rule Gaza and the West Bank and the support they receive from the Palestinian people. Had an Israeli anti-propaganda agency existed, the Bicom poll would have set off alarm bells and propelled it into action.

This is only one issue among many that an anti-propaganda agency could address, either by itself or in conjunction with others. Is it so difficult to analyze and expose the anti-Israel bias of the European left-liberal dailies that publish hate cartoons Nazifying Israel? Or to expose the hypocrisy and pseudo-moral bias of some of the major human rights organizations?

Can creative Israelis really not find any way to outwit their country’s enemies in academia, including university heads who tolerate hatred and even violence, in countries such as the US and Canada? As has become abundantly clear, many academic institutions, in particular the humanities faculties, now view their function not so much to impart knowledge as to provide ideological indoctrination, often at Israel’s expense. Israel should not allow this to go on without response.

The next priority is this: An effort must be made to achieve a broad awareness that antisemitism is an ancient and integral element of Western culture. As the culture develops, its antisemitism—always present—mutates into new forms. Historian David Nirenberg documented the interweaving of antisemitism and Western culture over the centuries in his remarkable book Anti-Judaism: The Western Tradition.

The Washington Post wrote that Nirenberg’s book shows “many of the important conceptual and artistic developments in [Western] culture—from Saint John to Saint Augustine to Muhammad, from Shakespeare to Luther to Hegel—depend on denigrating Jews. That’s what’s so chilling: great cultural achievements built on patterns of scapegoating and hatred.”

A single example illustrates how antisemitism persists over centuries. In 1391, many Jews were murdered in Spain. Others converted to Christianity or were expelled. No Jews remained in Valencia, currently Spain’s third-largest city. Fast forward six centuries to 2018, when the extreme left party, Podemos, which constituted the majority of the Valencia City Council, voted to boycott Israel. National Podemos leader Pablo Iglesias Turrión called the Jewish state “illegal” and “criminal.” Jews or no Jews, antisemitism is alive and well in the heart of Valencia.

Once Jews and non-Jews alike recognize that antisemitism is ingrained in Western culture, they will have a common basis from which to investigate the phenomenon from a historical perspective.

Antisemitism can be found across Europe, from Brussels on down. The EU consistently exercises a blatant double standard. It is EU policy to label goods from Israeli settlements, the status of which is debated, but it does not label goods from unambiguously occupied territories elsewhere in the world. Many EU states consistently vote in favor of resolutions condemning Israel at the UN General Assembly with no thought to the fact that there are hardly any such resolutions about the world’s murderous dictatorships.

The third strategic priority in the battle against antisemitism is the exposure of Jewish masochists. There is a millennia-old masochist tradition in Judaism that started with the patriarch Abraham. One can trace it through the Talmud and the Jewish prayer book all the way up to modern-day Jews.

Jewish masochists in Israel and abroad will tell everyone what is wrong with Israel, but rarely discuss the behavior of other countries or of Israel’s enemies. They single out Israel for condemnation while ignoring the criminality of others. In their view, Israel has to be perfect but others do not. According to the International Holocaust Remembrance Alliance (IHRA) definition of antisemitism, that is an antisemitic attitude.

Jewish masochists are easily manipulated by Israel’s enemies, who use their statements to criticize Israel. A prominent Jewish masochist is US Democrat presidential contender Bernie Sanders, who calls the Israeli government “racist” but is silent about Mahmoud Abbas, the president of the Palestinian Authority, who has said no Israelis will be allowed to live in the Palestinian state.

The battle to make Israelis and diaspora Jews understand the importance of these priorities will not be easy, but it has to be fought.