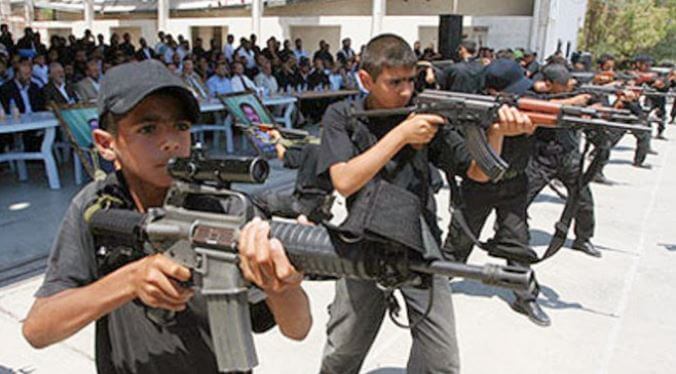 Palestinians like to claim that their problem lies at the heart of Arab concerns, notwithstanding the multiplicity of crisis areas in the Middle East such as Syria, Yemen, and Libya.

A look at Google search trends on the Palestinian problem in the Arab world casts this claim into serious doubt.

The Palestinian problem, like most other political issues, is a function of personal involvement and geographical proximity to the crisis area. This means that it is the Palestinians themselves who search the conflict most frequently, followed by nearby countries, and thinning out the farther the searchers are from “Palestine.”

The term “Zionism,” which for most Arab readers evokes a hostility similar to that evoked in the West by terms such as “Stalinism” and even “Nazism,” demonstrates a similar search pattern. It is searched most by Palestinians and hardly at all by Moroccans.

This is not surprising. A search for Charles de Gaulle, say, would show a similar pattern. Most searchers would be in France and the Francophone states within the French orbit. The more distant the searchers are from France, the less interest one would find in de Gaulle.

Yet when one plots “al-Aqsa Mosque” (masjid al-Aqsa), one gets a very different picture. Here, the laws of self-involvement and proximity still apply but their effect is attenuated.

Religious rather than nationalist or pan-Arab sentiment means that in relative terms, the al-Aqsa mosque is more important to the Arabs than Palestinian resistance.

To begin with, there is little difference between the number of searches related to the mosque conducted by Palestinians in the Palestinian Authority and Gaza, the Arab citizens of Israel, and searchers from Jordan (where Palestinians might still be the majority) versus searches concerning the Palestinian resistance.

A comparison of searches for these terms between two more distant states, Syria and Morocco, reveals the same pattern. Relative to their population, Syrians searched “Palestinian resistance” only one-fortieth as often as did Palestinians. For the al-Aqsa mosque the difference is one-twentieth. While Palestinians searched “Palestinian resistance” 400 times more than Moroccans did, the multiple for al-Aqsa was much lower, at 50.

This was true of most of the Arab states, including Egypt, Algeria, and Tunisia. Interest in the al-Aqsa mosque was far more evenly spread than interest in purely political and nationalist terms such as “Palestinian resistance” and “Zionism.”

This underscores the importance of the religious dimension in the Arabic-speaking world both within and without the Palestinian arena in the Arab-Palestinian conflict.

This is hardly new. Islam was a major if not dominant theme in the most tumultuous periods of strife between Jews and Arabs in the Holy Land.

In April 1920, attacks against Jews began during the religious Nabi Musa pilgrimage to Jerusalem. The 1921 riots began in Jaffa to protest the participation of immodestly clad Jewish women in the May Day demonstrations in Jaffa.

Seven years later, in 1928, Hajj Amin al-Husayni coined the phrase “al-Aqsa in danger” in a pan-Islamic campaign against the Zionist movement that led up to the most murderous onslaught against Jews to date in August 1929. This term has since been adopted by both Hamas and the northern branch of the Islamic Movement (banned in 2015).

During the second intifada, the PA and Fatah tried in vain to name the conflict the “Independence Intifada” in its struggle against a rising Hamas, which wanted to color the conflict with Israel in religious terms. Today, it is universally referred to in Arabic as the “al-Aqsa intifada,” even in Fatah and PA discourse.

The same religious zeal regarding the Palestinian cause can be found in the Arab world.

The Egyptian Muslim Brotherhood sent by far the largest number of volunteers during the War of Independence, and they played a major role in the blockade of Jerusalem.

In 1973, the secular, nationalist, and socialist Egyptian state motivated its soldiers to cross the canal to wage religious war against the Israeli infidels. Israel’s Arab citizens rallied to the Palestinian cause in mass riots for the first time during the initial ten days of the 2000 outbreak of violence chanting “Khaibar, Khaibar Ya Yahud, Jeish Muhammad sa Ya’ud” (“Recall Khaibar, oh Jews, Muhammad’s army will return”), a reference to the total defeat of Jewish tribes in the Khaibar oasis at Muhammad’s hands in the early years of Islam.

Why emphasize the religious nature of the conflict?

The answer lies among English language readers, many of whom are secular and who believe others are motivated by secular concepts. A search for the term “Palestinian resistance” in English compared to “al-Asqsa mosque” produces over three times more web pages for the former than for the latter. In Arabic, more web pages are generated for the mosque.

To understand the Middle East, you have to think in Arabic and take religion much more seriously than it is taken in the West.