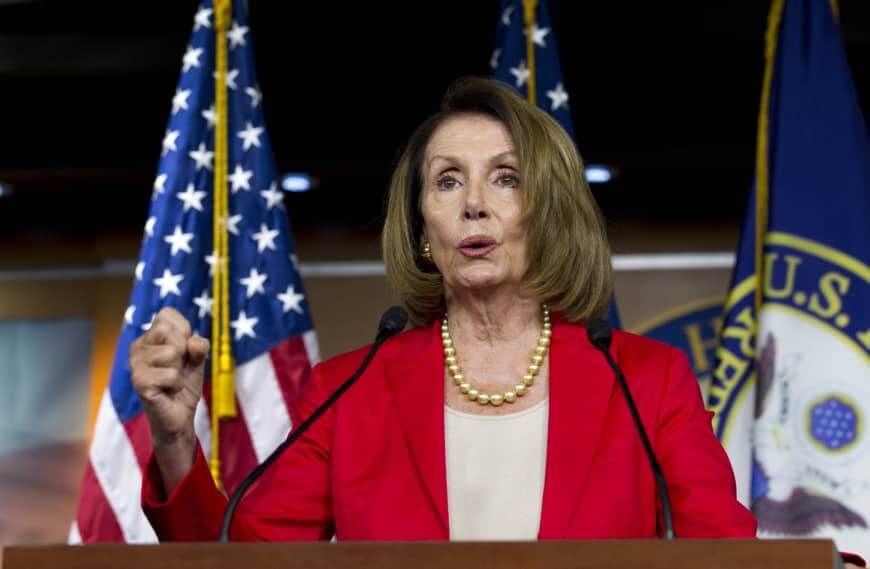 Although Democratic Party, comprising preachers of radical Islam and socialism are expressing extreme delight at their ‘victory’ in winning a majority in the United States’ Congress, WND reports poll officials allowing tons of illegals to vote with a clear agenda of somehow and anyhow making Democrats winner. The report said, “In its latest undercover video series on the midterm elections, Project Veritas found election officials in Texas affirming non-citizens can vote and admitting “tons” already had done so in early voting.

“The video released Tuesday shows a Project Veritas journalist asking an election official if her illegal immigrant boyfriend can vote as long as he is registered to vote and has a driver’s license.

“The Project Veritas journalist responds: “Right. It doesn’t matter that he’s not a citizen? I saw some mess on the internet that it’s not legal for him to vote because.”

“The official says: “No. Don’t pay any attention to that. Bring him up here.”

Another official says there’s no issue with “DACA people” voting, referring to the illegal immigrant children whose deportation was delayed through an executive memorandum issued by President Obama.”

Last week, a video featured a staffer for Florida gubernatorial Democratic candidate Rep. Andrew Gillum referring to Florida as a “f***ed up state” and a “cracker state” in which the campaign must appeal to “white guilt.”

The staffer admitted that while Gillum presents himself as a moderate, he’s a “progressive” and “part of the crazy, crazy, crazies.”

In the run-up to Election Day, there were fears over armed New Black Panthers, voting machines that changed votes. Hundreds and thousands of voting machines were installed to change the election result. This particular arrangement was made by the Democratic Party with the direct cooperation of the polling officials.

Where did all these voters come from?

Eminent columnist Joseph Farah in an exclusive opinion editorial in WND questioned the “furious turning out” to vote in the midterm elections. He wrote, “Am I alone in my skepticism about the turnout Tuesday? I don’t know about you, but when I hear about Americans furiously turning out to vote in midterm elections that used to put people to sleep, I get suspicious.

“Here’s the thing: When Republicans vote in America, Republicans actually vote. That’s not the case among Democrats. There you could get dead people. You could get fake voters. You could get illegal voters. Well, when I watch videos in which Democratic activists boast about engaging in vote fraud, I take it seriously. I don’t think anyone pretends to engage in vote tampering. Do you?”

Result of the general election was greatly manipulated by the Democrats through false votes and illegal voters. This special arrangement made the way cleared for the preachers of radical Islam and socialism to gradually grab power – initially the Congress and in 2020 the White House. With the result of the midterm election, leftist Democrats are already seeing Bernie Sanders of Hillary Clinton as their most prospective candidate for the presidency in 2020.

Commenting on the election result, a political analyst in the US told Blitz, “This is a ballot coup of the Islamist-Socialist nexus. American democracy is dead and the country has chosen the path of chaos, confrontation and sufferings in the days to come.”

Assault on the Republicans:

Prior to the midterm election, number of key figures in the Democratic Party had already suggested physical attacks on the leaders of the Republican Party. There are even conspiracies of attacking and rampaging properties of the Republicans. With Islamists and socialists now gaining majority in the House, such attacks may occur onwards turning America’s law and order situation into a worst-ever level.

There is no doubt about further rise of antisemitism in the United States onwards, most of which would receive direct patronization of the antisemitic forces within the party. The most vulnerable would be the American Jewry, though a large proportion of it voted in favor of the Democrats.

Impeachment of the President:

One of the top agendas of the Democrats is to bring impeachment proceedings against President Donald Trump. Individuals like Barack Hussein Obama and Hillary Clinton would now press for the impeachment soon after Congress goes into session. Next two years would be extreme chaotic for the American politics.

Hearing the news of Democrats getting majority in the House, Iranian leaders have expressed “satisfaction” and “delight” and even have privately congratulated a number of the leaders of the party. Iran, along with some anti-US Arab nations had secretly provided millions of dollars into the campaign of the Democratic Party. Anti American media too are cheering at the victory of the Democrats.

Illegal migrants in the caravan will be welcome:

Democrats will now press President Donald Trump in allowing thousands of illegal migrants in the caravan to enter the land of the US. According to earlier reports published in Blitz, a significant proportion of these migrants consist of hardened criminals as well as members of Al Qaeda, ISIS, Hezbollah and Hamas. Small and medium weapons along with explosives had already been supplied to these migrants by the enemies of America.

Growth of American economy will come to a standstill:

With Democrats winning majority in the House, there will be continuous obstacles in President Donald Trump’s economic policy as well as his tremendous achievement in creating new jobs for the Americans. Democrats hate America becoming a rich nation where socialism may not find any base. Their agenda is to turn American into an authoritarian socialist country. On the other hand, Islamists inside the Democratic Party are willing to see the rise of radical Islam in the US. With the help of those Islamists inside the Democratic Party, Muslim population in the country will significantly increase in next two years.

Vijaya Laxmi Tripura is a Special Contributor of Blitz.