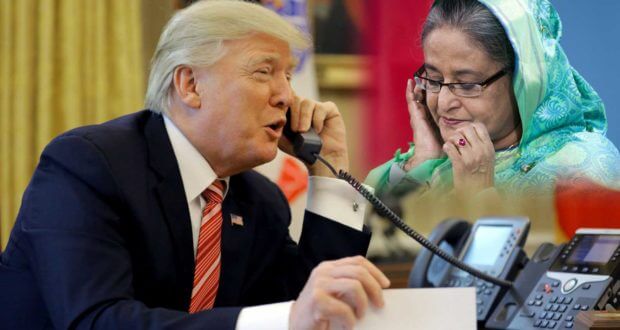 As the December 30 general election in Bangladesh is getting nearer, international media has been regularly publishing disturbing news about pre-polls violence throughout the country.

In response to the statement of the US State Department, Bangladesh’s Foreign Ministry in a statement said it was “disheartened” at the US statement.

Commenting on this situation, Ali Riaz, a political science professor with Illinois State University told Al Jazeera, “I will not be surprised if it is read by the US policymakers, including the Congress, as an unwillingness of the Bangladeshi government to ensure a credible and acceptable election.”

On the overall pre-election situation in Bangladesh, Ali Riaz said, “Add this to the absence of a level playing field, large-scale arrests of opposition candidates and activists, the impunity enjoyed by the ruling party activists in perpetrating violence, the credibility and integrity of the election is increasingly becoming questionable.”

Immediately after the publication of the report, UK’s Ealing Central and Acton’s Labour MP Rupa Huq (email: [email protected]) in a tweet message said, “Getting lots of notifications about violence suffered by opposition contesting elections in Bangladesh in 5 days. Whilst I’ve never been MP for the entire diaspora it’s sure a sad state of affairs when Trump govt condemns non granting of observers visas to monitor but U.K silent.”

Earlier, on December 21, 2018 at 3:21 PM, Robert Palladino, Deputy Spokesperson of the State Department in a tweet message said, “U.S. is disappointed by Government of #Bangladesh’s inability to grant credentials & issue visas within the timeframe necessary to conduct a credible international monitoring mission to the majority of international election monitors from @ANFREL, which U.S. funded through @NDI.”

It should be mentioned here that ANFREL chairman is Koul Panha is a Cambodian national and has no affiliation with any of the political parties in Bangladesh.

While Bangladesh and United States have already exchanged unpleasant words centering the foreign observer issue, political analysts in Dhaka believe, Bangladesh may not pay much heed to what the US policymakers say about the upcoming general election as for many years, Washington’s influence in South Asia has been greatly minimized. Moreover, the ruling party in Bangladesh enjoys strong support from India, which has already been proved as extremely effective. It was India that has played crucial role in 2014 in helping the ruling Awami League in ignoring reservations expressed by some Western nations. At that time, China and Russia also stood in support of Awami League.

Observers say, ruling Awami League should move ahead with its own strategies in winning the December 30 general election without much bothering about the possible reaction from the United Nations and the West.

But policymakers in the US are differing to the opinion of the Bangladeshi observers saying Bangladesh government may not succeed in holding another questioned election. They said the controversy centering the foreign observers may complicate further.

According to sources, lobbyists appointed by Bangladesh Nationalist Party (BNP) and Jamaat-e-Islami Bangladesh (JIB) are actively pursuing the US policymakers in taking some “tough” measures immediately to “compel Bangladesh authorities” in ensuring a free and fair election.

It may be mentioned here that, Bangladesh exports goods worth billions of dollars to the United States, European Union and Britain.

Earlier, a House Resolution – HR 1169, introduced by William R. Keating, from the Democratic Party, was unanimously passed on December 12, 2018 reaffirming the commitment of the United States to promote free, fair, transparent and credible elections in Bangladesh.
In the resolution it is said:

“Whereas in recent years, Bangladesh’s democratic system has faced challenges, including political violence, environmental strain, Islamist militancy, a refugee crisis, and challenges to freedom of speech and press;
Whereas free, fair, transparent, and credible elections are the cornerstone of every democracy;

“Whereas the United States-Bangladesh relationship is built on a foundation of shared values and cooperation on issues including economic growth and development, labor rights, peacekeeping, counter terrorism, and the environment and climate;

“Resolved, That the House of Representatives-