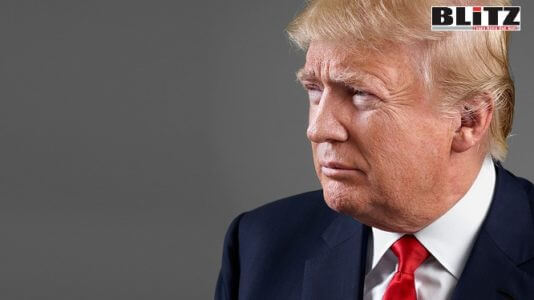 President Donald Trump’s amateurish use of a felt-tip pen to alter an already outdated map from the National Hurricane Center, in an effort to sustain an earlier assertion about Hurricane Dorian threatening Alabama, bordered on self-parody. It was only slightly less contrived than the fun that online wags had in suggesting other ways a Sharpie could be used to bolster Trump’s ego. The episode illustrated some now-familiar Trump characteristics that critics have highlighted, including his refusal to admit any mistake, however minor, and the enormous time and attention he is willing to spend on what otherwise would have been a forgettable slip.

One could add to that list of characteristics Trump’s tactic of trying to establish falsehoods through sheer repetition, despite an abundance of contrary evidence. The Washington Post’s fact-checker, who as of last month had tallied more than twelve hundred false or misleading statements from Trump since he took office, has had to add a new category of “Bottomless Pinocchios” for claims that Trump has repeated at least twenty times despite having already been proven false.

But the most disturbing aspect of the episode about the hurricane was the use of executive power to deny and discredit objective work by government experts in a bureau such as the National Weather Service. A directive came down through the weather service’s parent agency, evidently originating with Trump himself, that no one was to say anything that contradicted whatever came out of the White House. The directive scolded the weather service’s Birmingham office for correctly advising the citizens of Alabama that Dorian was not going to hit their state. The placing of a political thumb on what is supposed to be objective meteorology understandably outraged many professional meteorologists—as expressed by the ones free to speak, including former government experts as well as television station weather people.

This political suppression of an objectively derived conclusion was especially obvious because the science of hurricane forecasting deals with especially nonpolitical phenomena such as ocean temperatures and steering winds, because the relevant data are freely available, and because there are many experts outside as well as inside government who analyze the data. But the episode points to how much the suppression and manipulation of truth can occur on other topics, and for political reasons other than just protecting Donald Trump’s ego. As Michael Halpern of the Union of Concerned Scientists comments, “If we’re politicizing the weather, what is there left to politicize?”

There probably are some things left, but the Trump administration has already politicized many things. Most closely related to the weather is climate change, an issue with existential implications on which the administration has suppressed congressional testimony and other output from the executive branch that would reflect the overwhelming scientific consensus about human-induced global warming. In economics there is the trade war with China, in which the president has repeatedly and erroneously asserted that China is paying the tariffs, even though that is not how tariffs work.

Climate change and trade wars are still similar to hurricane forecasting in that ample data exist to disprove the false allegations, and there are ample experts—outside government and free of political pressure—to analyze the data and speak publicly about their conclusions. Among the subjects on which to worry the most are ones on which relevant information tends to be less readily available and more limited by government restrictions, which defines many topics which intelligence services are charged with monitoring and analyzing.

Trump has demonstrated his disdain for those services from the beginning of his presidency, no doubt primarily spurred by the intelligence agencies’ politically inconvenient conclusions about the Russian election interference that helped to put Trump in office. The continued disdain has featured Trump openly siding with the Russian president over his own intelligence agencies on this subject.

The political manipulation of intelligence—and the intentional misleading of the public on topics to which intelligence ordinarily is looked for information and analysis—has been most intense on topics on which the administration has become most politically committed. In foreign affairs this certainly includes, in addition to the trade war, the campaign of hostility and pressure against Iran. And so, for example, at about the same time Trump was displaying his adulterated hurricane map, Secretary of State Mike Pompeo was asserting in an interview that Iran announced that “they’re going to continue to do more research and development on their nuclear weapon systems.” That assertion was a lie. Iran did not say it is working on nuclear weapons systems, and there is no evidence that it is doing any such work. The measured way in which Iran has exceeded some of the limits in the multilateral nuclear agreement that the Trump administration violated wholesale more than a year ago involves no weapons work and is designed as leverage to induce a return to compliance with the agreement.

Enough public (and confirmed by the International Atomic Energy Agency) information is available to refute a lie like Pompeo’s. But a foreign nuclear program is still fairly esoteric stuff. For example, there is no education of the public that is comparable to TV weathermen educating the public about hurricanes by displaying maps on television screens across the country. And so the administration more easily convinces much of the public that the lie is true.

As with many of Trump’s excesses, he has taken to extremes some damaging tendencies that appeared earlier. Presidential adviser Kellyanne Conway’s concept of “alternative facts” was foreshadowed during the George W. Bush administration by presidential adviser Karl Rove’s disparagement of the “reality-based community” and declaration that “we’re an empire now, and when we act, we create our own reality.” The manipulation of intelligence during that earlier administration—to muster public support for an offensive war against Iraq—was severe and included the false notion, in direct contradiction to conclusions of the intelligence agencies, that the Iraqi regime had an “alliance” with the terrorist group Al Qaeda.

The Trump administration is metaphorically taking a Sharpie to many topics. On most of them, however, what it is doing is less comically obvious to the public than is a hand-drawn line on an otherwise professionally prepared weather map.

Paul R. Pillar is a contributing editor at the National Interest and the author of Why America Misunderstands the World