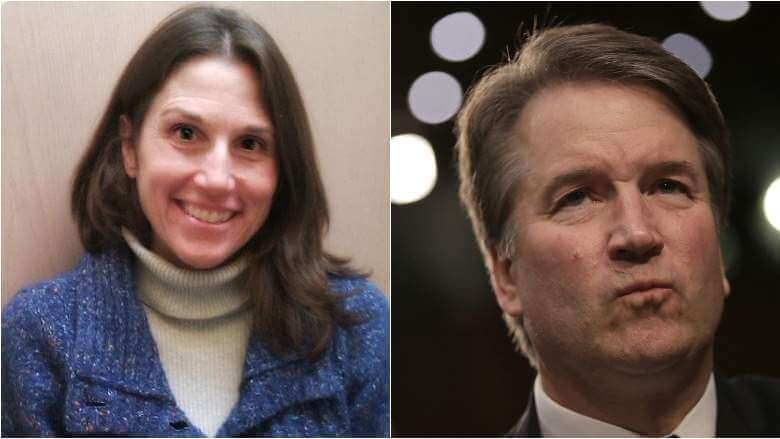 President Donald Trump on Tuesday went after the second woman who has come forward to accuse Supreme Court nominee Brett Kavanaugh of sexual misconduct, suggesting she lacks credibility in part because she was intoxicated during the alleged incident.

Deborah Ramirez alleges that Kavanaugh exposed himself and thrust his genitals in her face at a college party during their freshman year at Yale in the 1980s. She acknowledged in her account to The New Yorker that she had been drinking prior to the alleged incident, and had gaps in her memory of the event.

“The second accuser has nothing,” Trump told reporters during a meeting with the Colombian president at the U.N. General Assembly in New York on Tuesday.

Trump claimed that allegations from Ramirez and Christine Blasey Ford are part of a “con game” by Democrats against his Supreme Court nominee.

“I can tell you that false accusations of all types are made against a lot of people,” the president added. “This is a high-quality person and I certainly hope — it would be a horrible insult to our country if this doesn’t happen. And it would be a horrible horrible thing for future political people, judges … it cannot be allowed to happen.”

Trump, motioning to Colombian President Iván Duque Márquez, suggested that other countries are looking on with disbelief about the chaos surrounding Kavanaugh’s nomination.

“You, as watching this, as the president of a great country, Colombia, you must say, ‘How is this possible?’ ” Trump said.

Ramirez’s allegations came out a week after Ford went public alleging that Kavanaugh pinned her to a bed and tried to remove her clothes during a high school party in 1982, then covered her mouth when she tried to scream.

Kavanaugh has denied the allegations from both women.

Kavanaugh and Ford are scheduled to testify about her allegations on Thursday before the Senate Judiciary Committee.

Trump on Tuesday decried the charges as “totally unsubstantiated,” and repeated his criticism that the accusers did not come forward sooner.

Advocates of sexual assault survivors have noted in the face of Trump’s criticism that victims often wait to report incidents, or never report them at all.

Kavanaugh appeared with his wife, Ashley, in an interview with Fox News on Monday night in which the couple defended Kavanaugh’s character and adamantly denied the allegations.

The judge vowed that he would not withdraw from the nomination process.

Trump on Tuesday praised Kavanaugh’s interview performance as “so truthful.” The president also called the judge’s defense that he wasn’t aware of any potential sexual assault at high school parties because he was focused on schoolwork “so believable.”

While Trump was initially restrained in his handling of Ford’s allegations last week, calling for her to have an opportunity to speak, the president and Republicans have in recent days taken a more aggressive approach, questioning the accuser’s credibility and suggesting the accusations are part of a smear campaign against Kavanaugh.

“The Democrats are working hard to destroy a wonderful man, and a man who has the potential to be one of our greatest Supreme Court Justices ever, with an array of False Accusations the likes of which have never been seen before!” Trump tweeted late Monday.

Trump has been accused by more than a dozen women of sexual misconduct, many claims of which came out during the 2016 presidential race. He has denied all of the allegations.