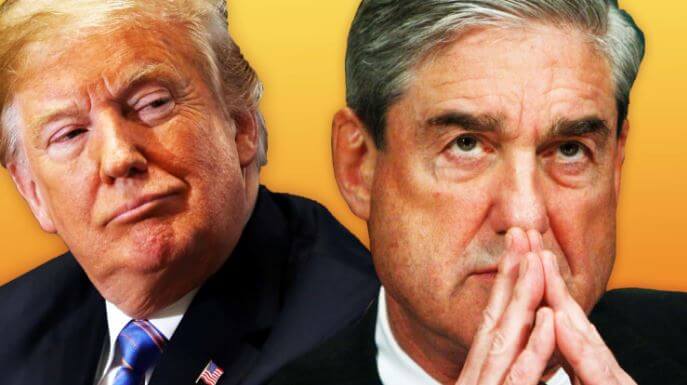 As headlines warn of new pending indictments of bit players in the alleged Russian collusion scandal, the White House has been portrayed as under siege with a brooding President Donald Trump snarling at staff and bitter about his fate.

Sensing perhaps that his base is fed up with what he regards as “fake news” about the 2-year-long drama, Trump has come out swinging on Twitter.

The ongoing Russia investigation being conducted by special counsel Robert Mueller is “a disgrace” to the country and has “gone absolutely nuts,” President Donald Trump tweeted on Nov. 15.

“The inner workings of the Mueller investigation are a total mess. They have found no collusion and have gone absolutely nuts,” Trump tweeted.

“They are screaming and shouting at people, horribly threatening them to come up with the answers they want. They are a disgrace to our Nation and don’t care how many lives the(y) ruin.”

Trump continued: “These are Angry People, including the highly conflicted Bob Mueller, who worked for Obama for 8 years. They won’t even look at all of the bad acts and crimes on the other side. A TOTAL WITCH HUNT LIKE NO OTHER IN AMERICAN HISTORY!”

Late last month, Trump’s personal lawyer Rudy Giuliani told Bloomberg News that a face-to-face interview between Trump and Mueller was “off the table,” though he did not definitively rule out the possibility.

Washington Times columnist Cheryl K. Chumley wrote that Trump’s tweets were spot on and the Mueller investigation should be closed.

“The whole Russia collusion thing? Outside of the progressive-minded partisans on Capitol Hill, the media talkers who support them, and the leftist fundraisers with political scores to settle, nobody believes there’s anything to uncover.”