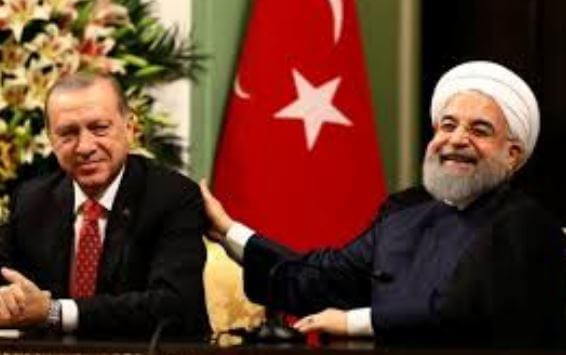 Turkey says it will not attend a U.S.-sponsored summit set to be chaired by Secretary of State Mike Pompeo today because it’s “anti-Iran.” This United States and Poland set up the meeting to organize allies against Iranian influence.

“Turkey’s political participation that targets one country is out of the question,” said a Turkish Foreign Ministry spokesperson. “Our embassy in Warsaw will follow it.”

When the issue is Israel, Turkey lacks such apprehension. Following President Trump’s decision to move the U.S. Embassy to Jerusalem, Turkey called on the Organization for Islamic Cooperation to convene an extraordinary summit to confront the decision.

While posturing as an American NATO ally in the Middle East, Turkey increasingly has become cozier with U.S. adversaries like Iran. President Recep Tayyip Erdogan denounced new Trump administration sanctions against Iran as “imperial” and told U.S. officials it would not implement them. Turkey gets an estimated 200,000 barrels of oil per day from Iran at full at full capacity, as well as a fifth of its gas imports.

“We buy oil from Iran and we purchase it in proper conditions. What is the other option?” Turkish Foreign Minister Mevlut Çavuşoğlu asked last June.

A federal court in New York convicted Turkish banker Mehmet Hakan Atilla last May of participating in a scheme to violate U.S. sanctions on Iran. Atilla and others conspired to give the Iranian government and associated entities access to restricted oil revenues through U.S. and international financial networks. The conspirators lied to U.S. Treasury officials about Turkish state-owned Halkbank’s involvement in actions to help evade U.S. sanctions. Documents fraudulently disguised prohibited transactions with Iran as humanitarian in nature.

Iran and Turkey have vowed to work together following the U.S. pullout from Syria.

This pattern reiterates that Turkey’s alliance with the U.S. only exists on paper.