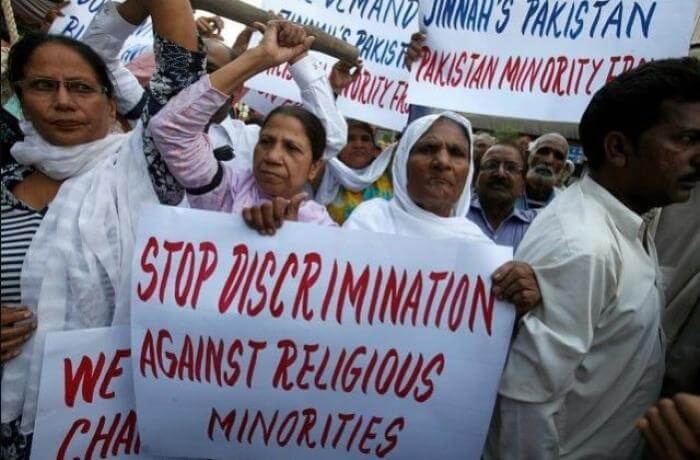 Editor’s Note: Pakistan clearly is a rogue nation, where religious minorities are regularly facing persecution. We have heard about Asia Bibi. Now we need to raise our voices against the latest incident of the two Christian brothers, who are handed-down death penalty by a Pakistani court on blasphemy charge. In the recent years, Muslim nations are increasing using the notorious blasphemy law for persecuting people. I have served years of rigorous imprisonment being convicted by a Bangladeshi court under the blasphemy law for the “crime” of terming Osama Bin Laden and Yaseer Arafat as terrorists and exposing madrassas as the breeding grounds of jihadist. In 2007, the United States Congress had passed a bi-partisan resolution (HR-64) by 409:1 [Rep. Ron Paul voted against] votes in my defence. The European Union Parliament and the Australian Senate had also passed similar resolutions. But the Bangladesh authorities have totally ignored these resolutions thus proving, it has no respect for the US Congress, European Union Parliament and the Australian Senate.

Internationally acclaimed research scholar, Robert Spencer has been exposing radical Islam and jihad for many years. Here he has once again brought the case of the two Christian brothers, who may be hanged to death in Pakistan unless we immediately condemn such notoriety of the rogue Islamic republic named Pakistan.

No one will take any particular notice of this. It isn’t as if something important such as “Islamophobia” was being committed.

Lahore (AsiaNews/Agencies) – Two Christian brothers have been sentenced to death in Pakistan on blasphemy charges, the Centre for Legal Aid, Assistance and Settlement (CLAAS) announced today.

Qaisar and Amoon Ayub, from Lahore, were arrested in 2015 after one of the two was accused of posting offensive material against Islam on their website.

Qaisar and his wife Amina have three children, whilst Amoon is married to Huma, a teacher at Lahore Cathedral School.

The allegations surfaced in 2011 when they were accused of posting disrespectful material on their website; however, the accused say that their website was not active since 2009.

The two brothers have been held in Jhelum District Jail since their arrest. Additional Session judge Javed Iqbal Bosal informed them of the sentence directly in the prison for security reasons.