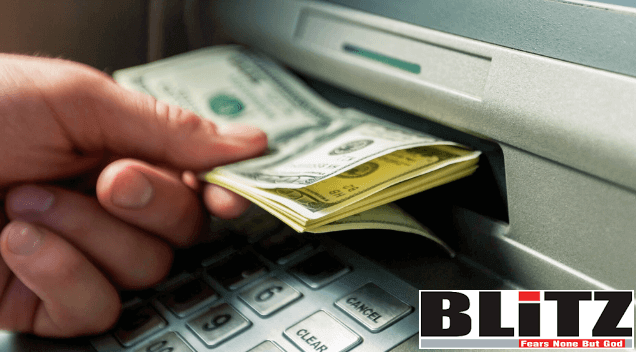 As Ukraine’s economy improves, options available for travel to the region have improved dramatically – along with greater availability for goods and services.

However, Ukraine is still very much a cash economy, despite its attempts to integrate into European and other international institutions. As a result of this, and without any regulatory bodies with any real clout to step in, there are many points for financial exploitation within Ukraine.

ATMs are becoming more prevalent in Ukraine, especially in major cities like Kiev. However, they are big targets for crooks – some who even go to the trouble to create their own fake ATMs!

Not a joke – it was reported in Ukrainian media that a set of criminals had built a machine in the commercial center of Kyiv offering withdrawals with “no commission”, obviously looking to target travelers who would normally be none the wiser.

When people inserted their card and tried to take their cash out, the machine spat out the message “Damage Of Equipment” – the card was stuck, and the crooks had access to the PIN.

Aside from this criminal ingenuity, there have been wide reports of “card skimming” – where criminals videotape customers entering their PINs, or set up systems that allow the information on the card to be duplicated to a replica and used later.

But it’s not just ATMs that have been a focus for technologically inclined criminals. Some of the biggest criminal undertakings in the world in regard to credit card number collection, especially on the internet, have been masterminded in Ukraine.

The key is to be very cautious when using credit cards or ATMs and deal only with reputable businesses. If you are affected by these kinds of crimes, don’t expect Ukrainian authorities to offer up much in the way of help.